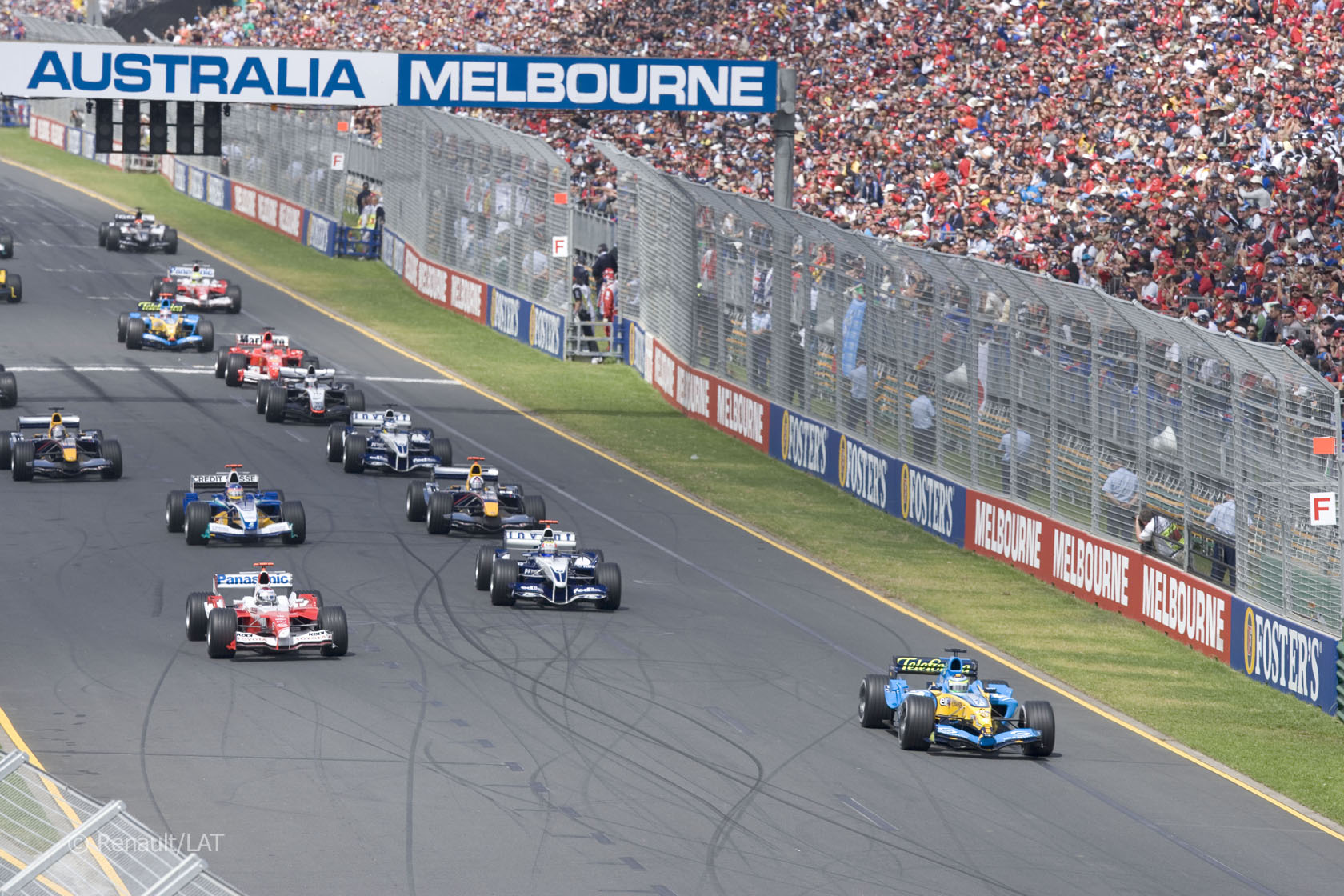 F1 resurrected or just more bore? The national press react to the first round of 2005

Having given away a 68-page guide to the new season last week, The Guardian gave the Australian Grand Prix ample coverage with the jubilant Renault team splashed over the front of the sports supplement. Richard Williams spared Paul Stoddart no blushes, lambasting his attempt to “embarrass the authorities into granting a wholly unwarranted exemption… he humiliated only himself.” Alan Henry picked out the significance of Rubens Barrichello’s second place for the title race.

In tabloid land it’s painful punchlines all over the place. “Bubbly Fisi Rome and Dry” is the Daily Star’s sterling effort, while The Mirror’s “Just Call Me Fizzychella” (champagne, you see) is just plain awful. The Sun plumped for a more abstract effort: “I see you baby… kickin that ass” being, as they explain in their opening paragraph, a reference to Renault’s advertising campaigns. The usual guy must have been off.

Surprisingly, few of the compact papers leap at the opportunity to stick one into Schumacher as in days of old. “Schumacher appeared to close the door on Nick Heidfeld” tells The Sun’s Stan Piecha. “Schuey looked to have squeezed Heidfeld” says James Murray of the Daily Star. I was expecting at least one of them to have Photoshopped him into a WWI helmet.

And, perhaps having OD’d on Button-mania last year, Coulthard’s impressive fourth for Red Bull gets worthy column inches in the Mirror, Star and Sun. Writing in The Mirror, Byron Young reminds us, “this was not a result handed to him by attrition…this result was built on an inspired qualifying lap and a blistering start.”

The Daily Mail is the only one to venture an opinion on whether the new rules have worked or not. “It’s an even bigger bore than ever” laments Alan Fraser, though he offers little by way of explanation. He did pick out Martin Brundle’s delicious remark that he wanted to stop the race and ask the drivers what was wrong, but on the evidence of a single race it’s too early to write off the season just yet. Regular writer Ray Matts gives a better write-up.