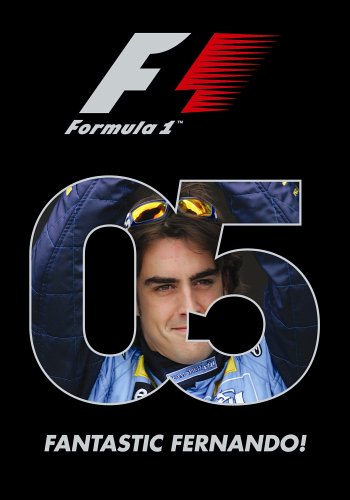 The Formula 1 season review DVDs are in desperate need of some development.

The fundamental components have gone unchanged for several years: Ben Edwards is a fine commentator, but he is apparently required to talk as if the race is happening live which sounds ridiculous several months on, not to mention a couple of years later.

As usual, the best bits of action are mingled with a backing music track, which sounds desperately naff.

Worse, despite being 3hrs 40mins long some incidents are completely overlooked, including Nick Heidfeld re-passing Ralf Schumacher at Malaysia and the whole Fernando Alonso / Christian Klien mix-up in Suzuka that arguably cost Alonso a win.

There’s no shortage of shots of irrelevant celebrities though. Joy.

At least 2005 gave us some good action: that unforgettable race in Suzuka, genuine overtaking at Monaco and plenty of incident.

Important incidents from practice and qualifying are covered, and if you have a hunt around you can find onboard laps of each track, but little real effort is made to exploit DVD technology allowing multiple angles of the major action to be replayed. Nor are alternative commentaries offered (could we please have one without the music?)

This is an adequate review, but it really doesn’t push the boundaries at all. From a sport at the cutting edge of technology you expect more than this decidedly average DVD.

Best bit: You can watch the Michael Schumacher-Fernado Alonso battle at Imola uninterrupted by ITV’s adverts.