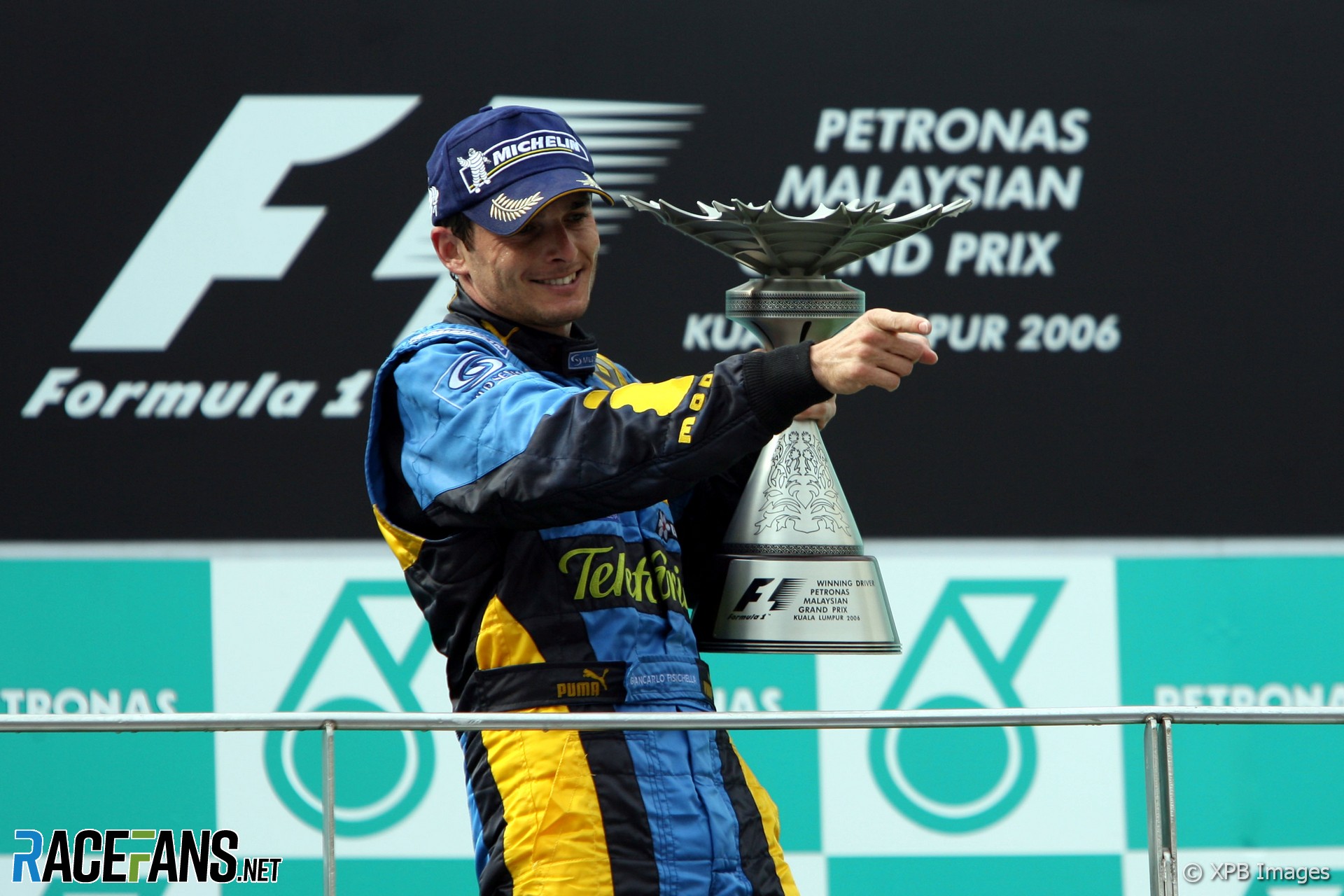 The finely-poised qualifying session promised us a great race. But, after the high of Bahrain, the Malaysian Grand Prix failed to deliver anything in the way of thrills. Giancarlo Fisichella took the win, but you wondered what might have happened had the Renault bosses not defused his team-mate’s charge.

As the 22 cars formed up on the dummy grid the sense of anticipation was palpable. Up front, Fisichella and Jenson Button, the latter wringing every last drop of speed from his Honda to get on terms with the flying Renaults. Behind, star rookie Nico Rosberg who had narrowly edged out qualifying specialist Mark Webber, in a pair of Williams-Cosworths that the team promised would be wielded more aggressively than in Bahrain.

Behind them, Juan Pablo Montoya narrowly ahead of Kimi Raikkonen, wielding the yet-unrealised potential of their new McLarens; Bahrain winner Fernando Alonso, held back to seventh after taking on too much fuel in qualifying; and the man he beat in Bahrain, Michael Schumacher, 14th after an engine change, and ready to pounce.

But when the red lights went out the chance of an entertaining race rapidly unravelled in a manner the Formula One fans have become used in the refuelling era.

Alonso sprinted past the McLarens and Williams cars to third, chasing Button. Raikkonen was bundled out of the race by Klien at turn four on the first lap and Montoya, as in Bahrain, simply didn’t figure – strongly suggesting that he had in deed been dealt a slow engine for the first two races of the year.

Both Williams drivers had retired by lap 17, and Schumacher made only slow progress forward in his Ferrari. He was aided by a passive and disinterested Jarno Trulli, who practically pulled over to let the former champion through on lap Jacques Villeneuve and Felipe Massa also motored past the Italian without difficulty.

Thus there was rapidly little left of a race to watch that was worthy of the name. Button simply couldn’t keep Fisichella in sight and was falling into Alonso’s clutches. Sure enough, Alonso snuck past at the final stop.

At this point the race took perhaps its most disappointing turn. When Alonso scorched out of the pits on lap 46 he began to savage Fisichella’s advantage – 1.8s faster on his first lap out of the pits, 1.3s on the second leaving an 8.5s gap to eradicate in the final nine tours.

Whereupon Alonso immediately backed off and began lapping at his team-mate’s pace, Renault having dictated – as Ferrari did in 2004 – that that was enough excitement for one day, and their boys should motor home in their current order. After a frustratingly dull race, this was a most unsatisfactory outcome.

More surprising was Michael Schumacher’s apparent disinterest in passing Felipe Massa for sixth, which became fifth when the fast-but-unspectacular Nick Heidfeld suffered an untimely BMW engine failure with eight laps remaining, just as he was beginning to look as if he could take fourth from Montoya.

Ralf Schumacher justly claimed the final point for Toyota having been quicker – and more engaging – than Trulli all weekend. But the TF106 still looks some way off being the miracle Toyota were hoping for.