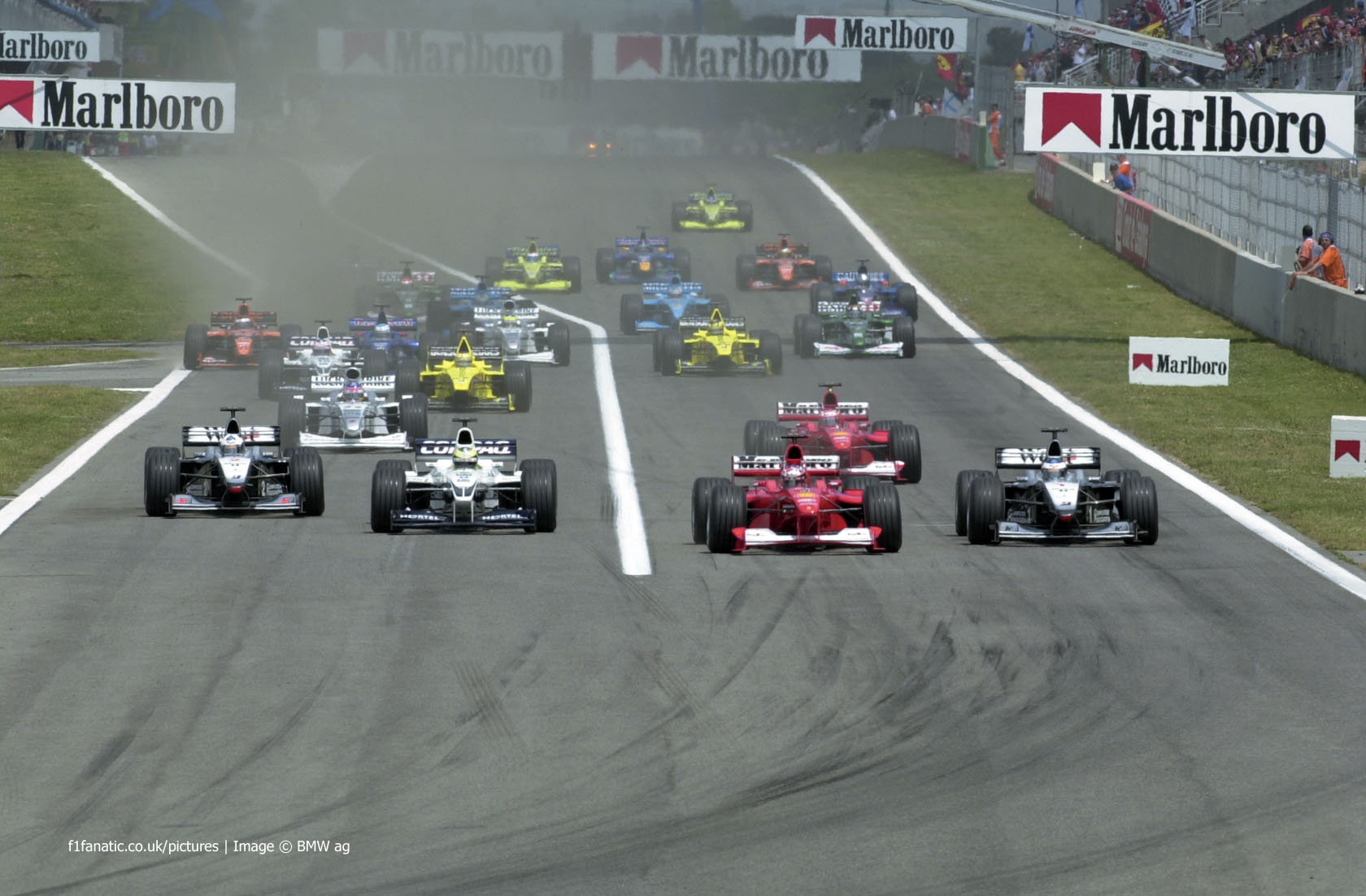 The banning of Renault’s mass dampers last year and the Michelin tyres in 2003 generated substantial press interest and controversy.

In contrast the banning of beryllium and its alloys from F1 cars and, in particular, their engines did not.

But that ban still rankled deeply within the team hit hardest by the rules change – McLaren.

The last two seasons of the 1990s were all about the battle between McLaren and Ferrari. A battle which was fought behind close doors over the minutiae of the rule book as much as it was on the track.

From McLaren’s trick rear brake uncovered at the start of 1998 to Ferrari’s dubious barge boards late in 1999, neither team every missed an opportunity to smack the other down with a volume of the FIA technical regulations.

As Ferrari’s car performance drew closer to McLaren’s, the differences in engine power between the two became starkly clear to Ross Brawn. He realised that McLaren’s Mercedes engine was able to rev as high as Ferrari’s, but with a longer piston stroke, ultimately delivering more power:

With a longer stroke, Merecedes reaches the same revs we do. God knows how they do it.

A substantial part of the explanation for how they were doing it lay in the elastic properties of beryllium – an exotic and carcinogenic material used to produce either the pistons or cylinder linings as an alloy with aluminium.

On October 6th, 1999 the FIA moved to ban beryllium, giving the teams until the end of the following season to remove it from their engines, though only Mercedes and Peugeot were using it.

Beryllium was banned entirely for 2001, and Adrian Newey gave an insight into the problems that caused McLaren following the season:

Central to the argument over beryllium were the issues of cost and safety. Not only expensive to procure, the material proved extremely difficult to work with.

Although it is poisonous and carcinogenic, Ron Dennis insisted that, once manufactured, it posed no danger.

This came out during an infamous press conference at Monza on September 12th, 2003, when Dennis, Brawn plus Flavio Briatore and Frank Williams faced each other over the FIA’s controversial ban of Michelin’s tyres.

For Ron Dennis, the tyre ban brought back the injustices he perceived in the banning of beryllium:

There is a complete track record, one that goes back well beyond tyres, on teams who managed to obtain a completely correct and legal advantage only to find that advantage is removed. Beryllium is one of the examples, I won’t go into all the details of the beryllium story but I can tell you that to actually process pistons in such an exotic material is very technically challenging, it requires very careful control of the machining process because it is a carcinogenic material but once actually manufactured it has no danger whatsoever to anybody that is handling it or processing it or using it in a Grand Prix engine. And when we were using beryllium very successfully there was no reason why we should not have been able to continue using what was a very good technical advantage coming out of months and months of research and a great amount of funding.

Of course, the beryllium ban did not help control engine building costs – in fact, it may have worsened them. Seeking a similarly elastic material that did not contravene the regulations at least one team began using a mixture of boralyn and aluminium that proved even more expensive.

Over time the FIA must have grown weary with fussing over individual parts of the engine regulations to control costs and chosen to implement the regulations we know today – where engine specifications are frozen for a fixed number of years.