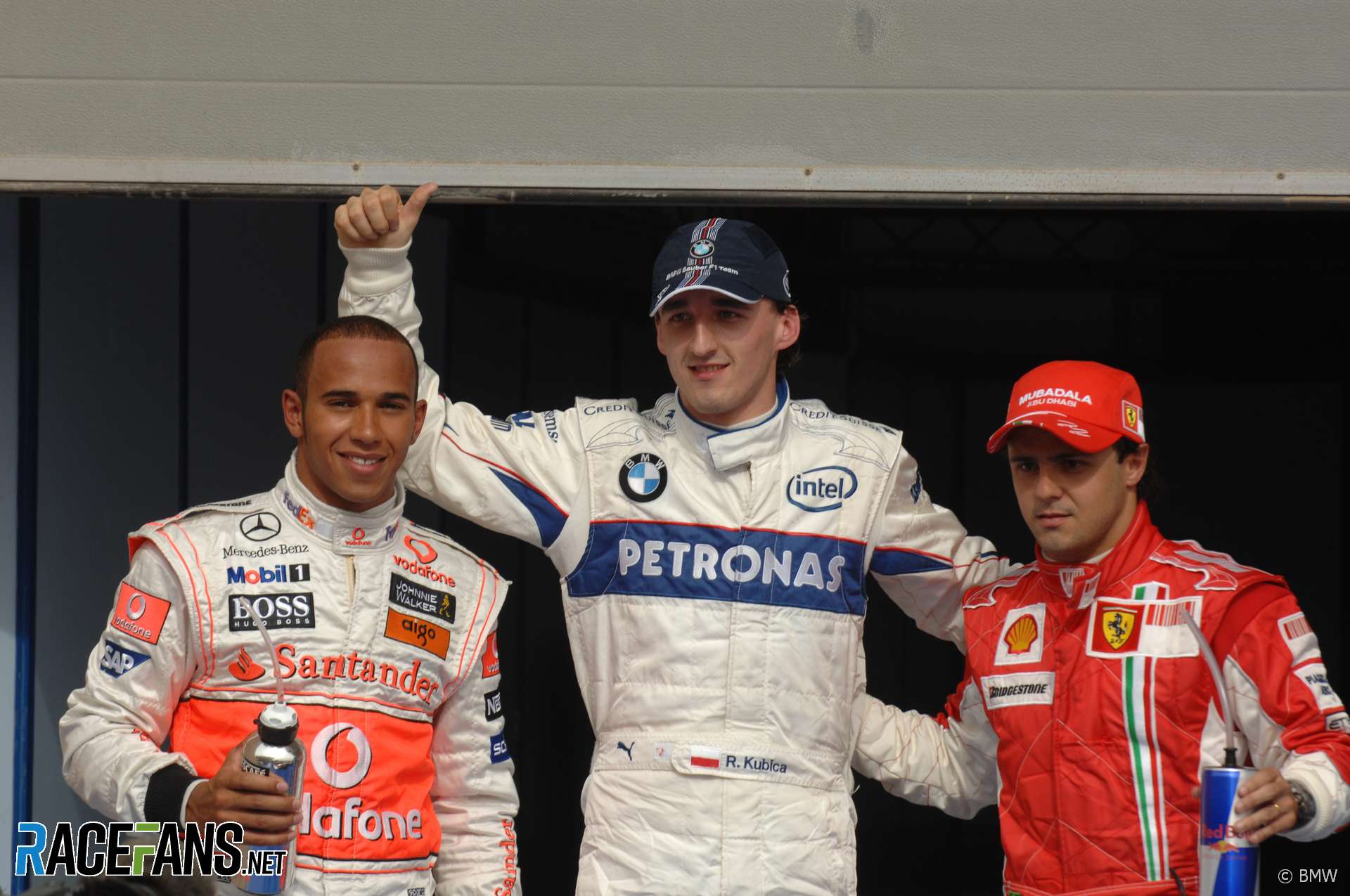 The Ferraris had looked imperious in practice but Kubica’s BMW – possible thanks to a low fuel load – nicked pole position in the dying minutes of the qualifying session.

Lewis Hamilton grabbed third for McLaren ahead of Kimi Raikkonen in the other Ferrari. Force India set themselves the goal of getting a car through the first part of qualifying but an early slide wide by Giancarlo Fisichella showed how hard that was going to be.

Hamilton went top of the times and unusually chose to do another lap immediately afterwards that saw him improve by 0.008s. Shortly afterwards Felipe Massa joined the track and immediately showed how much faster the Ferrari F2008 is than the McLaren MP4/23: he beat Hamilton’s time by 0.8s.

But Massa set his time shortly after Takuma Sato had crashed his Super Aguri – and yellow flags were clearly waving as Massa passed the crash scene. Sato’s shunt brought out the red flags and left Sebastian Vettel and David Coulthard needing to do a late lap to try to escape the bottom six. Neither driver managed it in a flurry of laps late in the session.

Drivers eliminated at the end of part one Massa carried his substantial advantage over team mate Kimi Raikkonen and everyone else into the second part of qualifying. He was six-tenths of a second faster than Heikki Kovalainen, with Raikkonen 0.8s behind Massa, with no clear reason why the gap between the Ferraris was so large.

All bar the top five went out for a final extra lap at the end of the session. Mark Webber grabbed tenth but seconds later Jenson Button flashed across the line to take it off him.

That put one of the Hondas through (Barrichello was eliminated) and several others were left behind by their team mates: Timo Glock, Nelson Piquet Jnr and Kazuki Nakajima.

Drivers eliminated at the end of part two Going into the final part of qualifying it looked like we were set for an all-Ferrari battle for the front row. But on the first laps Robert Kubica was within 0.011s of Massa, who was quickest, and Raikkonen was down in fifth behind the McLarens.

The other surprise was Jenson Button’s Honda fractionally quicker than Fernando Alonso’s Renault. All the drivers went out for a second attempt.

But the big news was at the front of the field where Kubica nicked pole position from Massa with his final lap. Massa had been quicker in the first sector, but seemed to lose time in the middle of the lap. Further back, Button kept his ninth place ahead of Alonso.

Top ten at the end of part two