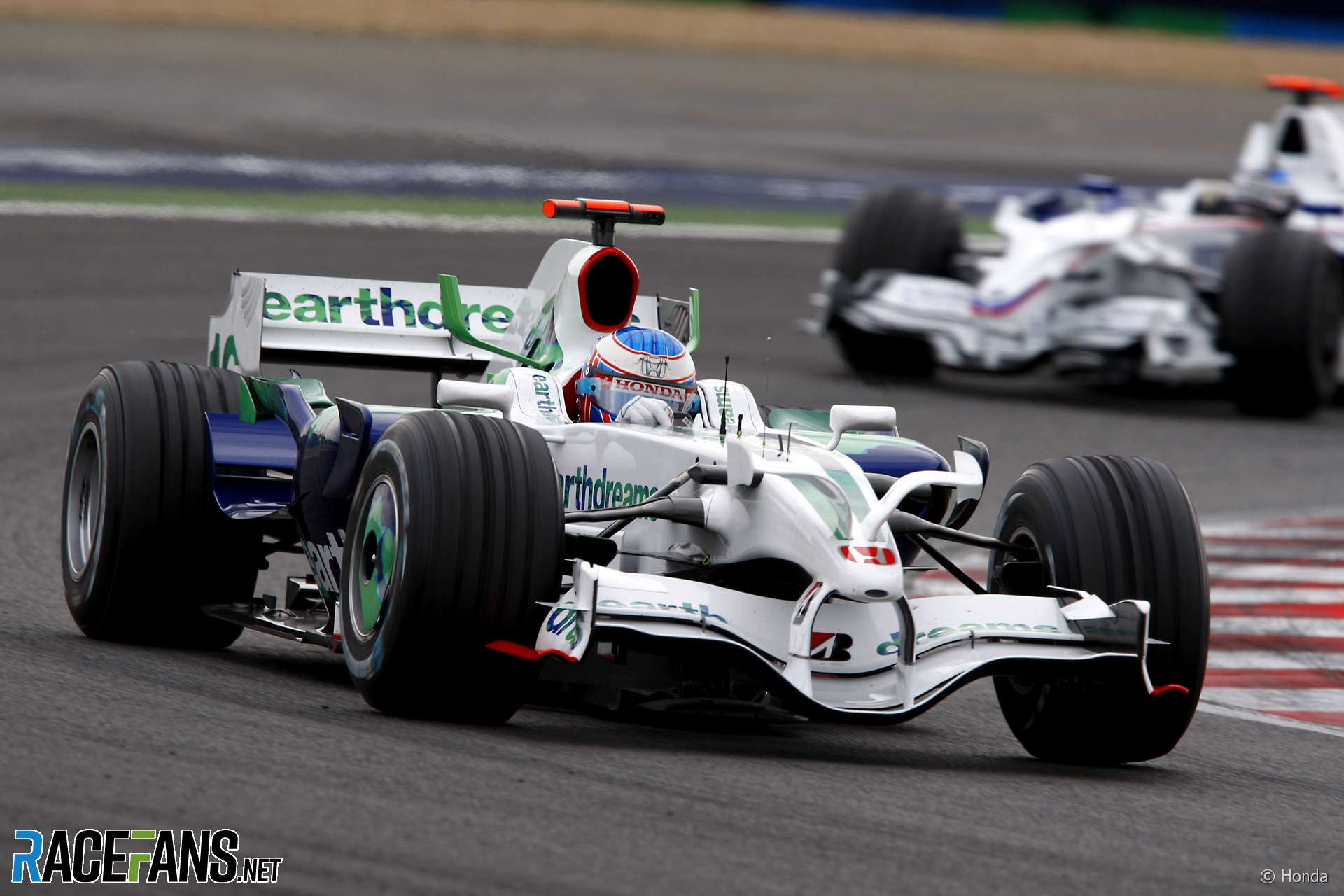 Here is the official statement from Honda president and CEO Takeo Fukui announcing the withdrawal of Honda.

Max Mosley has sent a letter in response to the teams in which he offers them the use of a standard engine and transmission system for three years starting from 2010 at a total cost of £18.15m ($26.6m).

We, Honda Motor Co., Ltd., have come to the conclusion that we will withdraw from all Formula One activities, making 2008 the last season of participation.

This difficult decision has been made in light of the quickly deteriorating operating environment facing the global auto industry, brought on by the sub-prime problem in the United States, the deepening credit crisis and the sudden contraction of the world economies.

Honda must protect its core business activities and secure the long term as widespread uncertainties in the economies around the globe continue to mount. A recovery is expected to take some time.

Under these circumstances, Honda has taken swift and flexible measures to counter this sudden and expansive weakening of the marketplace in all business areas. However, in recognition of the need to optimize the allocation of management resources, including investment regarding the future, we have decided to withdraw from Formula One participation. We will enter into consultation with the associates of Honda Racing F1 Team and its engine supplier Honda Racing Development regarding the future of the two companies. This will include offering the team for sale.

In its third era of Formula One activities, Honda has been participating in Formula One races from the 2000 season, initially with BAR, by adopting a new format of jointly developing racing machines. Subsequently, in a move to meet the changing environment surrounding Formula One, we switched to running a 100% Honda-owned team commencing with the 2006 season.

Surmounting many challenges, the Honda Team achieved a Grand Prix victory in 2006, enabling Honda to receive overwhelming support from Honda fans around the world that were looking forward to greater success. It, therefore, has been an extremely difficult decision for us to come to this conclusion without having been able to fully meet the expectations of our fans.

By making the best of what we have learned during these times of economic turmoil, coupled with the spirit of challenge gained through active participation in racing, we intend to continue with our commitment in meeting new challenges.

Finally, we would like to take this opportunity to sincerely thank our fans and all those who have supported Honda’s Formula One efforts, including everyone in the world of Formula One.

Thank you very much.

Further to my letter of 18 November (copy attached for convenience), we have completed the tendering process and are now in exclusive negotiations with Cosworth together with Xtrac and Ricardo Transmissions (XR) to supply a complete Formula One power train starting in 2010. The engine will be a current Formula One engine while the transmission will be state-of-the-art Formula One and a joint effort by two companies which already supply transmissions to most of the grid.

As suggested in my letter of 18 November, teams participating in the 2010 Championship would
then have three options:

Teams opting for one of the latter two options would nevertheless use the XR transmission. In combination with the programme of cost reductions for the chassis, race weekend and team home base outlined in my letter of 18 November, these arrangements have a number of advantages. These include:

These arrangements are on the basis that at least four teams enter into contracts to use the power train described above, and do so no later than close of business (5pm CET) on Thursday 11 December 2008. In the event of fewer than four teams signing up, the FIA may still proceed but the price on offer will vary. The supply contracts will be with Cosworth but in the first instance teams are requested to make their intentions known to my office.