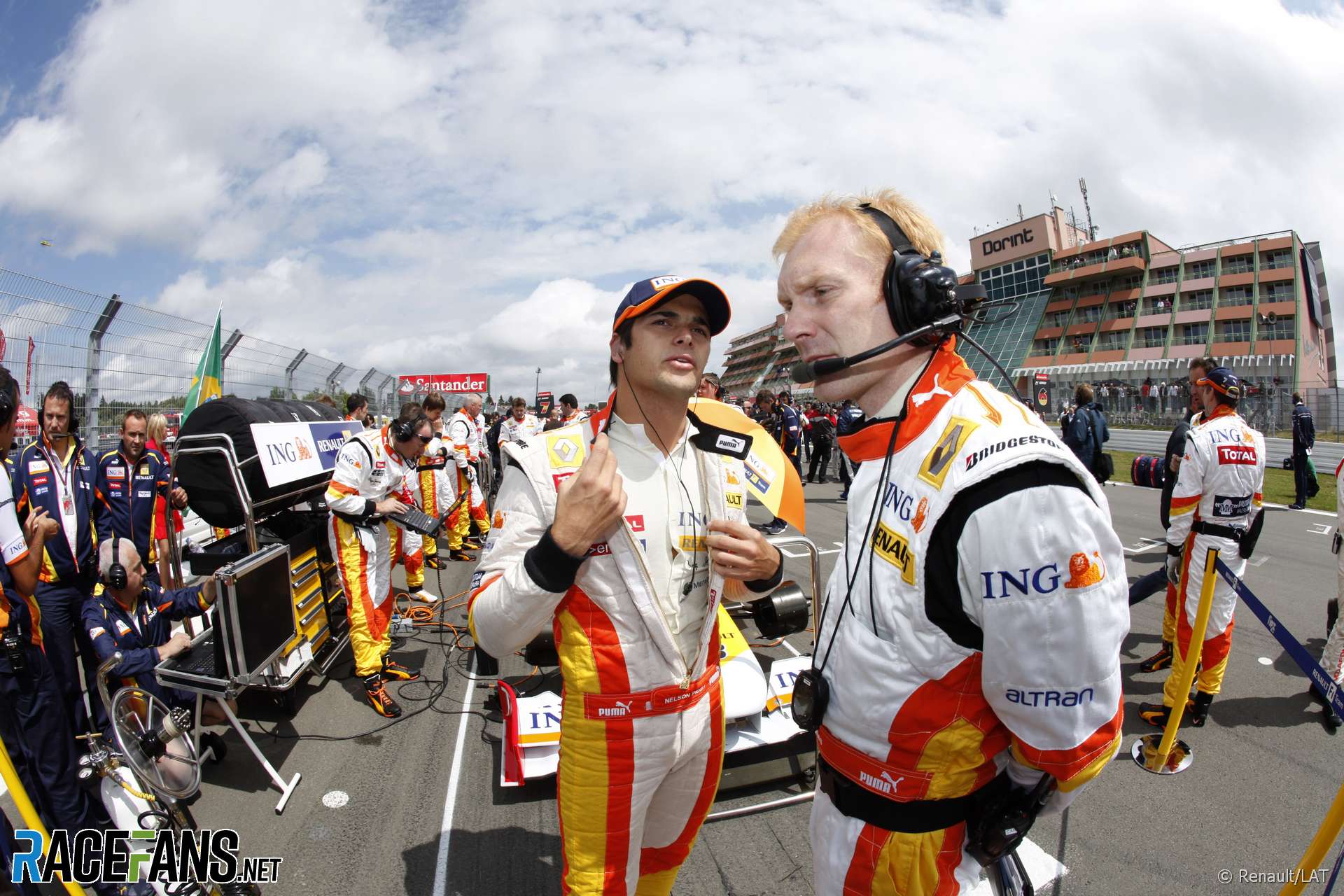 Nelson Piquet Jnr’s statement to the FIA about his controversial crash during the Singapore Grand Prix last year have appeared online.

F1SA has published the documents which are reproduced in full below.

At the time of this conversation I was in a very fragile and emotional state of mind. This state of mind was brought about by very intense stress due to the fact that Mr Briatore had refused to inform me of whether or not my driver’s contract would be renewed for the next racing year (2009) as is customarily the case in the middle of the year (around July or August). […]

After the meeting with Mr Symonds and Mr Briatore, Mr Symonds took me aside to a quiet corner and, using a map, pointed me to the exact corner of the track where I should crash. This corner was selected because the specific location of the track did not have any cranes that would allow a damaged car to be swiftly lifted off the track, nor did it have any side entrances to the track, which would allow a Safety Marshall to quickly move the damaged car away from the track. Therefore, it was felt that a crash in this specific position would be nearly certain to cause an obstruction on the track which would thus necessitate the deployment of a safety car in order for the track to be cleared and ensure the safe continuation of the race.

Mr Symonds also told me which exact lap to cause the incident upon, so that a strategy could be devised for my team mate Mr Fernando Alonso. […]

During these discussions, no mention was made of any concerns with respect to the security implications of this strategy, either for myself, the public or other drivers. The only comment made in this context was one by Mr Pat Symonds who warned me to ‘be acreful, which I took to mean that I should not injure myself.

I intentionally caused the crash by letting go of control of the car just before the relevant corner. In order to make sure I would cause the incident during the correct lap, I asked my team several times via the radio to confirm the lap number, which I would not normally do.

After the FIA officially announced its investigation Renault declared it would not comment on the matter before the hearing on Monday 21st September. Will Renault stick by that and allow Piquet’s claims to go unanswered?

Source: FISA via Tazio.com.br and F1 Around