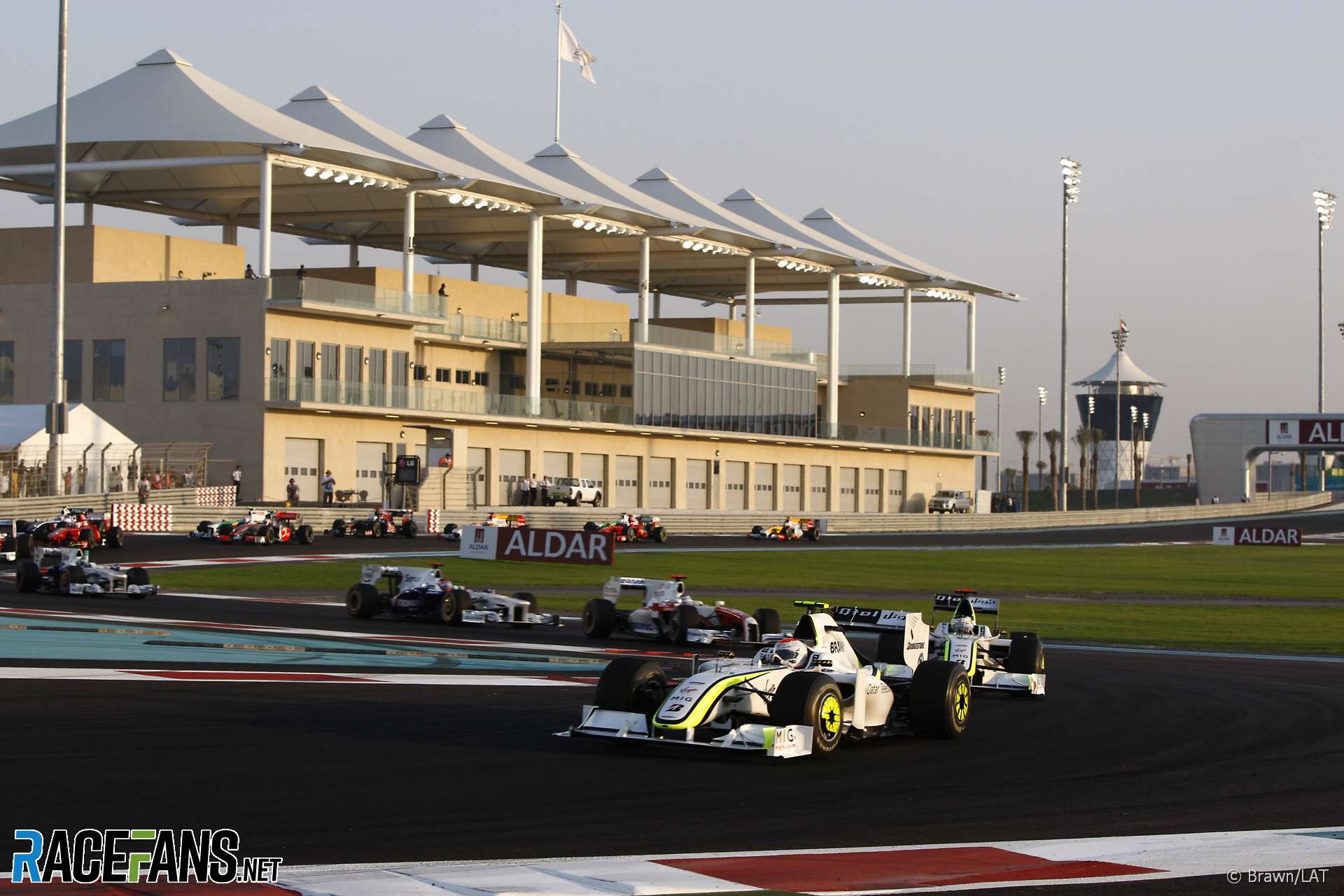 Sebastian Vettel took advantage of problems for Lewis Hamilton to win his fourth Grand Prix of 2009.

It was a one-two for Red Bull as Mark Webber kept Jenson Button at bay to take second place in an exciting end to an otherwise predictable race.

With KERS and a clear run to the first corner Lewis Hamilton was never in much danger of losing the lead. But even on the first lap there were tell-tales signs of the problem that was going to end his race – he braked too deep into the turn six chicane, allowing Vettel to briefly close up, but KERS kept him safe on the straight.

Webber took up third despite making contact with Rubens Barrichello at the first turn. The impact knocked part of the Brawn’s wing off, and while he got used to the car’s impaired handling Button seized the opportunity to squeeze past and take fourth.

Given his pace in practice and qualifying Hamilton was expected to tear off into the distance. But it didn’t happen – he edged a few tenths away from Vettel here and there, but on lap 11 he out-braked himself again and lost almost all of his small lead.

It was clear he was not going to hold onto the lead after the first round of pit stops but he hardly made it any further than that. His braking problems were traced to the right-rear of the car and Hamilton was told to park up – the first time an F1 car had let him down in 52 races.

Vettel’s pit stop passed without drama – but only just. Toro Rosso driver Jaime Alguersuari had been pit-bound with a gearbox problem and accidentally swung into Vettel’s pit box. The Red Bull mechanics hurried him out as Vettel arrived. Alguersuari, meanwhile, failed to complete the next lap and retired.

Webber had pitted before Vettel, so after their pit stops Vettel had a healthy lead of more than six seconds.

After the early pit stops Kamui Kobayashi rose to third place and the highest placed single-stopper. That was partly thanks to smart driving on the first lap keeping Kimi Raikkonen boxed in, preventing the Ferrari driver from being able to exploit his KERS boost.

Button came out in front of Kobayashi after the Brawn had been serviced, and the pair resumed their battle from Interagos. But this time it was the lighter-fuelled Kobayashi who seized the advantage, passing Button down the inside at turn eight.

That delay cost Button in the dying stages of the race. Once the second round of pit stops had been dispensed with he found himself quickly catching Webber, who was struggling in the braking zones. Button only had the last lap to launch an attack and Webber repelled his advances in brilliant fashion.

Their duel meant Vettel enjoyed an untroubled run to victory, which he took by over 17 seconds. Barrichello finished fourth behind his team mate and one place ahead of Nick Heidfeld in the final race for BMW. Heidfeld had worried about his team mate’s pace during practice but Robert Kubica slipped down the order after spinning while trying to pass Sebastien Buemi.

Kobayashi finished a remarkable sixth which could serve as a boost to the chances of Toyota approving a budget for the team later this month. Jarno Trulli backed him up in seventh, and Buemi scored the final point.

Kubica finished tenth behind Nico Rosberg, with Heikki Kovalainen behind him in 11th having started 18th. Raikkonen’s inability to make progress early on meant he finished hislast race for Ferrari in 12th.

His replacement, Fernando Alonso, ended his last race for Renault in 14th behind Kazuki Nakajima.

F1 now heads into the off-season with many unanswered questions about next year’s line-up. The likes of Kobayashi and Liuzzi made cases for why their teams should retain them for 2010, but Grosjean is surely among those worrying he might not get another crack next year.