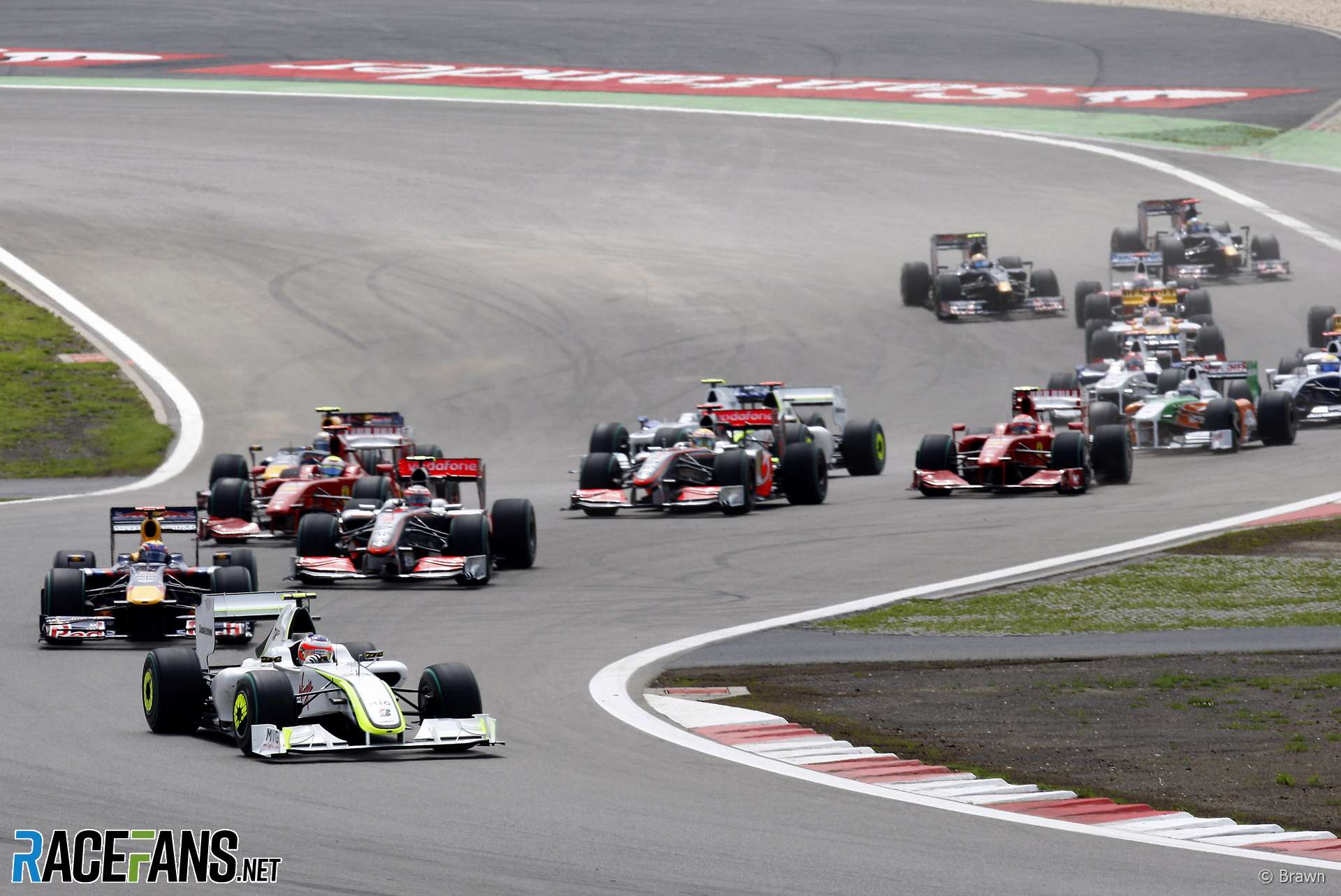 The new F1 points system, which will give 25 points for a win next year, has provoked much debate and criticism.

Points in F1 have produced strange situations in the past. At one race seven drivers shared a single point. Other drivers have found themselves unable to score points in a race due to a quirk of the rules. And two drivers failed to win world championships despite scoring the most points during a season.

The new points system may not be perfect, but it’s certainly an improvement on what we had before. Here’s how the points system has changed over the years.

The first F1 race winners got eight points – equal to what second place has been worth since 2003. Next year drivers will get eight points for finishing fifth.

Attempting to give a point to the driver who set the fastest lap was thwarted by 1950s lap timing technology. At the 1954 British Grand Prix seven drivers were credited with the best lap time of 1’50, the timekeepers being unable to measure their lap time any more accurately.

So the single point was shared between Alberto Ascari, Jean Behra, Juan Manuel Fangio, Froilan Gonzalez, Mike Hawthorn, Onofre Marimon and Stirling Moss. Each got one-seventh (0.14) of a point.

Up until 1958, drivers who shared their car with another driver also shared the points scored. And if a driver drove in more than one car which scored points, he accumulated each points finish.

This made for some complicated calculations. For example, in the searing-hot 1955 Argentinian Grand Prix Giuseppe Farina and Maurice Trintignant both drove in the cars which finished second and third, each time with a different third driver. So they each scored one-third of the second place points plus one-third of the third-place points, totalling three-and-a-third.

Thankfully they put a stop to this in 1958. From then on a driver could only score points if they drove the car single-handedly, as it’s been ever since.

Points were extended to sixth place in 1960. This was also the year when the point for fastest lap was dropped.

The value of a win was increased to nine points in 1961, and the points distribution remained unchanged until 1990. This was the longest period of stability in the F1 points system.

Thought of by many as the best points system F1 had, the value of a win went up to ten points in 1991. Ayrton Senna won the first four ten-pointers on the trot.

This is the high-watermark for the value of winning in F1. At this point a win was worth 66% more than second place. Today it is worth just 25% more and that will remain the same in 2010 with the new points system.

The 1991 season also saw the dropping of the “best results count” rule – more on that below.

In 2002 Michael Schumacher set a new record for the earliest a world championship had ever been decided. He sealed the title in the French Grand Prix on July 21st, with six rounds to spare.

The new points system introduced in 2003 was clearly designed to stop that happening again as it slashed the relative value of a win compared to second place. Despite that, two years later Schumacher was able to wrap up the title four rounds before the end of the season.

Before 1991 drivers could only count their best points scores from a limited number of races. For example in 1990 of the 16 races on the calendar a driver could only count his 11 best scores.

The number of races counting varied with the calendar. At first it was close to half, then in the late sixties the number of races counted increased to around 80% of the calendar. That trend was abruptly reversed in 1979, and for much of the eighties a pattern developed: 16 races, best 11 scores counted. The chart below shows the details for each season the “best results count” rule was used.

The “best results count” rule tends to colour our view of previous champions. For example both Alberto Ascari’s championship wins were far more emphatic than the official points standings suggested:

There are other examples similar to Ascari’s. The best-remembered details about Mike Hawthorn’s 1958 championship win are that he only won once and beat Stirling Moss by a single point. The fact he lost three separate scores worth seven points, while Moss kept all his scores, tends to get overlooked.

The most famous examples of this concern drivers who ‘lost’ championships because of the “best results count” rules. This happened on two occasions. In 1964 Graham Hill lost to John Surtees by a single point. While Surtees kept all his scores, Hill had two deducted.

And in 1988 Ayrton Senna beat Alain Prost 90-87. But Prost had a mammoth 18 points deducted to Senna’s four. Debate still rages over the ‘fairness’ of the system. I’ll let you sort that one out in the comments! Their points-scoring finishing positions that year were as follows:

The “best results count” rule was dropped at the end of 1990. This has definitely been an improvement – it has certainly made championship-deciders easier to follow.

As if the “best results count” rule wasn’t complicated enough, for 14 years the championship was effectively split into two. Drivers could only score points in a certain number of races in the first and second halves of the season. Here’s how they were shared out:

The strangeness of this system was shown up in 1979 when Alan Jones arrived for the final race of the season unable to improve on his points total. He’d already won four of the preceding seven races, giving him a maximum score for that portion of the season.

The “split season” system was dropped the following year. But you have wonder that, had a variant of it been in use in 2009, Jenson Button would have been in serious trouble in the second half of the season.

What about the constructors’ championship?

Ferrari are quite fond of pointing out they’d have even more than their still-huge tally of 16 titles had the title begun in the same year the drivers’ did. Still the first constructors’ champions was not the Scuderia but Vanwall.

To begin with only a team’s highest placed car could score points in each race. When the “best result counts” rule was in place, this also applied to the constructors’ championship.

It wasn’t until 1979 that both a team’s cars could score. At that year’s Brazilian Grand Prix Ligier became the first team to score a then maximum 15 points for a one-two finish.

For a while, only teams who entered two cars throughout the season could score points. So in 1984 Osella and ATS could not claim the two and one point respectively scored by drivers Jo Gartner and Gerhard Berger because they were single-car entrants.

The future: 25 points for a win

As we’ve already discussed here the new points system is proportionally little different to what has gone before – though seventh place being valued at five points instead of four looks like a mistake.

It’s been pointed out that awarding 25 points for a win from 2010 will render comparisons with previous championships impossible. But as we’ve seen here trying to compare drivers’ performance based on points scores is already meaningless.

The failing of the 2010 F1 points system is that it doesn’t address the under-valuing of a win, a knee-jerk change brought in six years ago. Ultimately, it’s not the points system that makes a championship exciting, it’s how closely-matched the cars are.