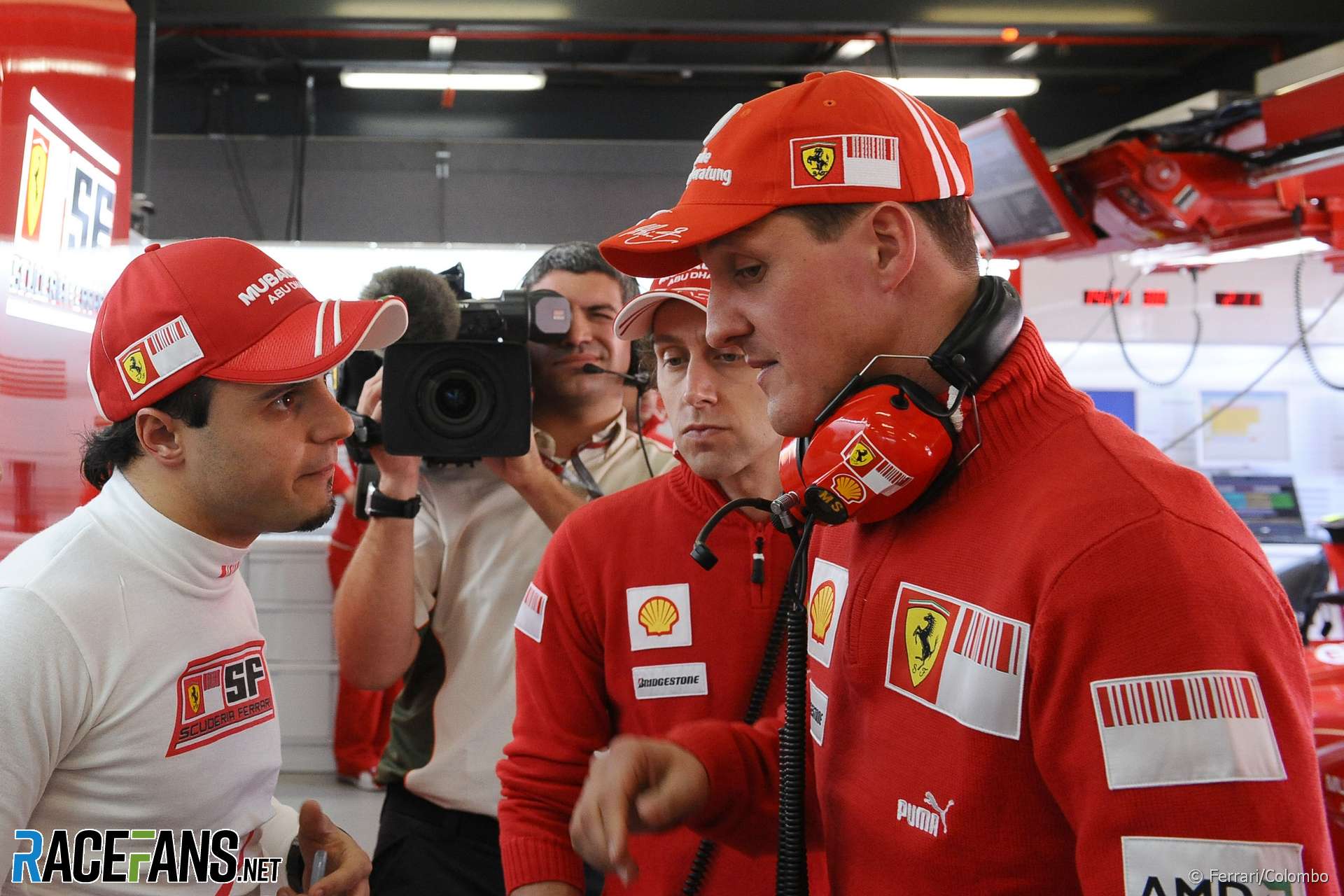 Michael Schumacher will return to F1 with Mercedes Grand Prix, the team has announced.

The seven-times champion will form an all-German line-up with Nico Rosberg in 2010. Schumacher said he was “totally fired up for next year”.

He will be re-united with Ross Brawn, who guided Schumacher to all seven of his world championship victories at Benetton and Ferrari.

Speaking to the BBC Schumacher confirmed he was offered the deal in November and insisted that being able to work with Brawn was an important factor in his decision to return:

There was no other combination I would like to work for. Ross is a long-term friend and together we have both won races we shouldn’t have.
Michael Schumacher

In a statement on his official website Schumacher said:

Until recently, I was absolutely sure that I had ended my career as a race driver at Ferrari. But sometimes things change suddenly and unexpectedly. All of a sudden, the framework conditions aren’t the same anymore. At that point, you have to reconsider the decisions you’ve made. And, to tell the truth, the failed comeback attempt last summer gave me reason to reconsider my situation. I was surprised myself how fast and how strong I committed myself to this topic again. Apparently, my batteries recharged completely during the last three years. And when – thanks to Ross – the opportunity arose to drive for Mercedes GP, I realized that my old motivation was back, full of fresh energy and great force.
Michael Schumacher

Schumacher drove for Mercedes in the World Sportscar Championship from 1990-1991, during which time he got his F1 break with Jordan.

He now has the chance to add to his record tally of wins (91), pole positions (68), fastest laps (76) and, of course, his seven world championships.

Since failing to return to F1 this year as a substitute for Felipe Massa Schumacher has kept busy, racing karts in Las Vegas (against Nelson Piquet Jnr and Sebastien Buemi) and winning Massa’s annual karting challenge in Brazil.

What’s your reaction to Schumacher’s return? Are you glad he’s back – or do you wish he’d stayed in retirement? Leave a comment below.