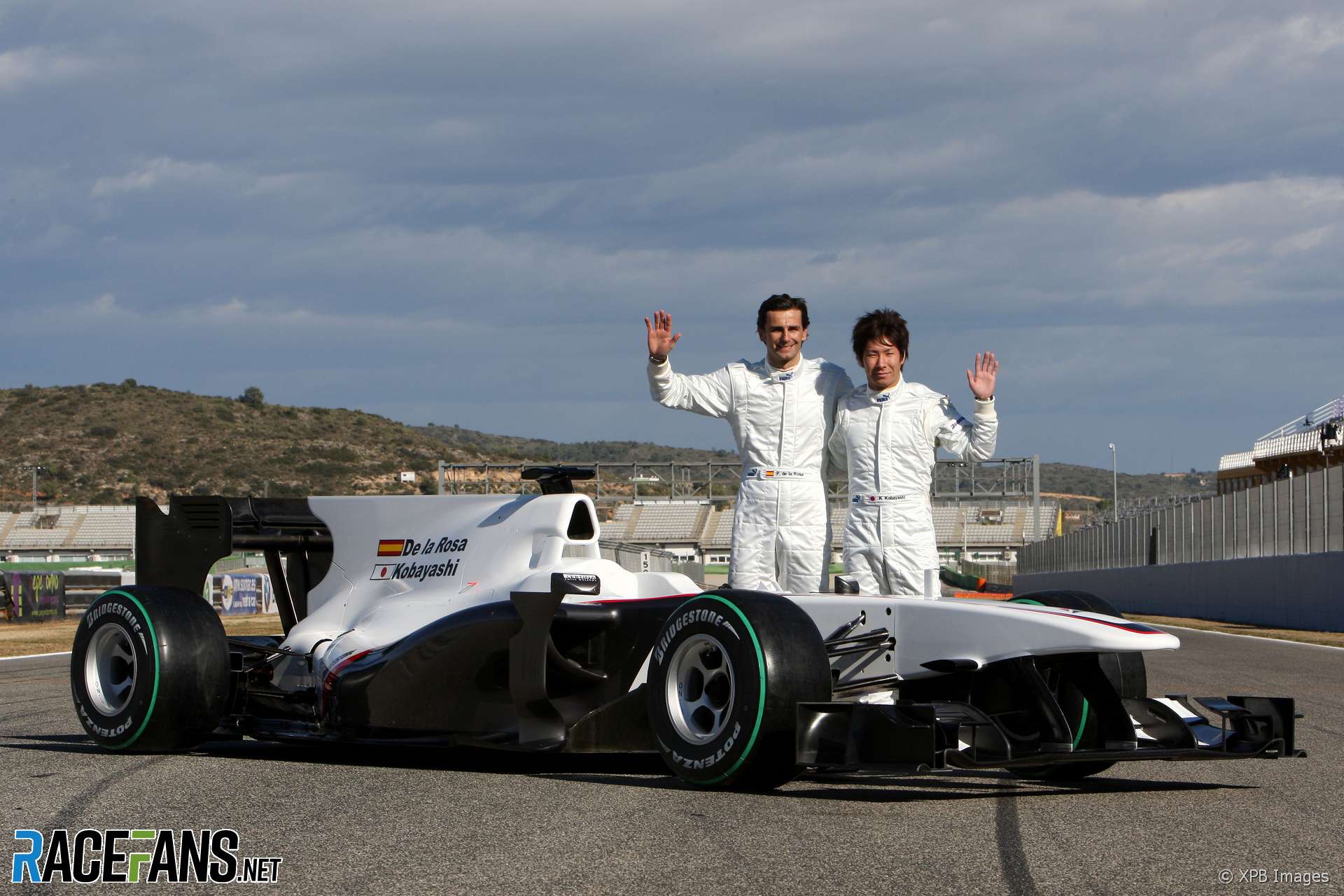 The car lacks any major sponsors although the team announced several deals into the run-up to the launch, some of which feature on the car. They include Scalp-D, a Japanese shampoo, and watch brand Certina.

Here are the first pictures of the C29.

Although the team is no longer run by BMW the team has retained the name in its title. But the car carries on the model designation used by the Sauber team until 2005, when it raced the C24.

The car is now powered by Ferrari and also uses the Ferrari gearbox.

Technical director Willy Rampf described some of the changes to the car:

The increased length of the fuel tank means the car has grown longer overall. And because they are slimmer, the front tyres will be more heavily worked, requiring weight to be shifted further towards the rear of the car.

An eye-catching feature of the C29 is its highly intricate raised nose. Also very distinctive is an extremely long undercut at the transition from chassis into underbody. These and other aerodynamic measures also help to ensure optimum airflow to the double diffuser. Further changes were required to integrate the Ferrari engine and, in particular, the Ferrari gearbox.
Willy Rampf

BMW have also published the car’s basic specifications including some of its dimensions: