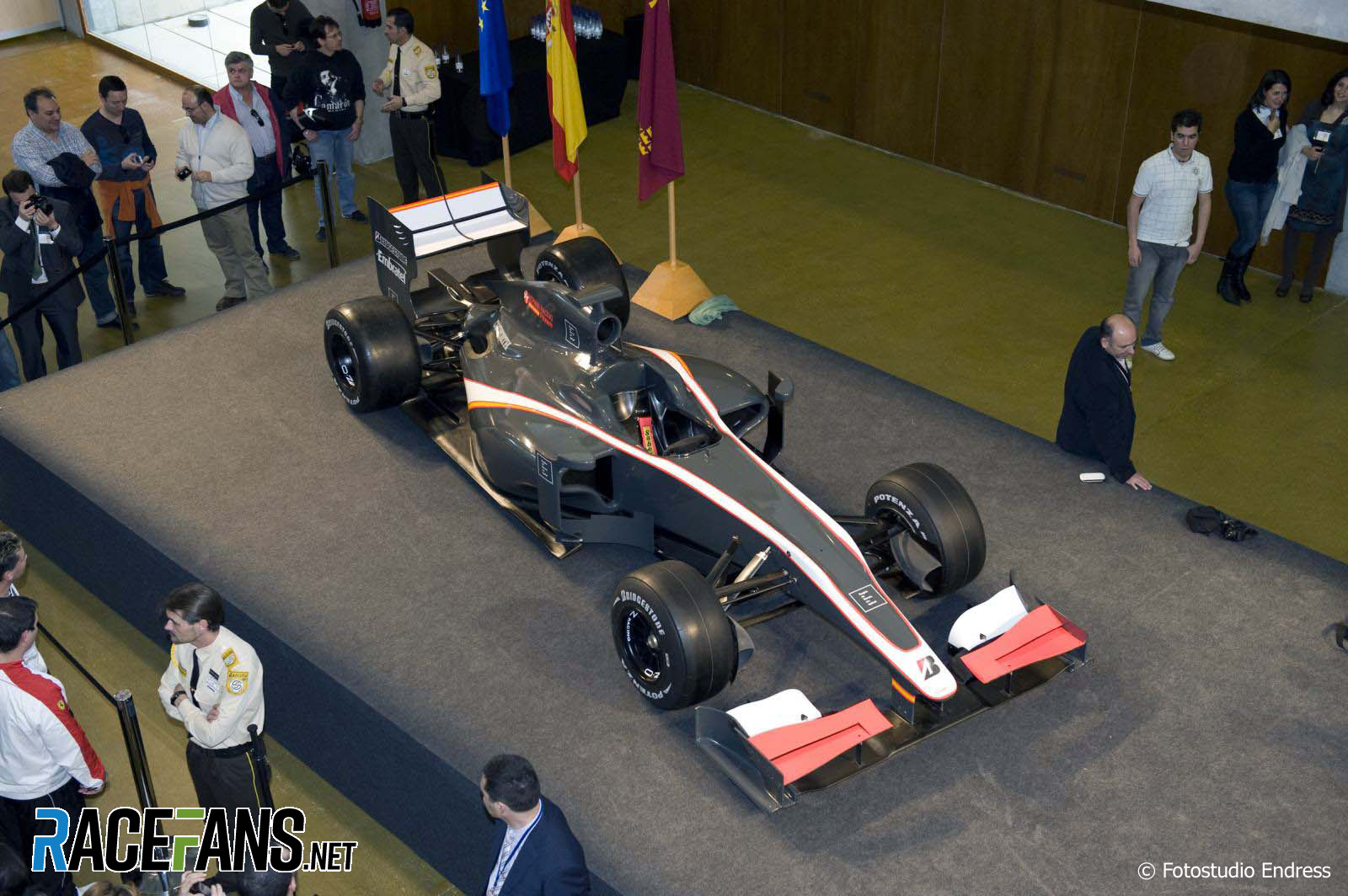 HRT has revealed the car which will be raced by Bruno Senna and Karun Chandhok in 2010.

The Dallara-designed chassis is largely sponsor-less apart from the logos of Senna’s sponsor Embratel. It has a dark grey livery with white and red details.