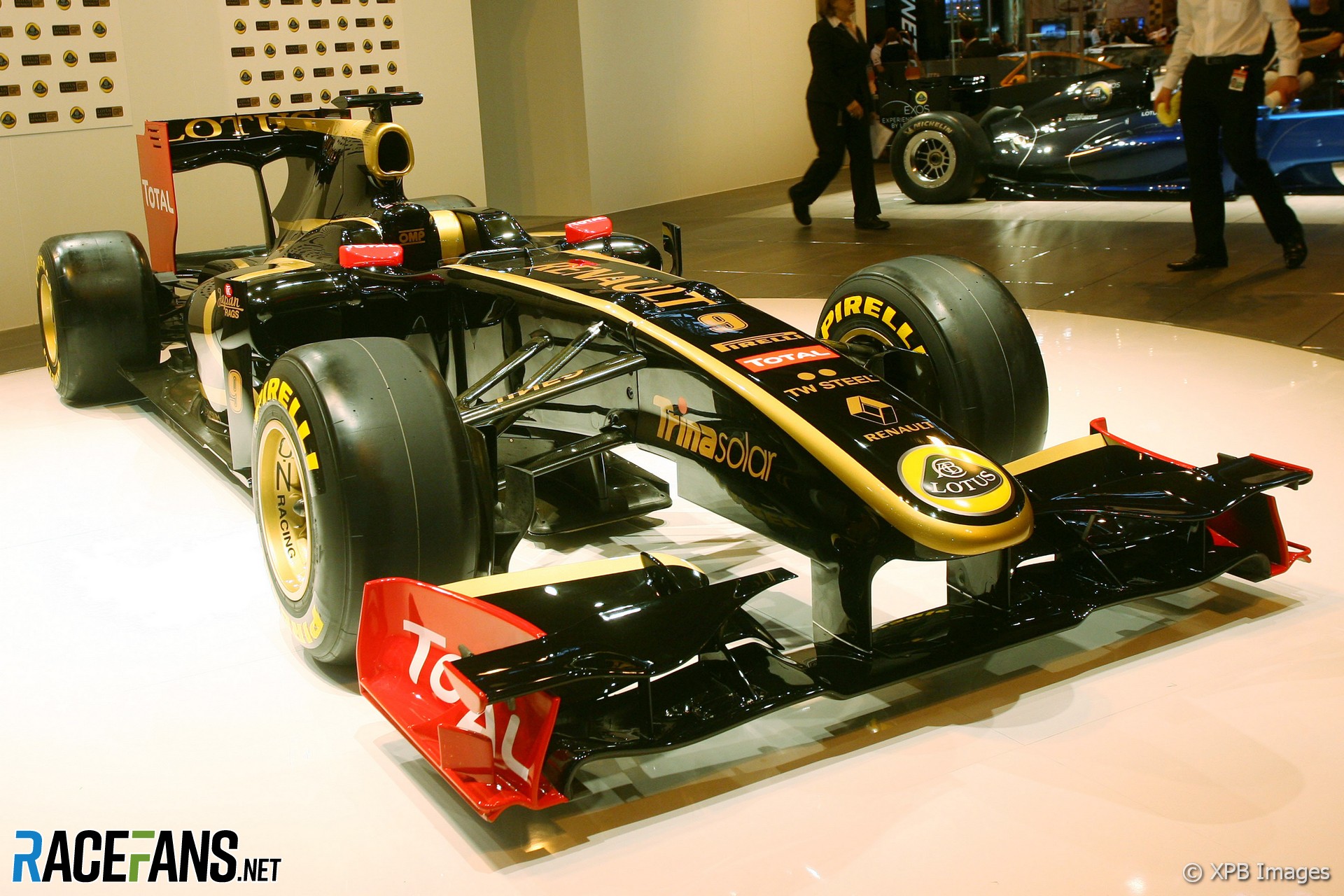 Renault have revealed the black-and-gold Lotus livery their F1 cars will carry in the 2011 season.

Their 2010 F1 car bearing the new livery was formally launched this afternoon at the Autosport International show.