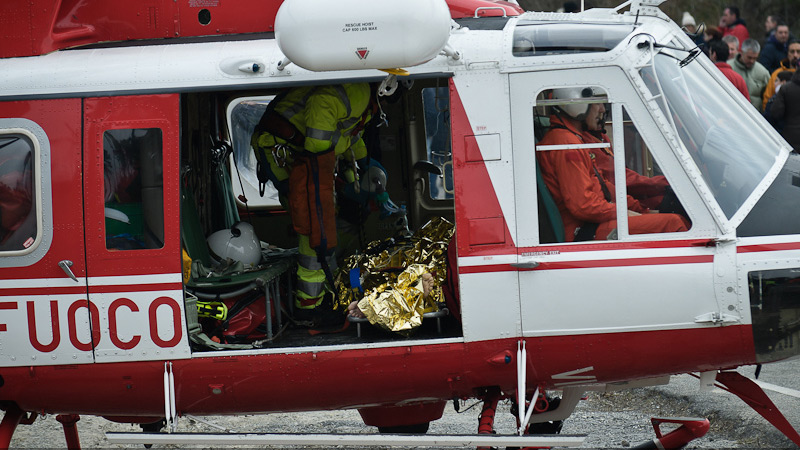 Robert Kubica has suffered multiple fractures to his right arm, leg and hand following a crash in a rally in Italy.

Kubica was taken to hospital by helicopter following a crash in the Ronde di Andora rally.

Renault have confirmed he is undergoing medical checks but have not given details about his injuries.

A statement from the team said:

“After undergoing extensive medical checks this morning, Robert Kubica has been diagnosed with multiple fractures to his right arm, leg and hand. He is currently undergoing surgery at the Santa Corona Hospital in Pietra Ligure.

“Robert suffered a high-speed accident this morning while competing in the Ronde di Andora Rally.

“Daniel Morelli, Robert’s manager, will be available for the press in front of the hospital emergency entrance at 16:30 CET (15:30 GMT).

“The driver was airlifted to Pietra Ligure Hospital, where he is currently undergoing medical checks. His co-driver is fine.”

He was due to drive at the Jerez test this week. Renault’s third driver is Bruno Senna.

Kubica’s co-driver Jakub Gerber posted “I’m OK” on his Facebook page around an hour ago.

The video below shot earlier in the rally shows the Skoda Fabia S2000 rally car Kubica was driving:

This video shows the aftermath of the crash: