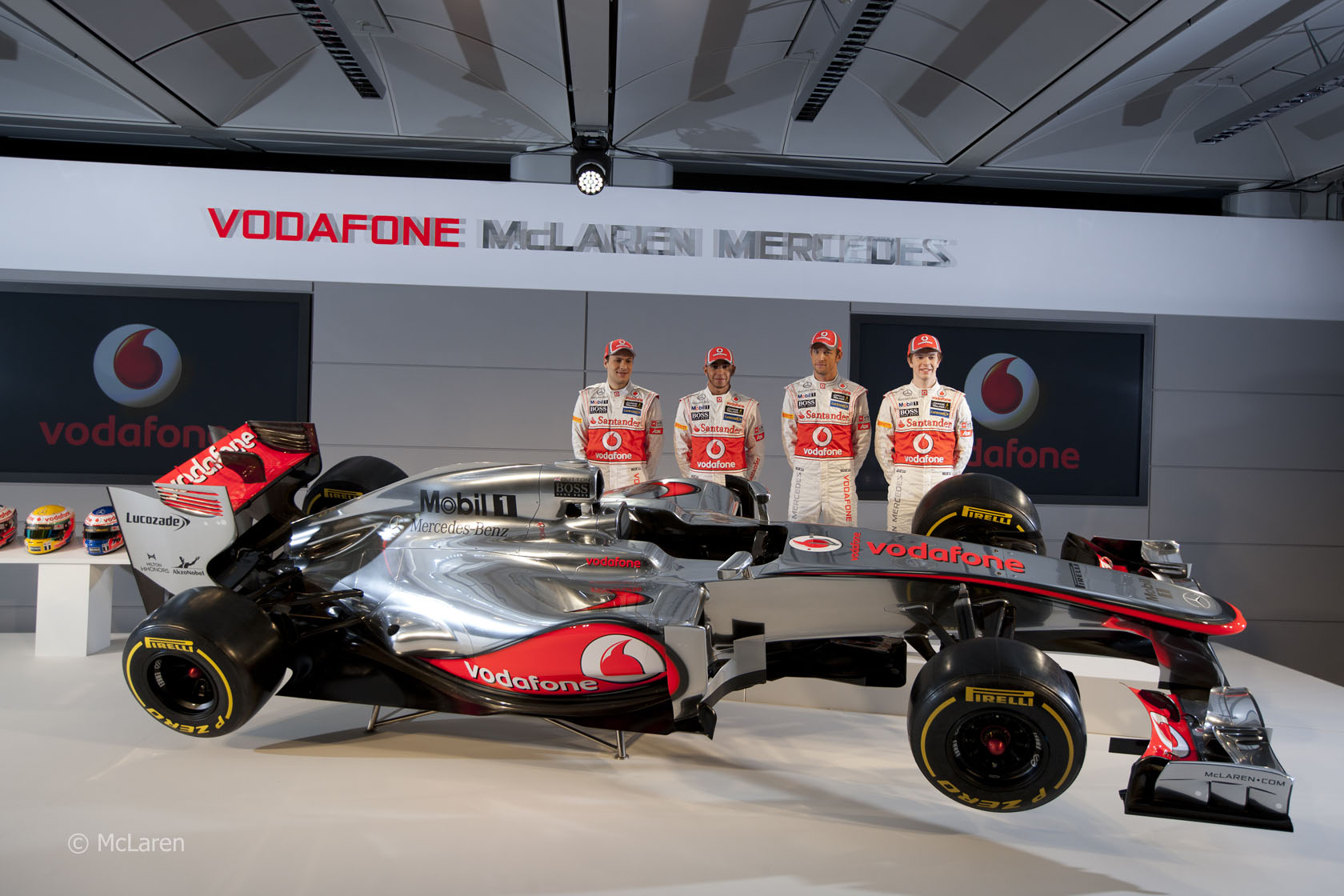 The MP4-27 is the car the team hope will allow Jenson Button and Lewis Hamilton to compete for the championship in 2012.

Button said: “As you can see, this is a beautiful car. Many you see will not be.”

Team principal Martin Whitmarsh added: “Cars really do look beautiful if they win races. But beauty is more than skin deep and there’s some beautiful engineering under the skin.”

Hamilton described the new car as a “strong base”. The 2008 world champion said: “I’ve been keenly following the development of MP4-27 over the winter and I?óÔéĽÔäóve been really encouraged by the results and the data that the engineers have been showing me.

“I think we already had a very strong base to build upon: Jenson and I won six races with MP4-26 last year and I think we?óÔéĽÔäóve been able to retain all the strengths and the reliability of that design while also incorporating lots of improvements and new ideas into the new car.

?óÔéĽ?ôOf course, the biggest changes for 2012 are the modifications to the exhaust regulations ?óÔéĽÔÇŁ that will reduce the downforce and grip that we had last year, but it just puts the emphasis on the designers to try and claw some of that back in other areas.”

According to McLaren, the new car features narrower rear bodywork, to improve airflow at the rear of the car. The revised cooling system re-directs air to the gearbox oil-cooler. The distinctive U-shaped sidepods of the 2011 car are gone, which McLaren say is a consequence of the FIA?óÔéĽÔäós new exhaust regulations.

“Our engineering team continues to develop and grow: while the key names who head the department are well known ?óÔéĽÔÇŁ Tim Goss, Paddy Lowe and Neil Oatley ?óÔéĽÔÇŁ it?óÔéĽÔäós the strength in depth within the department that continually impresses. I?óÔéĽÔäóm extremely proud of our efforts to invest in and recruit young graduate engineers and to develop and school them in the ways of Formula 1.”

Test driver Oliver Turvey will be first to drive the car at Jerez next week.