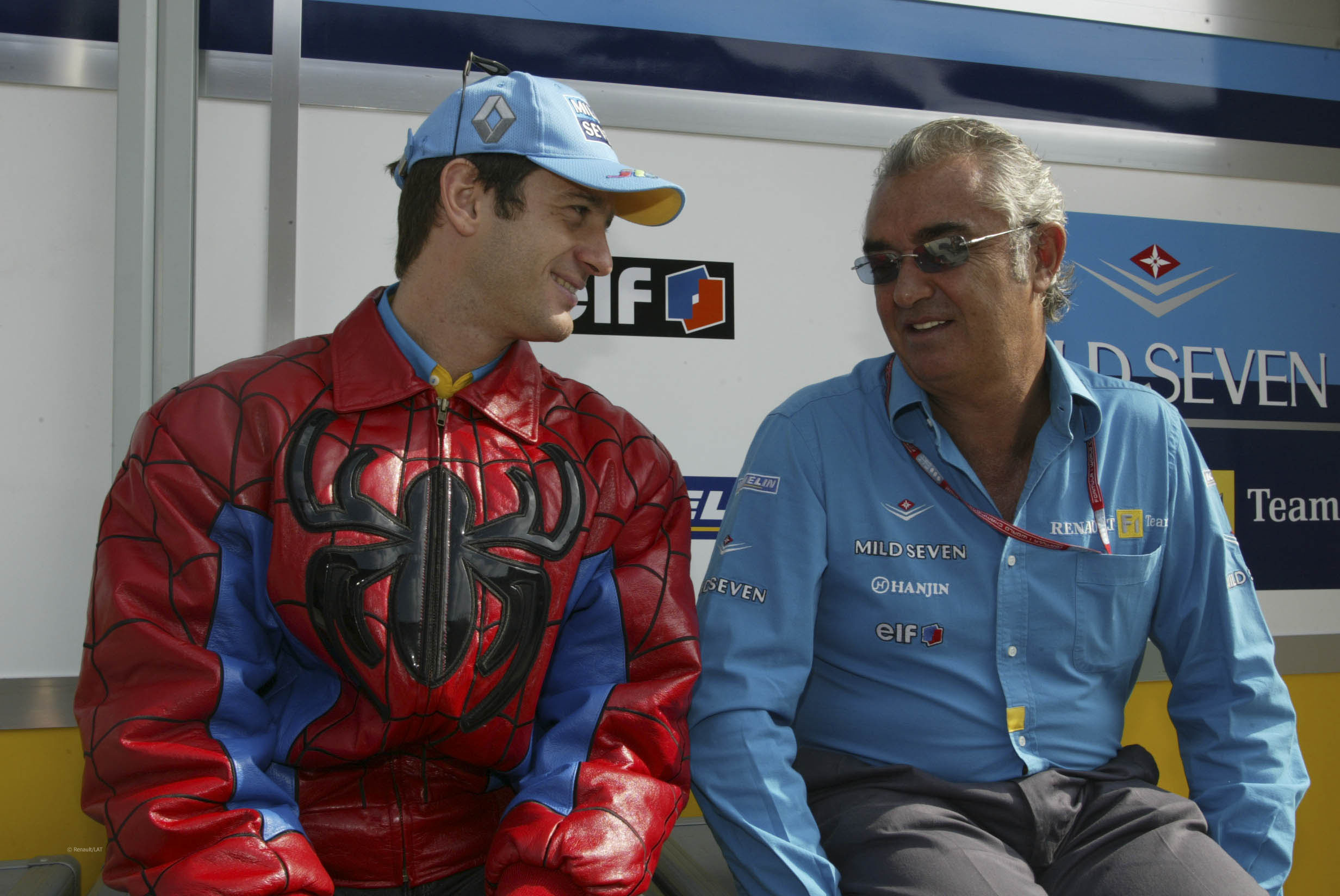 Here he is during his three-year stint at Renault, sporting an unusual jacket and chewing the fat with Flavio Briatore.

But what’s being said? As ever it’s over to you to supply a caption.

You know the drill be now – remember to look out for a selection of the best in tomorrow’s Comment of the Day in the daily round-up.