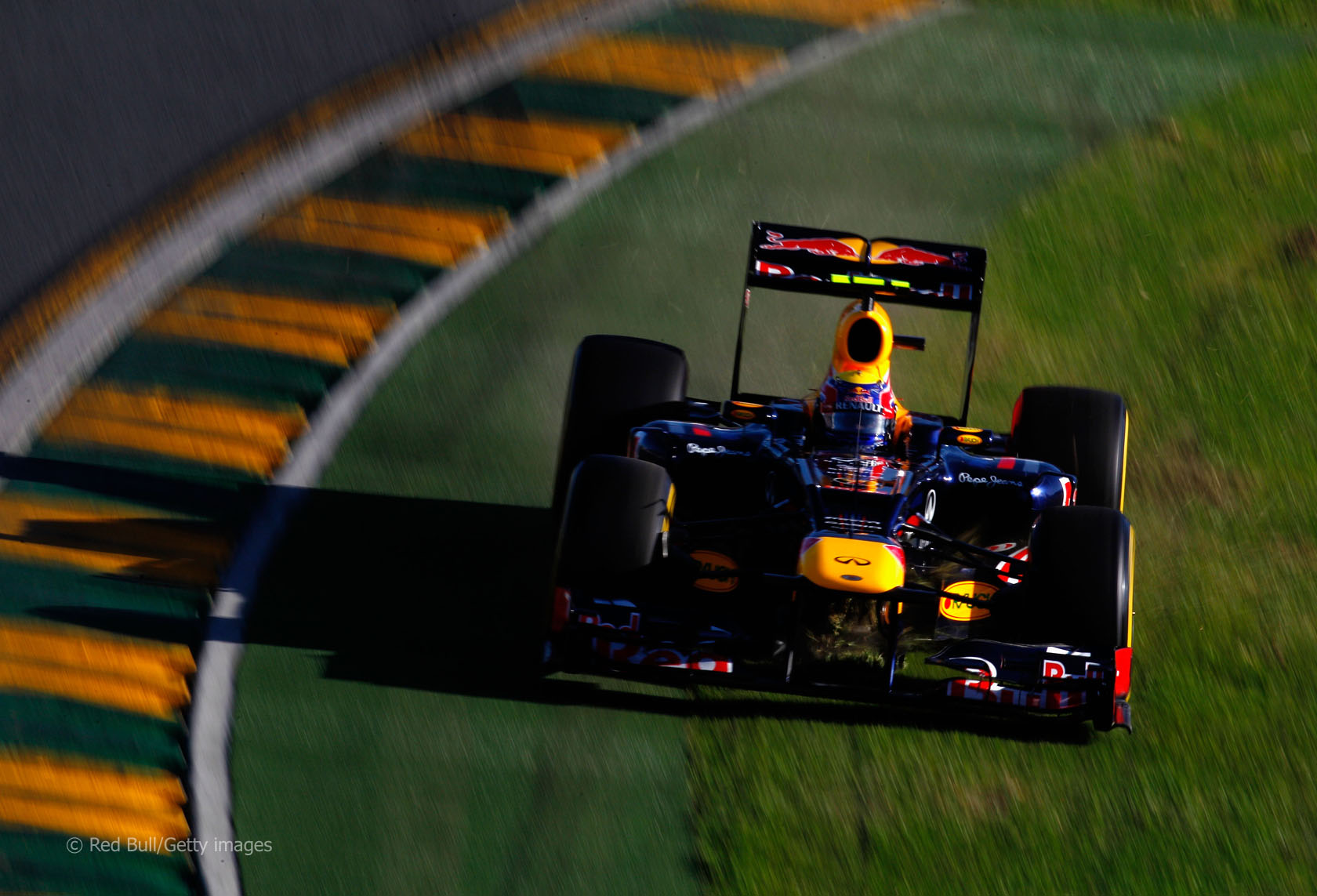 In Australia Red Bull failed to get either of their cars on the front row of the grid for the first time since the 2010 Italian Grand Prix.

That ended a 24-race streak in which they had started every races with at least one car on the front row.

That’s the fourth-longest such streak of all time in F1 history:

Jenson Button won the 13th race of his F1 career in the Australian Grand Prix. That gives him as many victories as Alberto Ascari and David Coulthard.

Given his other successes, Button had set comparatively few fastest laps in his F1 career until recently. At the start of last year he had done so three times. On Sunday he notched up his seventh.

Button didn’t have it all his own way in Melbourne – Lewis Hamilton beat him to pole position. It was the 20th of his career, giving him as many as Damon Hill and Fernando Alonso.

Australia not only had two drivers competing in their home race for the first time, but they both scored points. Mark Webber finally beat his previous best result by finishing fourth.

His fellow countryman Daniel Ricciardo was only in front of his team mate for one lap of the race – but it was the one that counted, as he came by to take points for ninth place.

In doing so he became the 319th driver to score a world championship point. He is the fifth points-scorer for Australia, joining Jack Brabham, Alan Jones, Tim Schenken and Webber.

Having had no drivers in F1 last year, France had three representatives on the grid in Australia: Romain Grosjean, Jean-Eric Vergne and Charles Pic.

Nico Hulkenberg is yet to complete a racing lap at Melbourne in two appearances there. He was taken out by Kamui Kobayashi on the first lap of his F1 debut there in 2010.

Mercedes failed to score a point for the first time in 13 races.

Ferrari didn’t just have the fastest pit stop – all five of their pit stops were faster than those of every other team in the race.

For the second year in a row, HRT did not start the first race of the season after failing to beat the 107% time in Q1.

Sauber are third in the constructors’ championship after the first race of the year. Their best finishing position is fourth, which they achieved in 2001 with Kimi Raikkonen and Nick Heidfeld driving.