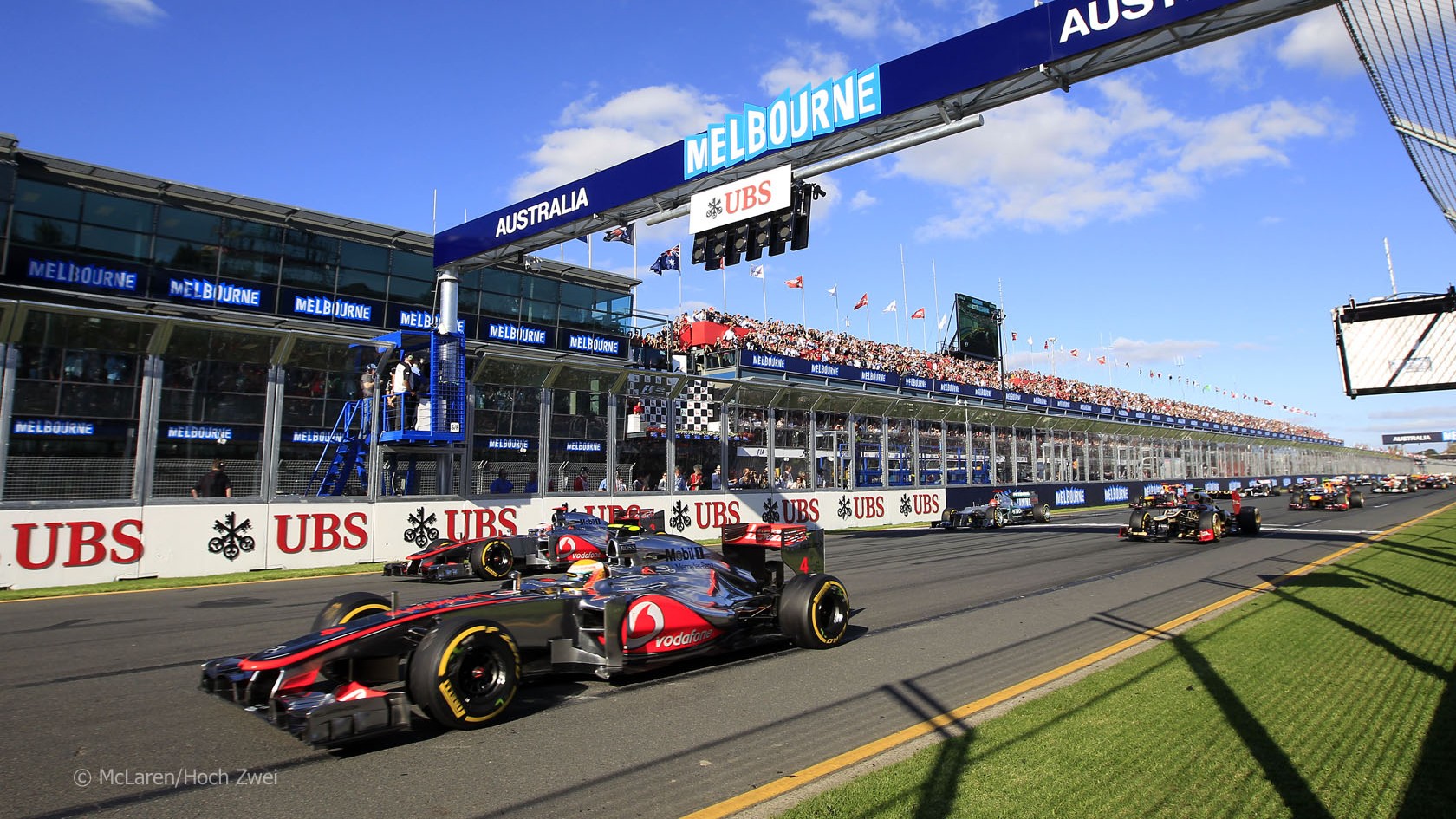 A selection of the best pictures from the first race weekend of the season. F1 newcomer Jean-Eric Vergne gets cracking on the first day of the new season, kicking up spray in the wet practice on Friday. Michael Schumacher demonstrated Mercedes’ potential by setting the fastest time as the track dried in the second session. Fernando Alonso persevered in a difficult weekend with the unco-operative Ferrari F2012. A superb lap saw Romain Grosjean secure third on the grid on his F1 comeback with Lotus. Lewis Hamilton took pole position but didn’t hold his lead for long as team mate Jenson Button beat him off the line. Heikki Kovalainen wrestles with the Caterham CT01 during the race. The evening light catches Sebastian Vettel as he returns to the pits after finishing second.