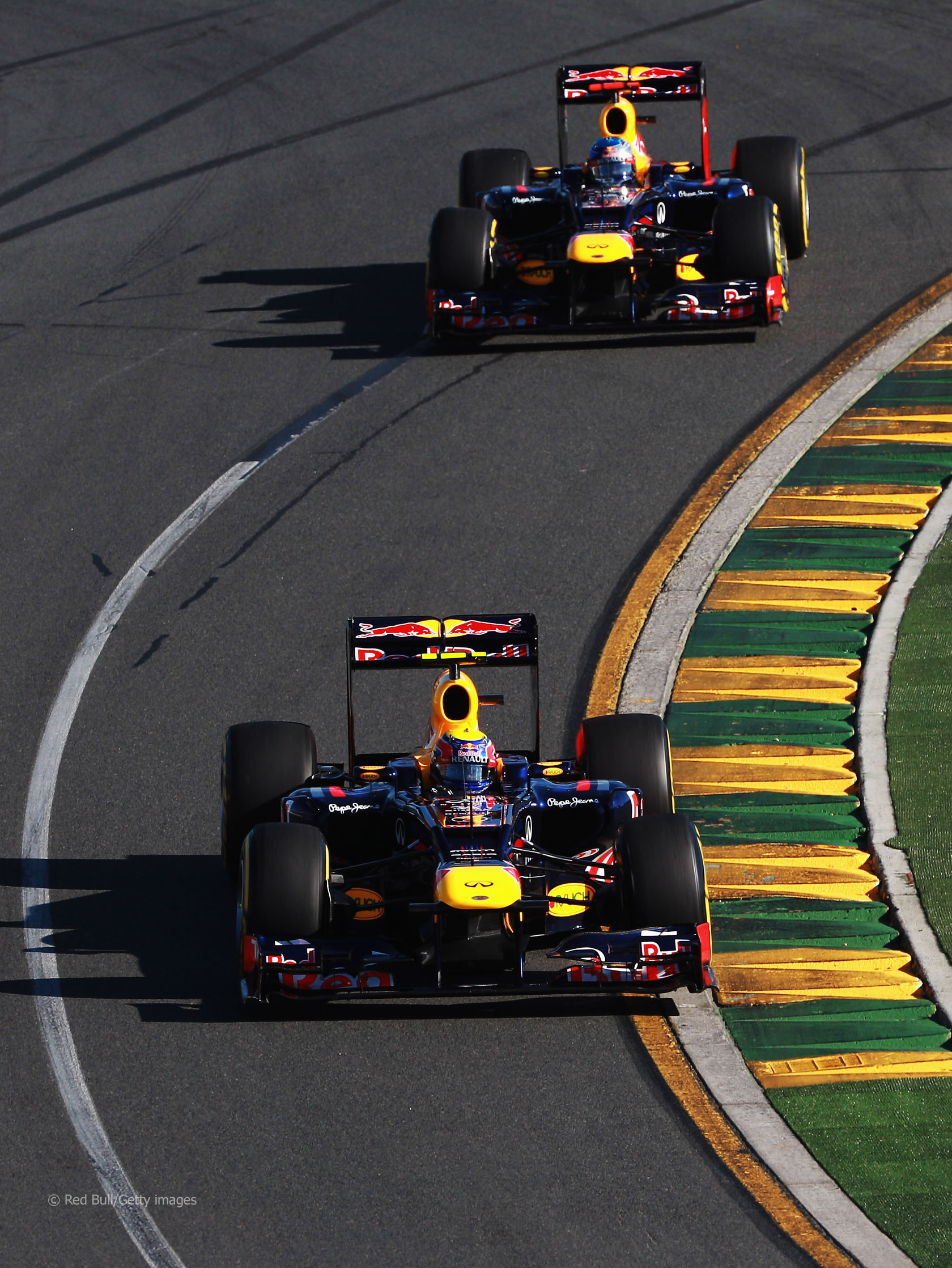 In the round-up: Red Bull’s Christian Horner says costs should be reduced by tighter technical regulations rather than a budget cap or resource restriction.

Christian Horner: “Controlling tangible things like the amount of people we have at a Grand Prix, the amount of engines, gearboxes, the amount of testing we can do, are clear and transparent ways to control costs. Red Bull aren’t in favour of frivolous spending, and we’re as keen as anyone to control costs in F1, but to try to do it through equivalence as the [Resource Restriction Agreement] is constructed is fraught with problems.”

Stefano Domenicali: “I think that what I can say is that we are in discussions, and the discussions are going on in the right way. But there is no more than that at the moment.”

“They’ve worked so hard and it really means a lot to us to be so strong at the first race after a couple of years of struggle and everyone saying ‘McLaren aren’t good at the start of the year’. We are now and we just have to hope our progress is as good as previous years.”

“It is effectively the same F-duct system used by the team two years ago (with air flowing from the nose, through the chassis, to the rear wing), but in reverse.”

Domenicali: “So now what is important is to realise analyse everything in order to make sure there is nothing strange, because that is a fundamental thing that we need to do in order to help Felipe to make sure he is performing without any extra pressure.”

“Pastor [Maldonado] is fine and the chassis stood up well to the impact. We damaged the front wing, nose and other body work but the chassis is undamaged.”

Eric Boullier on the Malaysian GP: “The E20 should be competitive in Malaysia” (Lotus)

“We knew our car was quite quick, but as for the others we had absolutely no clue. Saturday was a relief: you don?óÔé¼Ôäót reach the second row of the grid by chance.”

“The story of the Grand Prix was told, and rather brilliantly too by Ben Edwards who has stepped into Martin Brundle?óÔé¼Ôäós shoes as lead commentator this year. His appointment is long overdue in my book and, while less chummy with David Coulthard than his predecessor, the two make for a great combination in the commentary booth.”

The joy of six: Button and Sky off to a flyer as Massa suffers nightmare start (Daily Mail)

“It was a polished performance by the F1 new boys, from the composed elegance of presenter Simon Lazenby to the impressive commentary team of David Croft and Martin Brundle.”

On this evidence, Sky’s F1 season is unlikely to be a Brundle of laughs for the viewer (The Telegraph)

“Based on race day one, it is clear why Brundle moved to Sky in the off-season. Not just for money, but for a channel prepared to indulge his every whim, his every urge, his every ecstatic howl.”

Hats off to Fernando Alonso! (The H Duct)

“The peaks look to be getting increasingly bigger but the majority of drivers seem to be sticking with the traditional style.”

Hairs picks a Driver of the Weekend for Melbourne:

Alonso proved why Ferrari made the right decision making him number one driver. There’s never been any evidence that Massa is capable of putting in those sort of relentlessly determined performances, and as they killed his spirit, I’m sure he can’t rise to the challenge now. The Ferrari looked like an unpredictable dog of a car to drive all weekend, and for a large part of the race Alonso made it look stable. Maybe that’s due to high fuel making up for lack of downforce, though, because it got twitchy again towards the end.

Massa… I don’t know. Perez should have had his seat this year, and will almost certainly do next year. Great performance from him, and as other people have commented, Sauber need to let us see what he can do with a less conservative strategy.

Maldonado drove a strong race, but again showed a lack of judgement more than once, and needs to show a lot more maturity and sense.

Raikkonen did well, but making a mess of qualifying didn?óÔé¼Ôäót do him any favours. In contrary to years of “Kimi?óÔé¼Ôäós lazy and unmotivated” commentary, I got the impression we had a “Kimi?óÔé¼Ôäós manic and grabbing the whole thing by the throat” this weekend. Sounds like a fun combination for race fans.

Grosjean did himself a massive amount of favours in qualifying, showing his detractors (like me) that he deserves the drive, but then losing places at the start and a fairly needless clash with Maldonado gave his detractors a lot of reassurance that he still has a way to go. As to the incident, I don?óÔé¼Ôäót have a very high opinion of either driver, so I?óÔé¼Ôäóm not inclined to apportion blame either way. Both got too close unnecessarily and if either one of them were better at thinking things through, we probably wouldn?óÔé¼Ôäót have had the incident at all. Still, he deserved better than that as an end to his race.

All in all, I think we had the same as last year: do you give the DOTW to the guy who never put a foot wrong, and dominated the whole race against a strong field, or to the guy who dragged a bad car where it didn?óÔé¼Ôäót belong, but has a few mistakes here and there? Tough one to call, but I went for Button because I?óÔé¼Ôäóve liked his attitude, and I voted for Vettel in similar circumstances last year.
Hairs

James Hunt won the 1977 Race of Champions at Brands Hatch.