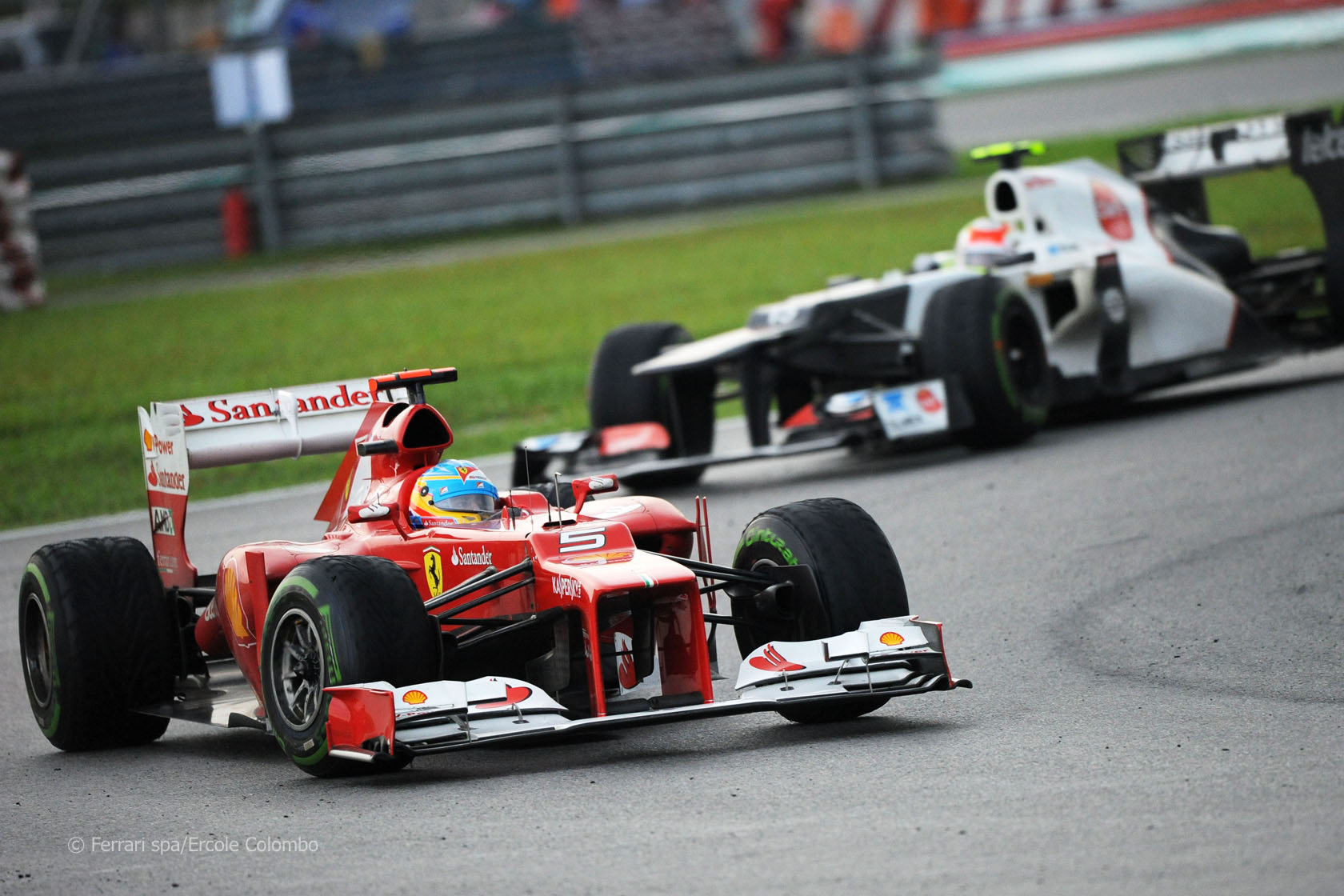 Here are ten great pictures that tell the story of the Malaysian Grand Prix.

Ferrari began the weekend facing some sharp questions about the performance of their F2012, especially from the Italian media. Few could have guessed Fernando Alonso’s stern demeanour in the Thursday press conference would be replaced by joy a few days later. Kimi Raikkonen showed the potential of the Lotus. He was quickest in Q2 and set the fastest lap of the race. Some cheer for HRT: Pedro de la Rosa led both their cars into the race, beating the 107% rule.

This lock-up didn’t stop Lewis Hamilton taking pole position for the second race in a row. The McLarens held position at the start as the race began in slippery conditions. Heavy rain fell, bringing out the safety car and then causing the race to be stopped. Bruno Senna had fallen to 24th, but climbed to sixth by the chequered flag. The Force India pair were closely-matched: Paul di Resta came home just three seconds ahead of his team mate, both finishing in the points. Alonso came under pressure from the flying Sauber of Sergio Perez, but held on to claim a surprise win for Ferrari. Perez celebrated second place for Sauber, their best ever finish as an independent team.