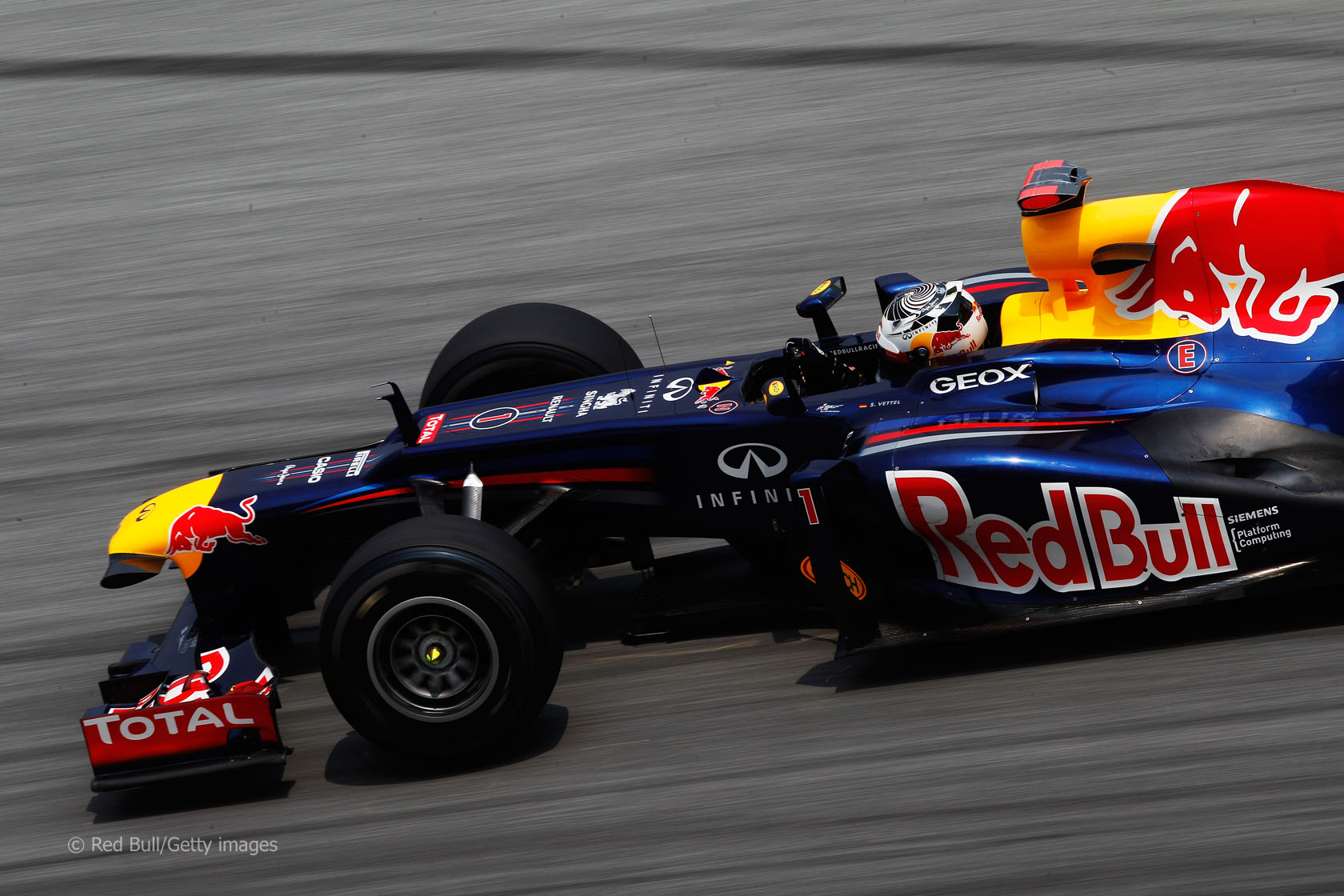 In the round-up: Sebastian Vettel says Red Bull “will do all we can to defend our titles”.

Vettel: “We now have 18 more races ahead of us and we will do all we can to defend our titles. I have total faith in the team, the car and myself. There’s still much for us to do, but together as a team we can accomplish anything.”

MP Richard Burden: “Bahrain is nothing like as bad as the terrible situation in Syria. And F1 teams do race in other countries with unenviable human rights records. But that does not mean it is right for F1 to collude in presenting to the outside world a cocooned picture of normality at the Bahrain International Circuit, when what is likely to be going on just few miles outside the circuit could be very different indeed.”

“Bahrain’s Shia majority is demanding rights and opportunities equal to those of the Sunni minority that rules Bahrain. Crown Prince Salman bin Hamad Al Khalifa owns the rights to the grand prix and serves as commander of the armed forces. Although the F1 race is the island’s premier international event, many Bahrainis see it as a regime vanity project.”

“The FIA is the guarantor of the safety at the race event and relies, as it does in every other country, on the local authorities to guarantee security. In this respect we have been repeatedly assured by the highest authorities in Bahrain that all security matters are under control.”

“The deal would pave the way for the construction of a Hermann Tilke-designed layout in the resort of Mar del Plata. It is likely to include a mix of city streets, the promenade and a former naval base.”

“Serge Saulnier, the former race team owner who is the managing director of the company that runs the circuit, says that the facility should be considered for a race.”

“I always said that once we lost Robert [Kubica], we lost one year – so we are one year behind schedule.”

Bleeps_and_Tweaks is one of many readers disgusted by the treatment the Lotus name has had in recent years:

This whole sorry affair shows how little respect they have for one of the biggest names in F1. They?óÔéĽÔäóre a multi title winning team, and have produced another great car this year. If only the suits were as diligent as the race team.
Bleeps_and_Tweaks

The Lancia-Ferrari D50 claimed another win in the hands of Peter Collins in the non-championship Grand Prix of Syracuse 55 years ago today.

Luigi Musso was second in another D50 ahead of Stirling Moss’s Vanwall, the latter three laps behind on the 5.6km track.

73 comments on “Vettel has “total faith” in title defence”