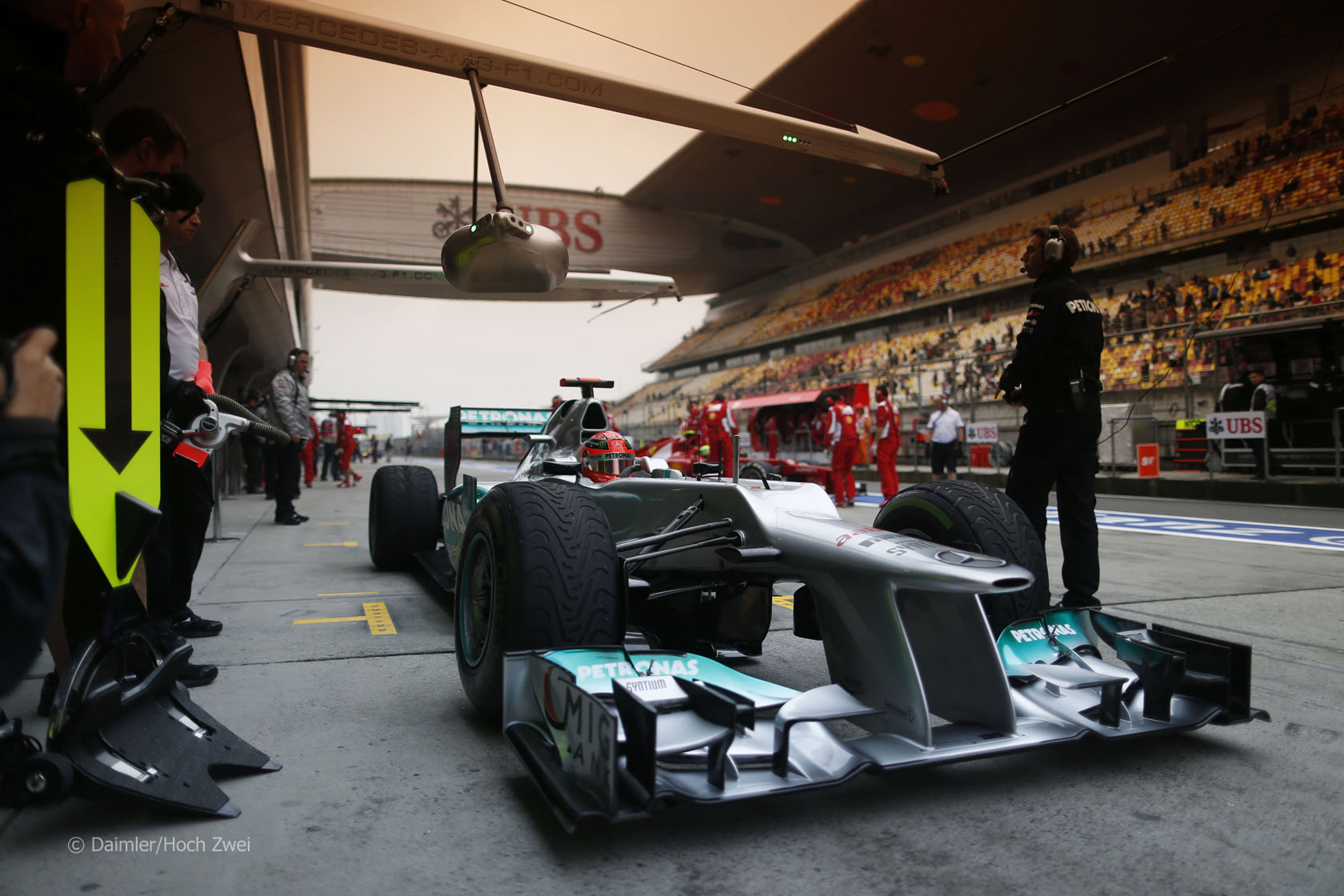 The second practice session was much busier than the first as the track was dry throughout.

Lewis Hamilton led the times to begin with on medium tyres, with Nico Rosberg slotting into second.

The Red Bull drivers made an early switch to the soft tyres and took over at the top of the list. Sebastian Vettel set two quick laps on the softs, peaking at a 1’36.160, with Mark Webber 0.2s behind.

Several other drivers made minor errors during the session, sometimes exacerbated by the still-wet run-off areas. Paul di Resta spun his Force India at the exit of the final corner doing just that and Heikki Kovalainen copied him later in the session.

Kamui Kobayashi and Bruno Senna also had off-track moments. And Timo Glock’s session came to an end when he spun off at turn one, the front wing and nose cone detaching from his Marussia.

Schumacher was next to try to the soft tyres and went quickest with a 1’35.973. Hamilton was quicker in the first two sectors but couldn’t match the Mercedes in sector three – which includes the long back straight – and ended up second, 0.172s slower.

That demoted the Red Bulls to third and fourth ahead of Rosberg and Jenson Button.

Kamui Kobayashi, the tow Force Indias and Fernando Alonso’s Ferrari completed the top ten. His team mate Felipe Massa was down in 17th.

Sergio Perez was 11th. The Sauber driver was one of several to have trouble braking for the turn 14, but his difficulties were the most acute. At one point he flat-spotted his tyres so badly the front of the car started to vibrate and he had to pit.

With track temperature no higher than 15C, the Lotus drivers had trouble with their set-up. Kimi Raikkonen could only manage 13th, Romain Grosjean 15th.