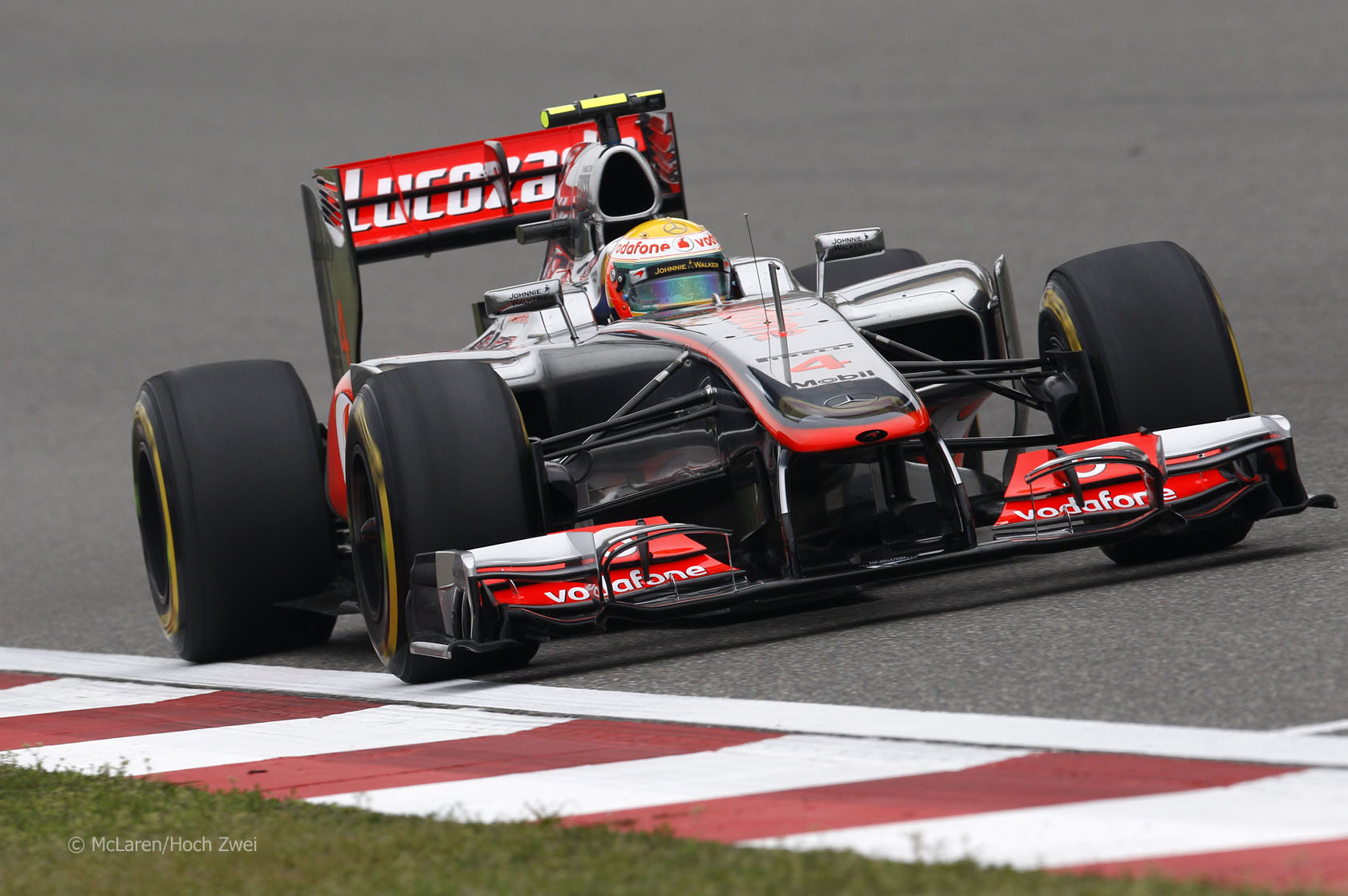 He posted a 1’35.940, fractionally quicker than Michael Schumacher’s best time from yesterday.

Team mate Jenson Button was second fastest ahead of the two Mercedes.

Mark Webber headed the times early in the session on medium tyres.

But the Mercedes drivers made an early switch to the soft compounds and took over the top of the times – first Schumacher, then Rosberg, who instantly pipped his team mate’s best effort by 0.123s.

With ten minutes to go Button did his first soft tyre lap and put the McLaren on top by a tenth of a second. He backed off on his next lap, then lowered his time to a 1’36.063.

Hamilton began his first soft tyre lap with five minutes to go. He was quickest of all in the first two sectors but lost a little time in the final third, locking up briefly at the hairpin. Nonetheless he was still quickest, a tenth faster than his team mate.

Mark Webber was fifth ahead of Pastor Maldonado and the Saubers of Sergio Perez and Kamui Kobayashi. The latter pair were comfortably quickest in the speed trap.

With the track temperature around 10C higher than yesterday, several drivers failed to improve on their fastest time from yesterday, including Schumacher and both Red Bull drivers.

17 comments on “Hamilton fastest again in final practice in China”