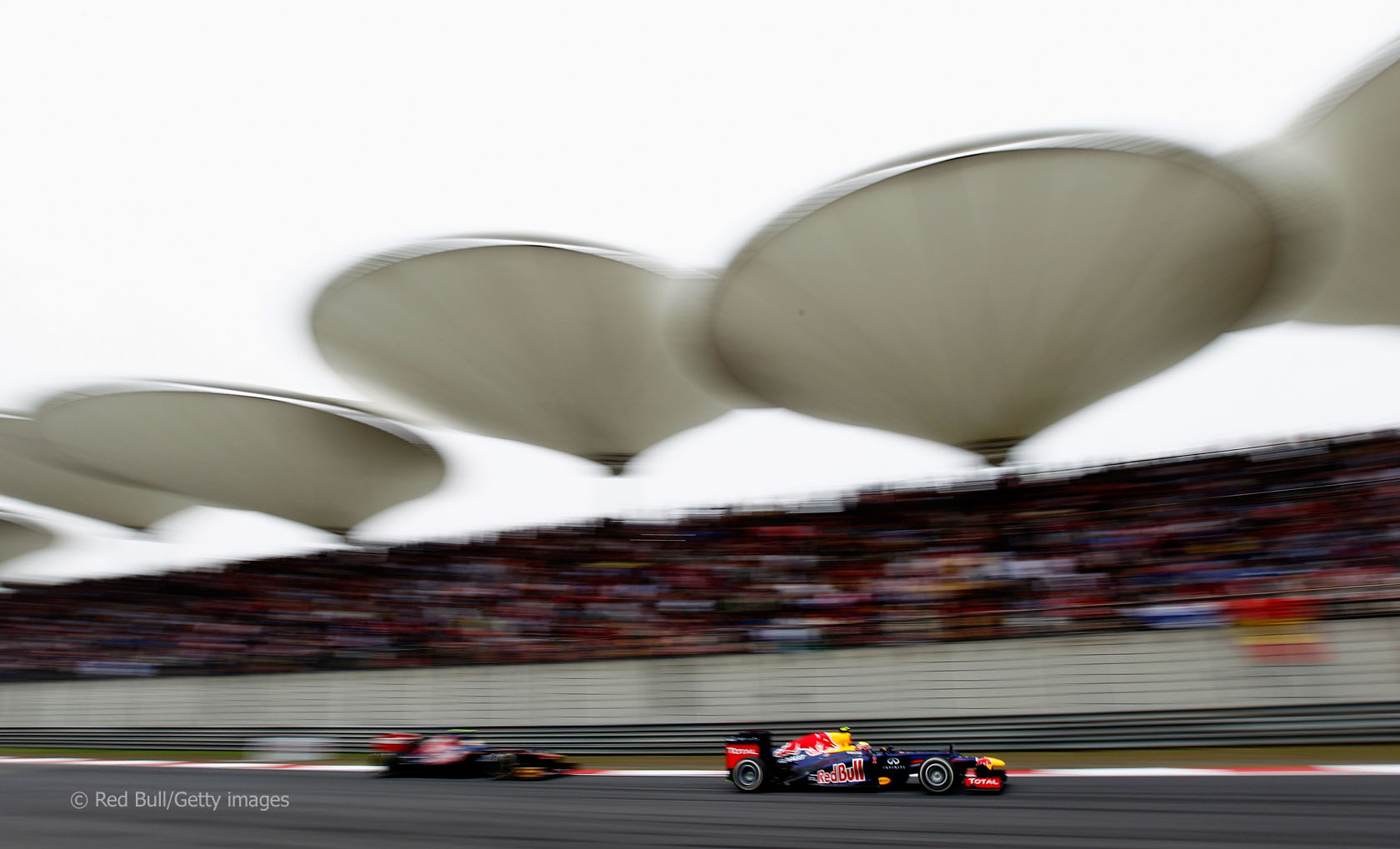 They brought Webber in for a very early pit stop just six laps into the race.

This partly came about as Webber had made a poor start and fallen to ninth behind Fernando Alonso. With Red Bull showing poor straight-line speed – Webber was sixth-slowest at the speed trap – they elected to try to make progress by pitting him very early.

Pitting this early was a strategic decision. Webber was not in tyre trouble at this point. Christian Horner said: “Ultimately from where we started, and where we were on the first lap, we faced some difficult strategic decisions. We were the first to stop with Mark, which was very aggressive.”

In years gone by teams avoided pitting drivers until they knew they had plenty of clear space to drop into when they came out of the pits. Red Bull’s move was aggressive because they didn’t have much space to drop Webber into.

They risked their race on Webber being able to overtake the slower cars more easily. Overtaking had proved quite easy at Shanghai last year.

Webber came out just four seconds behind the battling pair of Vitaly Petrov and Jean-Eric Vergne.

Red Bull gambled on Webber being able to pass them quickly enough that he would not lose time to the leaders. And that’s exactly how it worked out.

Webber set the fastest lap of the race up to that point when he came out on lap eight. On lap nine he passed Petrov and Vergne yet lapped just one-hundredth of a second off the pace of the fastest car on the track – Nico Rosberg’s Mercedes.

This led McLaren to respond, bringing in their drivers to keep them ahead of Webber, and committing to a three-stop strategy. They cut it very fine: Hamilton only just stayed ahead of Webber when he emerged from the pits on lap 11.

Halfway through the race Button’s race engineer told him “a lot of the other drivers are on plan B”. This further supports the view that McLaren’s three-stopper came in response to Webber’s – and also suggests they thought more of their rivals were doing the same.

After Button’s slow final pit stop dropped him into a train of cars, his engineer told him: “We need to overtake at least Vettel, the rest will probably pit.”

Among “the rest” he was referring to was no doubt Kimi Raikkonen. He had made his first pit stop on lap ten – one lap before Button. Lotus tried to run a two-stop strategy from there but Raikkonen couldn’t make his medium tyres last for a 26-lap final stint.

Would McLaren have been able to win the race using a two-stop strategy? From looking at their lap times, Button certainly seemed capable of running longer in his first three stints.

This is one of those decisions which looks easier to make with hindsight. Most likely, their early first pit stops committed them to three-stopping, and at that time they were behind both Mercedes with the lead McLaren 6.8s in arrears after ten laps.

So it’s not hard to see why McLaren found a three-stop strategy more attractive at that time, allowing them to cover Webber and go on the attack against the Mercedes.

But recall last year there were times when Button urged the team to run longer stints. They may well have had similar conversations in their debrief today.

Particularly as Romain Grosjean made his first pit stop on the same lap as Button, and successfully completed the race with only one further change of tyres.