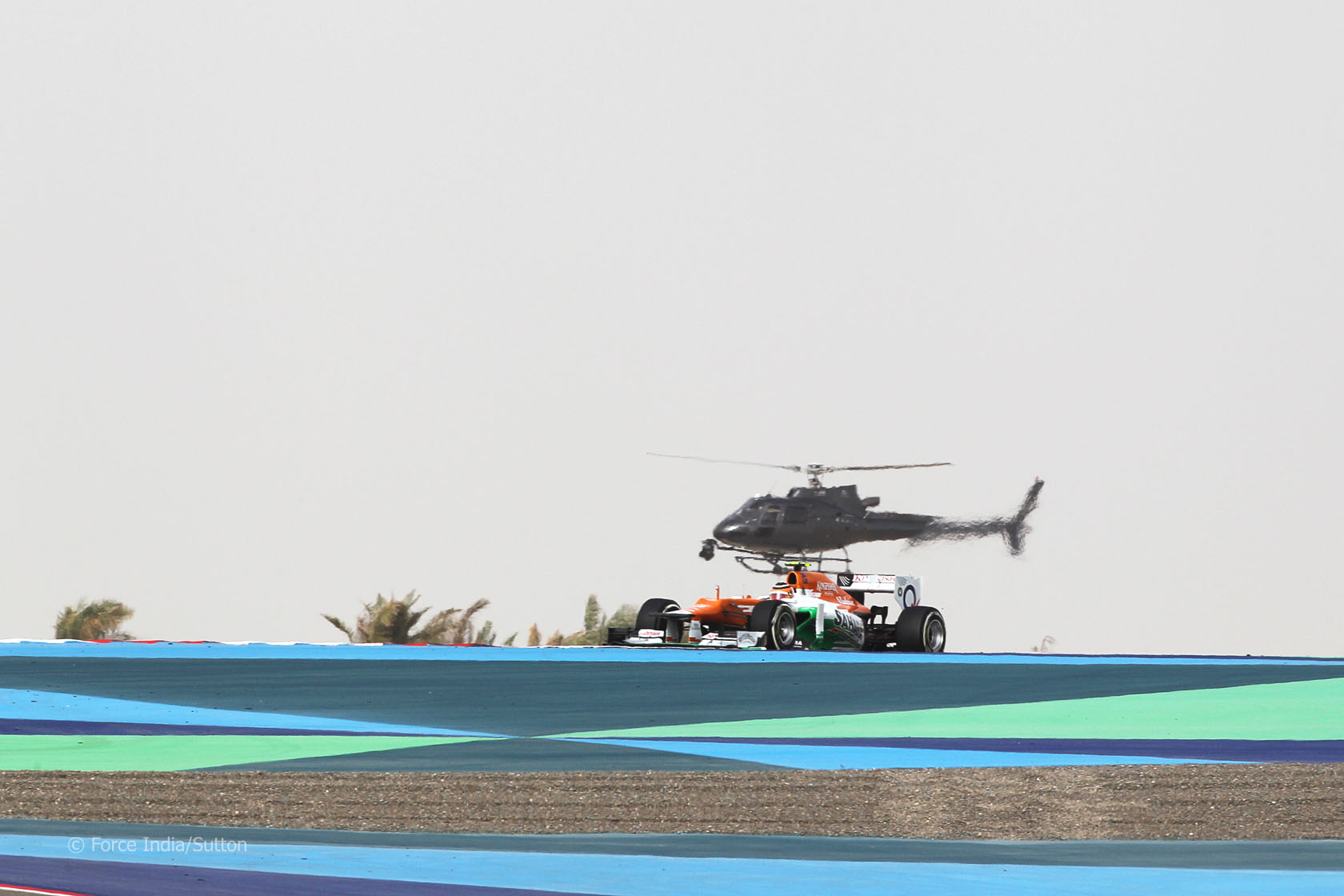 Nico Rosberg continued his and Mercedes’ good run of form by setting the fastest time in Friday practice for the Bahrain Grand Prix – but only after Force India had begun packing up to leave the circuit without running a single lap.

In a press release, the team explained that they had decided not to run in the second of Friday’s sessions for ‘logistical reasons’ – widely believed to be security fears following the petrol bomb incident on Wednesday evening. However, the team gave no indication of any intention to withdraw from the event completely and are expected to return on Saturday and for the race on Sunday.

The lack of running will no doubt disrupt the team’s preparations for the rest of the Grand Prix weekend, as both Paul di Resta and Nico Hulkenberg will only have one hour of track time to prepare for tomorrow’s crucial qualifying session. The move could also explain why the team decided to run both cars on the Soft compound during first practice.

On track, Rosberg’s quickest time of 1’32.816 was comfortably fastest from the two Red Bulls of Mark Webber and Sebastian Vettel. Lewis Hamilton was fourth fastest, almost a second behind, followed by Michael Schumacher, Jenson Button, Kamui Kobayashi and Fernando Alonso. All times were set on the Soft compounds.

The Bahrain International Circuit was slightly warmer than it was in morning practice, with track temperature having risen to 40C by the time the afternoon session got underway.

Except for the Force India team, the track was busy from the moment the session began. Jenson Button set the early pace with a 1’34.500 on the Medium tyre, before Sebastian Vettel dropped the benchmark to a 1’33. Nico Rosberg’s first lap on the Soft Pirelli tyres put him comfortably fastest midway through the session with a 1’32.816, which was never bettered.

The time sheets remained fairly static for the remainder of the session, as teams opted for high fuel long runs. Track temperature dropped significantly during this time, with the track down to a cooler – but still rather warm – 32C as time expired. None of the front-runners improved on their personal best times during the final part of the session.

Fernando Alonso continued to wring as much performance out of his Ferrari as possible, fighting the car as his Soft compound tyres apparently began blistering in the heat. He finished the session in eighth with team mate Felipe Massa posting the 12th fastest time half a second behind.

Bruno Senna, in his only session of the day, appeared to be struggling for pace down in 18th behind the two Caterhams, while Kimi Raikkonen could only manage the 13th fastest time in the Lotus.

Other than the Force India departure, there were few significant incidents in the session. Mark Webber was told that his KERS had failed with just over half an hour of the session remaining while Sebastian Vettel and Michael Schumacher had a minor near miss into turn ten in the final ten minutes.