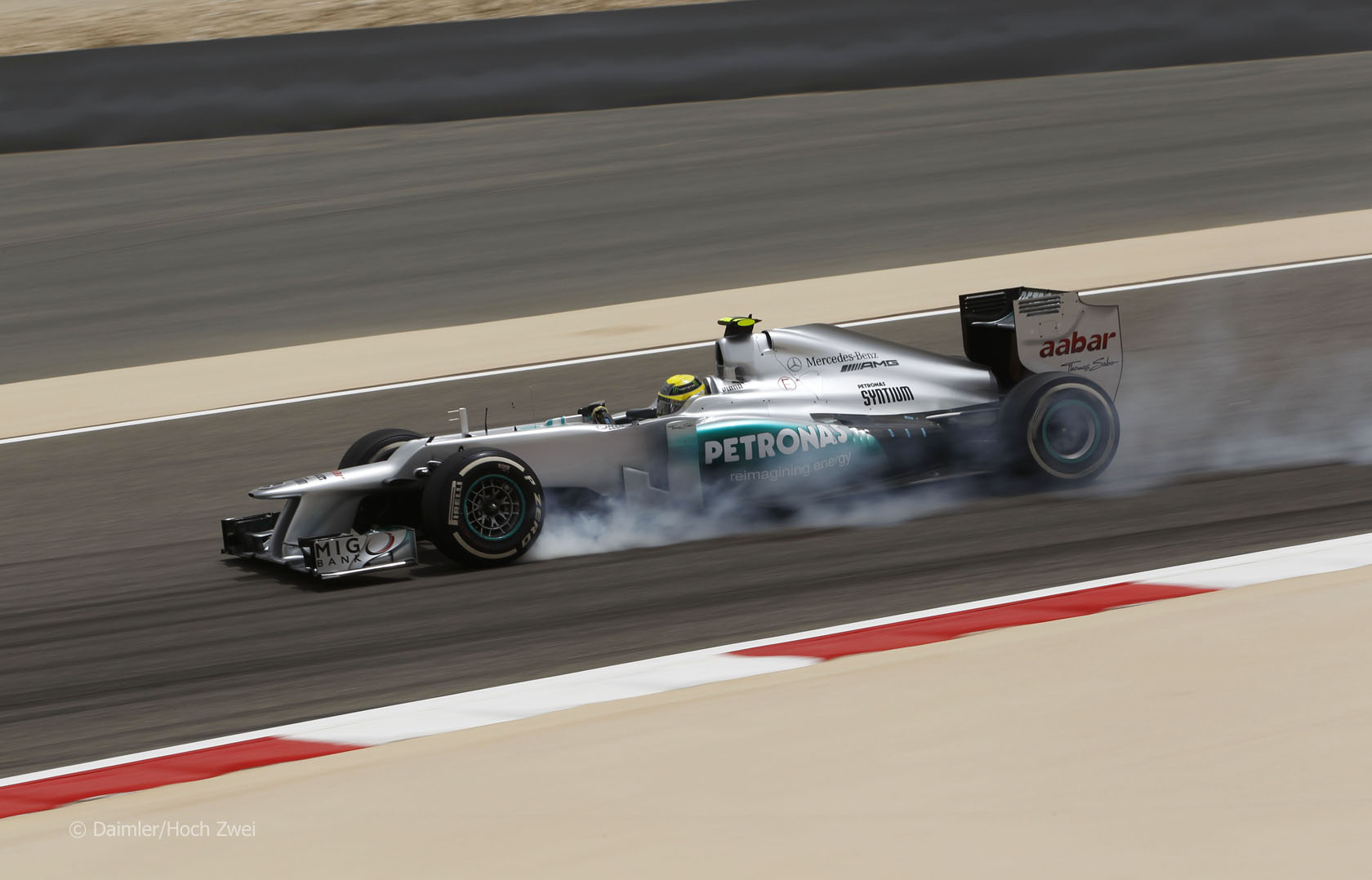 Nico Rosberg led the final practice session in Bahrain ahead of the Red Bull pair.

Track conditions had deteriorated since yesterday, with noticeably more dust on the circuit.

The Lotus pair were next onto the track, with first Kimi Raikkonen, then Romain Grosjean leading the times.

The fastest driver on the medium tyres was Sebastian Vettel, who set a 1’34.225 before drivers started using the softs.

Daniel Ricciardo was the first driver to demote him using the soft tyres, but the Mercedes drivers showed even better pace.

Michael Schumacher set a 1’33.796, then reported his rear tyres had started to go off soon afterwards.

But as in China team mate Nico Rosberg found over a half a second more time. A 1’33.254 put him comfortably fastest.

Lewis Hamilton was next up to try to beat the mark but could only better Schumacher’s mark by a hundredth of a second. Jenson Button took to the track a few minutes later and a lap of 1’33.899 put him fourth.

But the McLarens and Schumacher were relegated by a late effort from the Red Bulls. Sebastian Vettel and Mark Webber claimed second and third, the world champion lapping within 0.147s of Rosberg.

Raikkonen took seventh ahead of Ricciardo and Grosjean. Fernando Alonso scraped into the top ten, just two-hundredths of a second faster than Pastor Maldonado.

14 comments on “Rosberg on top as Bahrain practice finishes”