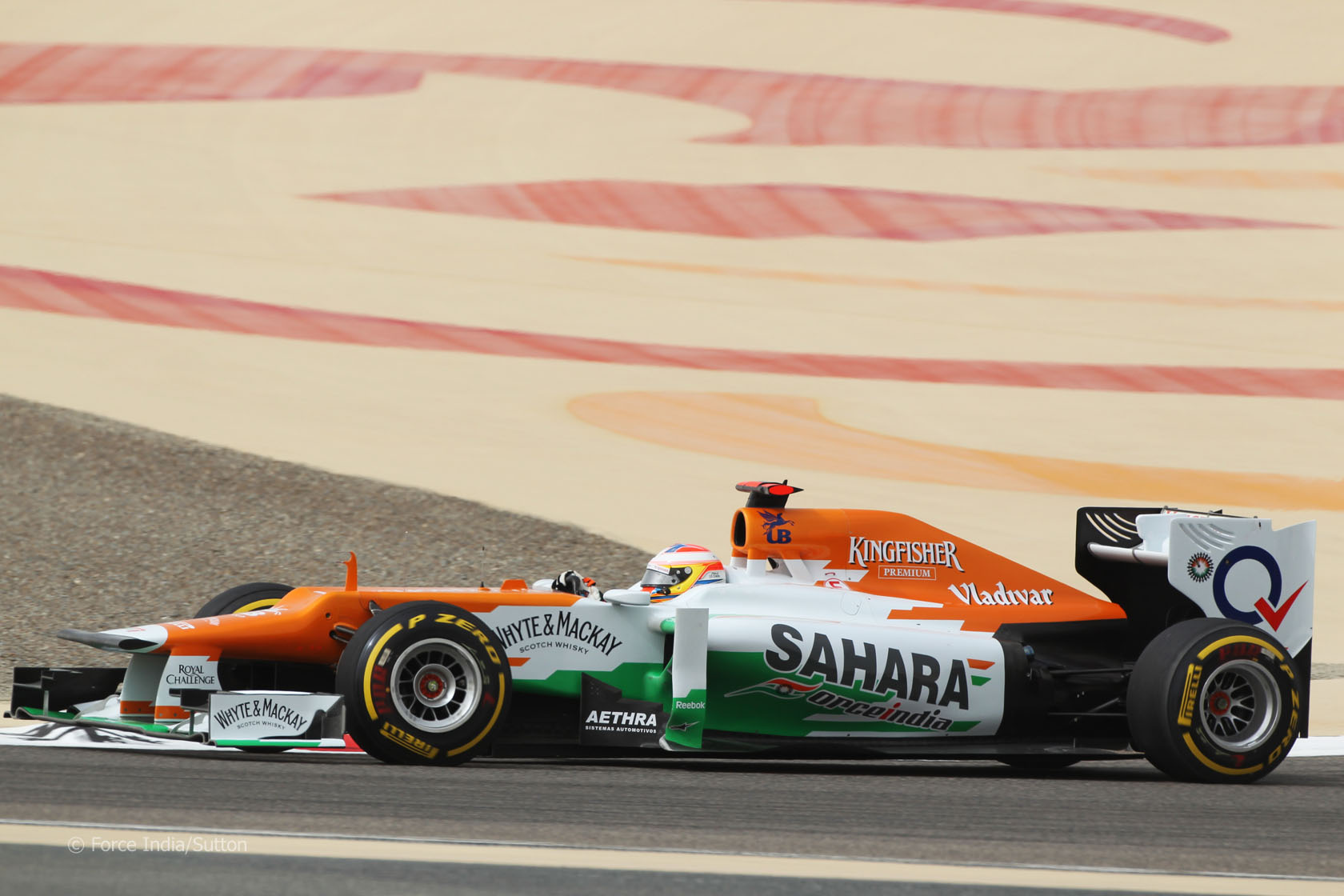 All the drivers’ lap times, the list of fastest laps and how Paul di Resta was the only driver to make a two-stop strategy work. Paul di Resta was the only driver to make a two-stop strategy work. He ran new tyres in all three stints, softs followed by two sets of mediums.

His lap times above shows how much of a gamble this course was and how well he did to hang on to the tyres in his final stint. His lap times began rising ten laps from home.

The team split strategies with Nico Hulkenberg running a three-stopper. After di Resta appeared behind him on lap 34 he was advised to make way for his team mate because they were on different strategies.

He described how he held off Fernando Alonso on the last lap: “We knew it would be a big ask to make only two stops and it was a close run thing at the end because my tyres completely went away on the final lap.

“I had Fernando very close behind me, but I saved a bit of KERS coming out of the final corner and managed to stay ahead.”

Kamui Kobayashi tried to run the same strategy as di Resta, without success: “I started on a set of new medium compound tyres and we tried a two stop strategy but in the end it didn?óÔéĽÔäót work out.

“The tyres degraded quicker than we hoped and I had to do three stops as well with the last one seven laps before the end.”