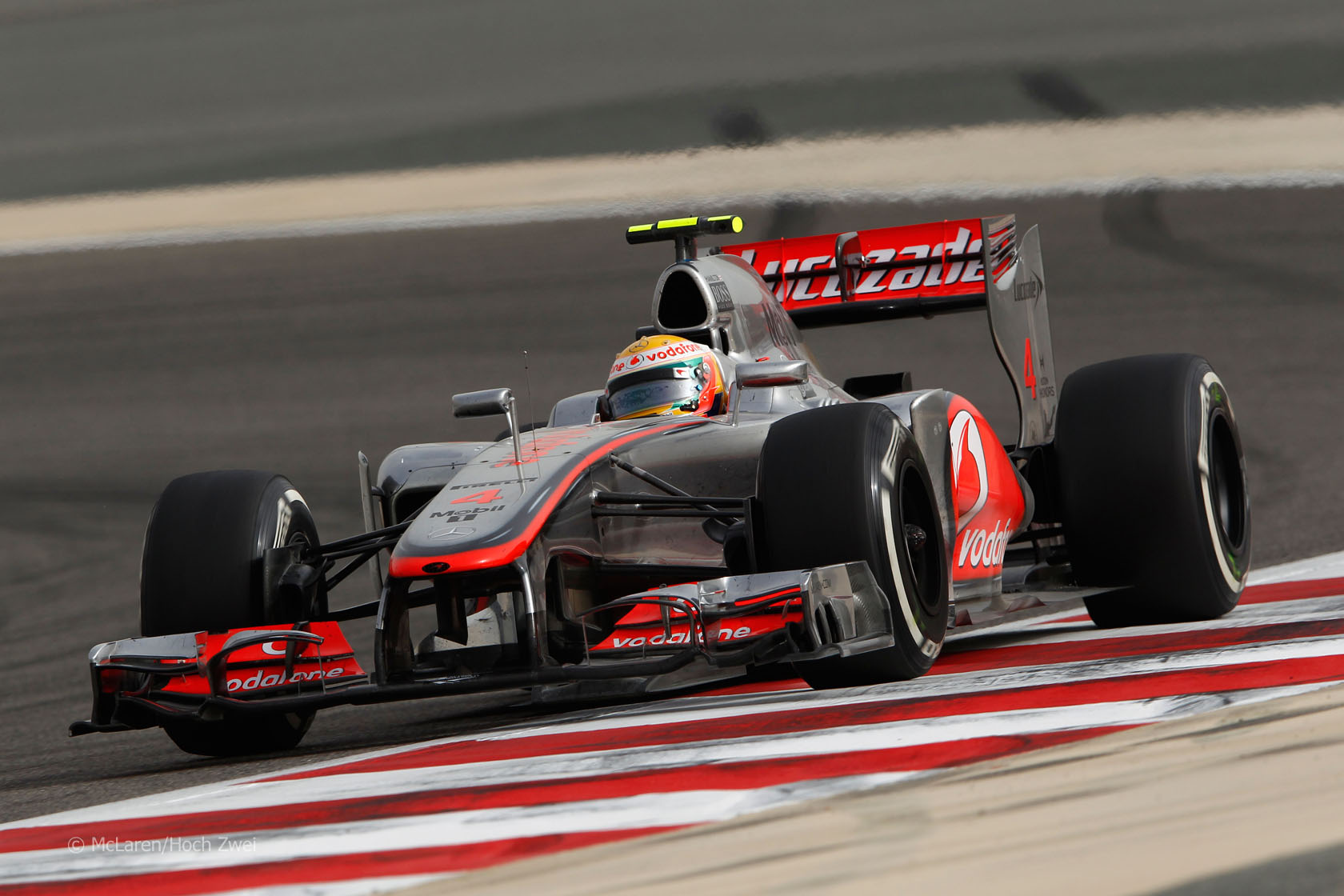 All the pit strategy data, including how new tyres helped Kimi Raikkonen catch Sebastian Vettel, and how much time Lewis Hamilton lost in the pits.

Sebastian Vettel built up a gap of 4.9 seconds in the first six laps – which proved highly valuable later in the race.

“A good start was crucial and I was able to pull away from the pack,” he explained, “which was a big advantage as we always had to go on scrubbed tyres due to the fact we had used almost all of them in qualifying yesterday.”

This also helps explain why Raikkonen was able to catch and pass team mate Romain Grosjean during the second stint. Grosjean had used tyres for the first two stints whereas Raikkonen, who did not make it into Q3 on Saturday, was not. McLaren have had pit stop problems in the last two races. Today consecutive problems for Lewis Hamilton in his first two pit stops went some way towards wrecking his race.

Simply subtracting that lost time from his race time suggests he would have easily finished fifth. But of course those slow stops meant he spent more time in traffic, losing even more time.

Once again this year, we saw very little of what Hamilton was capable of when not in traffic. But it seems likely he would have finished behind the Lotuses and probably Webber too.

Hamilton said: “By rights we should have been fighting to finish in the top four today, but it didn?óÔéĽÔäót work out like that in the end.

“The delays in the pits were a big part of that, of course. For the driver sitting in the car, that?óÔéĽÔäós always frustrating, because you?óÔéĽÔäóre just waiting and there?óÔéĽÔäós nothing you can do to help.”