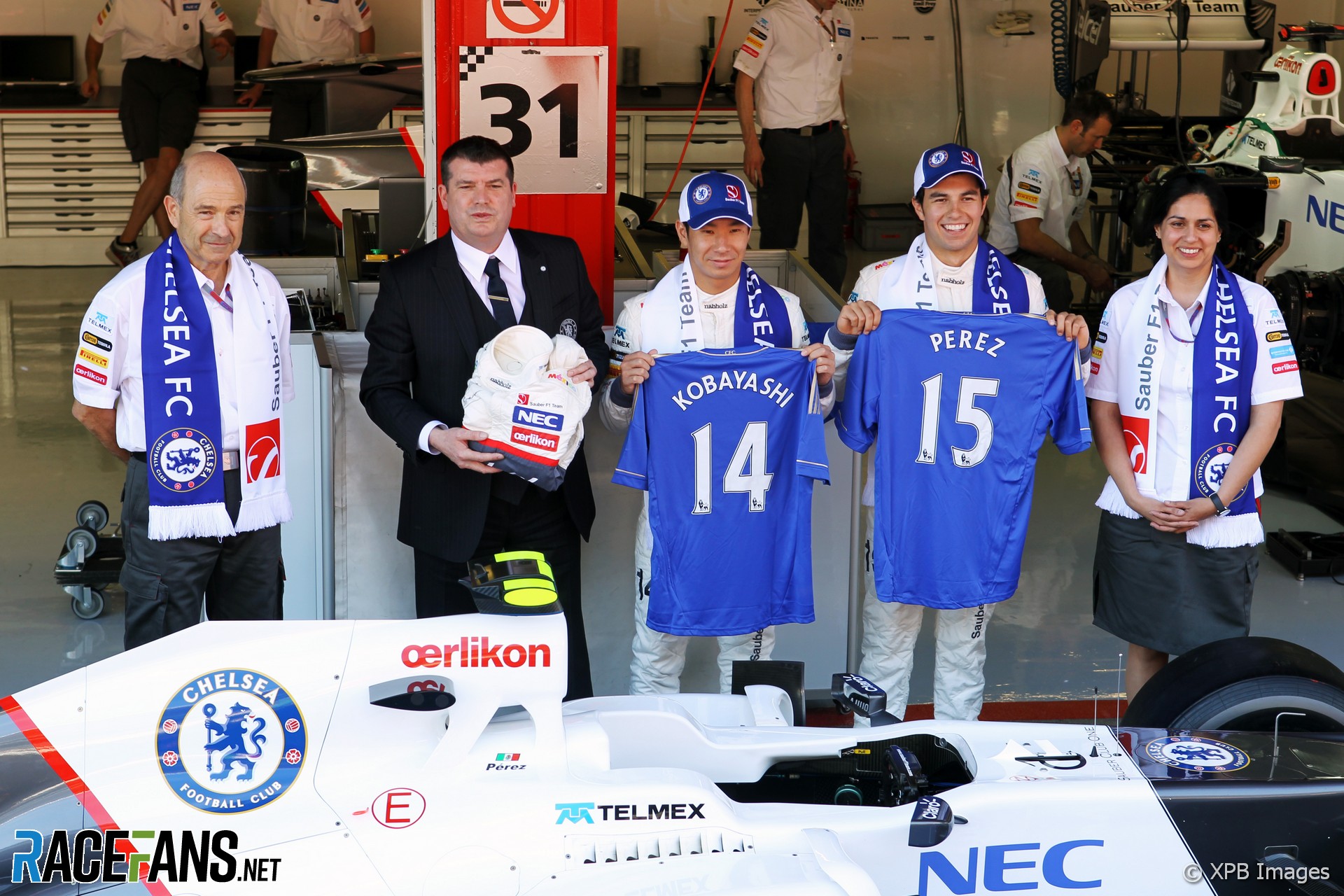 The C31 will race with Chelsea logos from the next round of the world championship in Spain.

Team CEO Monisha Kaltenborn said: “A partnership like this between Formula One and Football has never existed before in this form, yet there are numerous commonalities and possible synergies.

“In either case we are talking about team sport at the highest – and international – level. The Sauber F1 Team and Chelsea FC are dealing with many of the same sporting and commercial topics and we want to strengthen each other in these areas. We are looking forward to exploiting these opportunities, and we congratulate Chelsea on making it to the final of the Champions League.”

Sauber dropped hints about the forthcoming deal by running the slogans “Out of the blue” and “True blue” on its cars’ engine covers in the last two races.