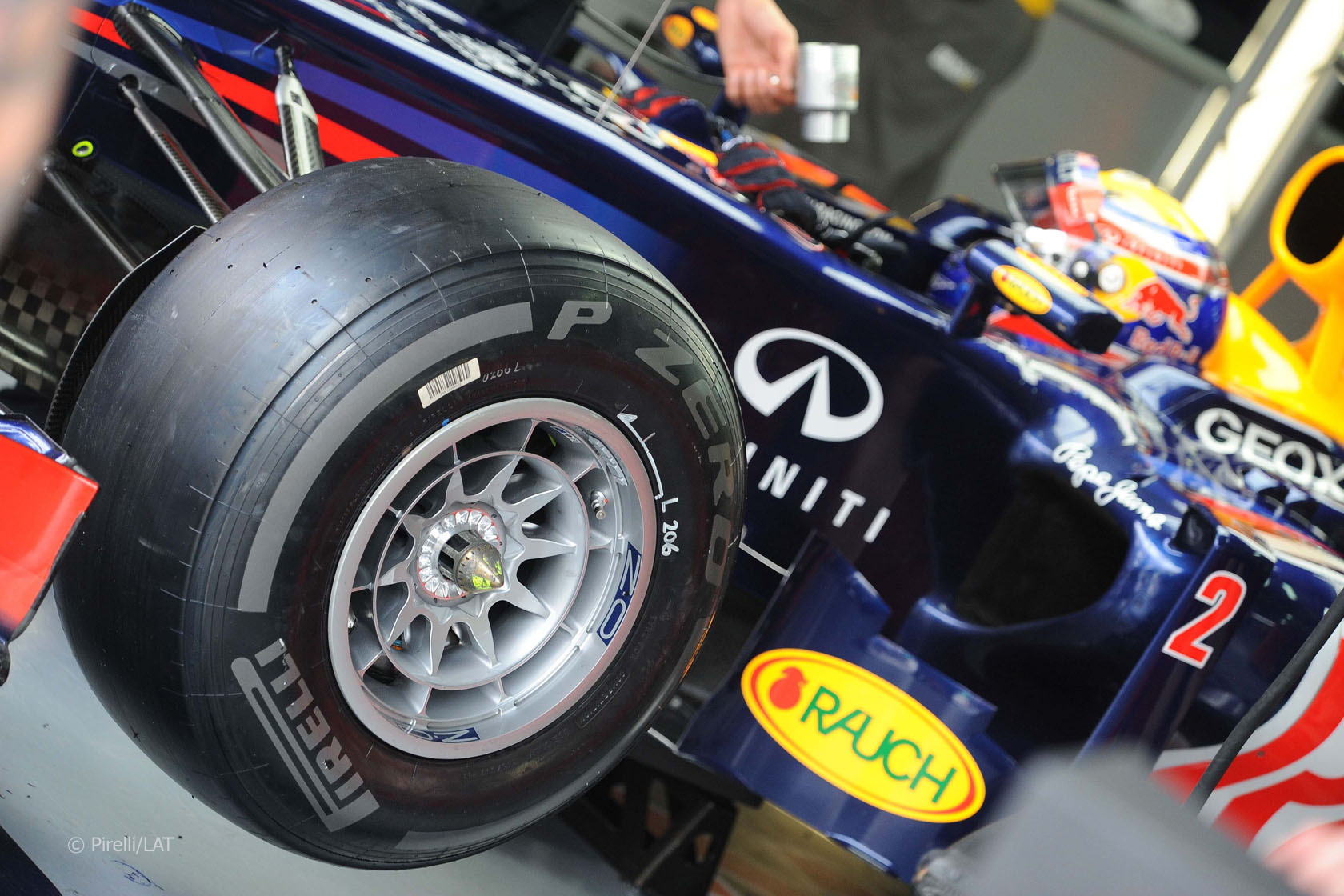 Pirelli have suggested F1’s tyre rules should be revised to improve the action on race weekends.

Last year F1’s official tyre supplier raised the possibility of bringing back qualifying tyres to encourage drivers to set times in all parts of qualifying. However the plan failed to gain the support of teams.

Pirelli motorsport director Paul Hembery told F1 Fanatic: “We have said before that it is somehow frustrating for the fans to see that some of the top ten drivers do not go out any more in Q3 to save tyres.

“Whereas we also understand the teams’ side – it adds an extra element of strategy for them – it might be worthwhile to open a discussion on whether the tyre regulations should be modified as today’s rules were mainly written for a time when tyres lasted for a whole race.

“It is not our role though to push for changes but we are happy to discuss with the teams, the promoter and the federation should they feel a need for modifying the current tyre regulations.”

Hembery was speaking in response to this article: