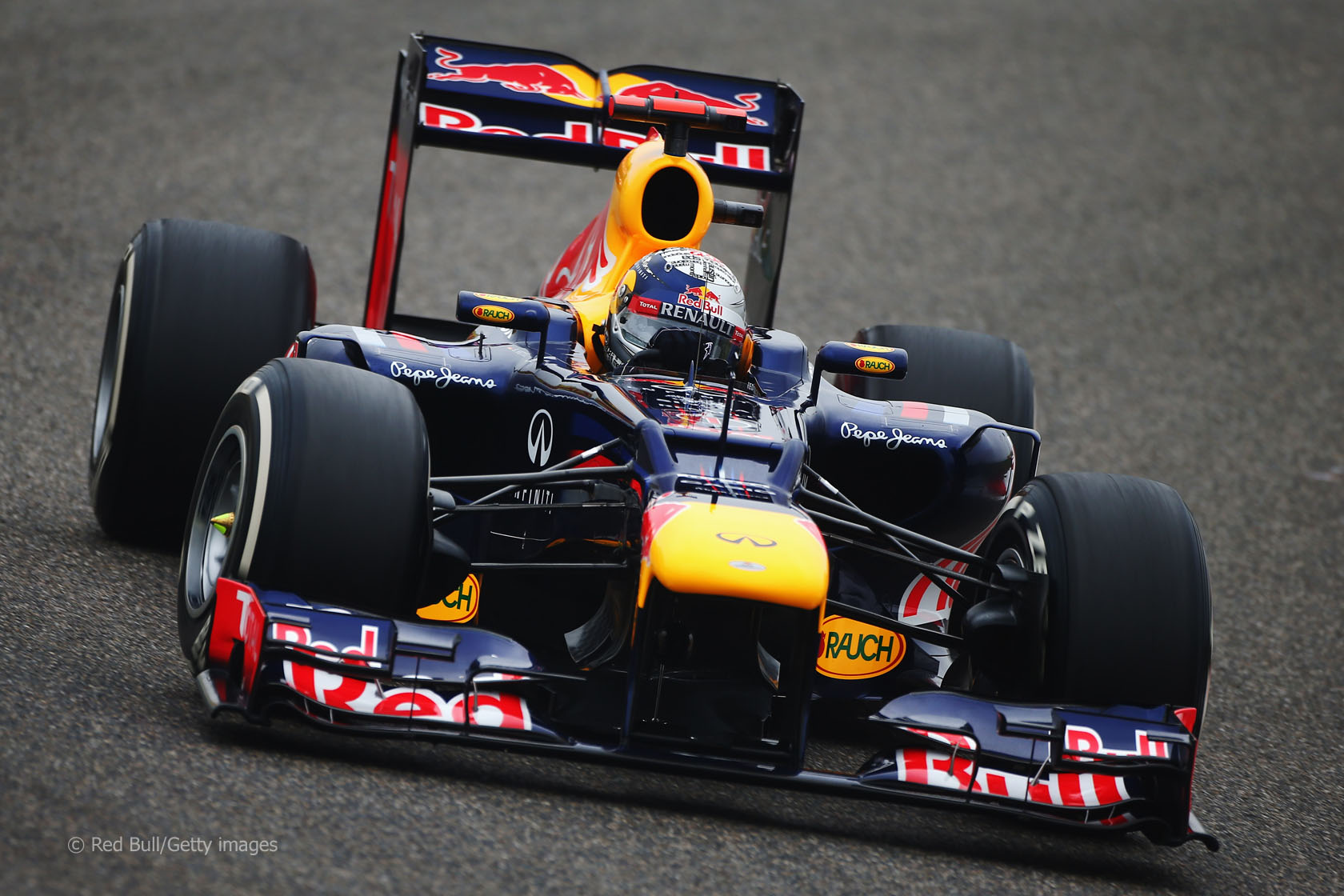 Sebastian Vettel says the change in approach with tyres in F1 has given drivers more opportunities to improve their position in races.

Michael Schumacher sparked debate over F1’s Pirelli tyres when he criticised them on the Sunday of the Bahrain Grand Prix.

He later told CNN the new tyres were like “driving on raw eggs”.

Asked about Schumacher’s comments, Vettel said: “I think we get a completely different impression inside the car than you might get outside the car so, you’re always talking of two different worlds, I think for us quality of racing is – if you compare racing today you have to look after your tyres much more than probably you had to three, four, five years ago.

“For us if you take 2009, where we were allowed to refuel, you had new tyres and the tyres lasted longer, they didn’t see that much degradation, it’s a different quality inside the car because you can push nearly every lap, very similar to qualifying.

“Whereas now I think the racing’s different. We fuel the cars up, the cars are much heavier, if you have a heavier car it’s more stress for the tyres, so it puts the whole thing in a different window.

“I think if you put a new set of tyres on with 20 laps to go or 15 laps to go, which is let’s say the stint length you had earlier a couple of years ago, it’s a different world for the tyres. But the tyres do see more degradation and then we start to slide and one guy slides more than the other just because he put his tyres on two laps later or two laps earlier, and that creates a different type of racing – more overtaking, which I would imagine is seen as a better quality from the outside because, simply, things happen.”

Vettel said the new tyres have opened up more possibilities for drivers to make progress in the race. He compared the current situation to his experience of spending most of the 2009 Spanish Grand Prix stuck behind Felipe Massa:

“I think it depends what you really want in that regard. We’ve had more overtaking like Fernando [Alonso] said earlier. So I think the races today – to be honest last year, the last two years – since we have changed a couple of things have become much better, also for us.

“I had a race here where I was following Felipe for, I think, 60 laps, and I couldn’t pass. Nowadays you know that your chance will come in the race and it’s changing the position in the car as well.”

Alonso added: “I agree with Seb but I don’t agree that Michael continually criticises Pirelli.

“Michael said one thing and what has been written in the press is maybe exaggerated what he said. Because I read what he said and I don’t see any big problem with that.”

Have the current generation of tyres changed the racing for the better? Have your say here: