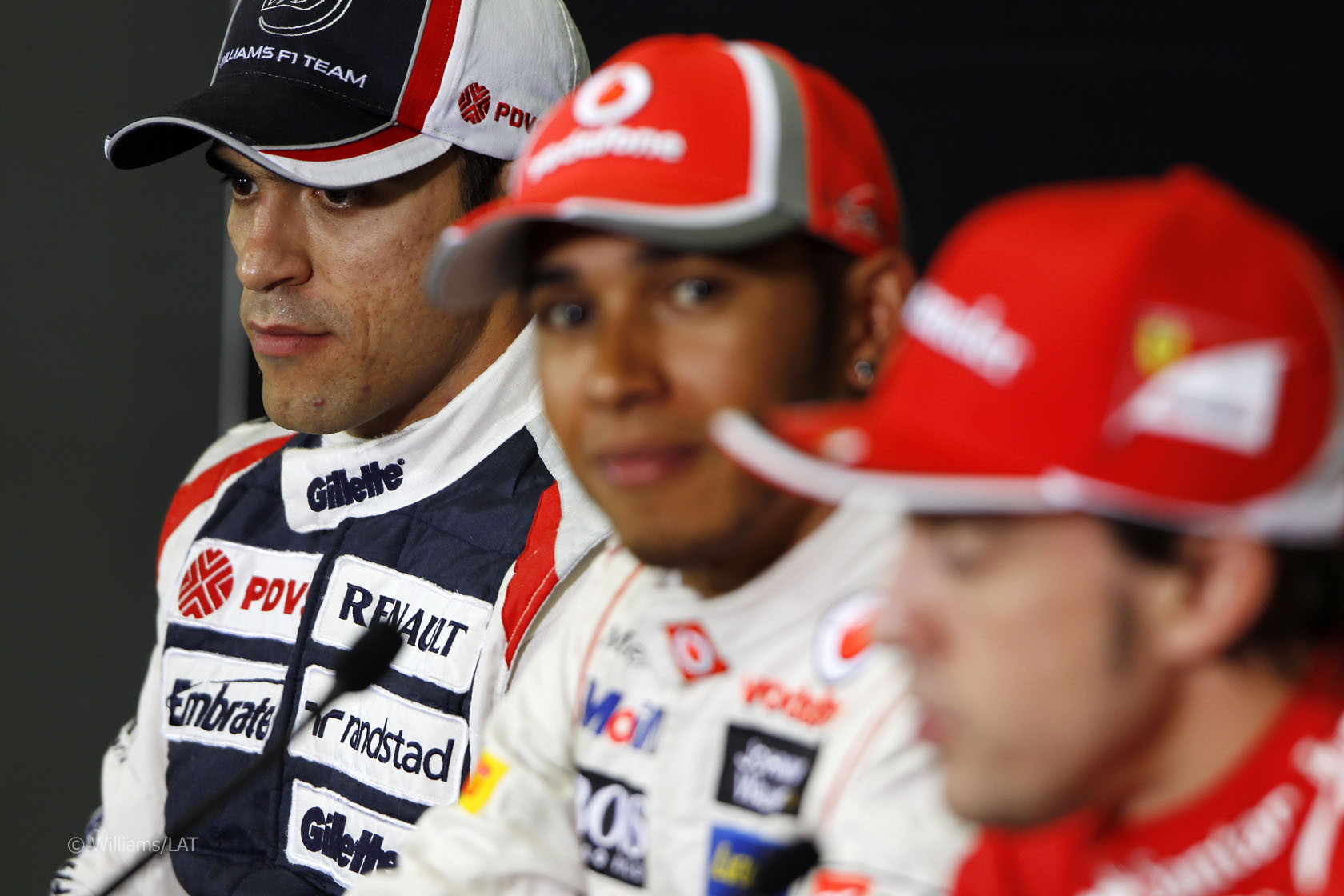 Lewis Hamilton was handed a grid penalty after stopping on his return to the pits in Q3 and will start from the back of the grid.

McLaren instructed Hamilton to stop as he had too little fuel in the car and needed to retain enough to provide a sample to the FIA for testing.

Although the rules allow a car to be stopped on its return to the pits if needed, a shortage of fuel is not considered an acceptable reason.

A statement from the stewards read:

“The stewards received a report from the race director which stated that during post-qualifying scrutineering a sample of fuel was required from car four, however, the car failed to return to the pits under its own power as required under Article 6.6.2 of the FIA Formula One Technical Regulations.

“The stewards heard from the team representative Mr Sam Michael who stated that the car stopped on the circuit for reasons of force majeure. A team member had put an insufficient quantity of fuel into the car thereby resulting in the car having to be stopped on the circuit in order to be able to provide the required amount for sampling purposes.

“As the amount of fuel put into the car is under the complete control of the competitor the stewards cannot accept this as a case of force majeure.

“The stewards determine that this is a breach of Article 6.6.2 of the FIA Formula One Technical Regulations and the competitor is accordingly excluded from the results of the qualifying session. The competitor is however allowed to start the race from the back of the grid.”

Article 6.6.2 of the technical regulations states: “Competitors must ensure that a one litre sample of fuel may be taken from the car at any time during the event.

“Except in cases of force majeure (accepted as such by the stewards of the meeting), if a sample of fuel is required after a practice session the car concerned must have first been driven back to the pits under its own power.”