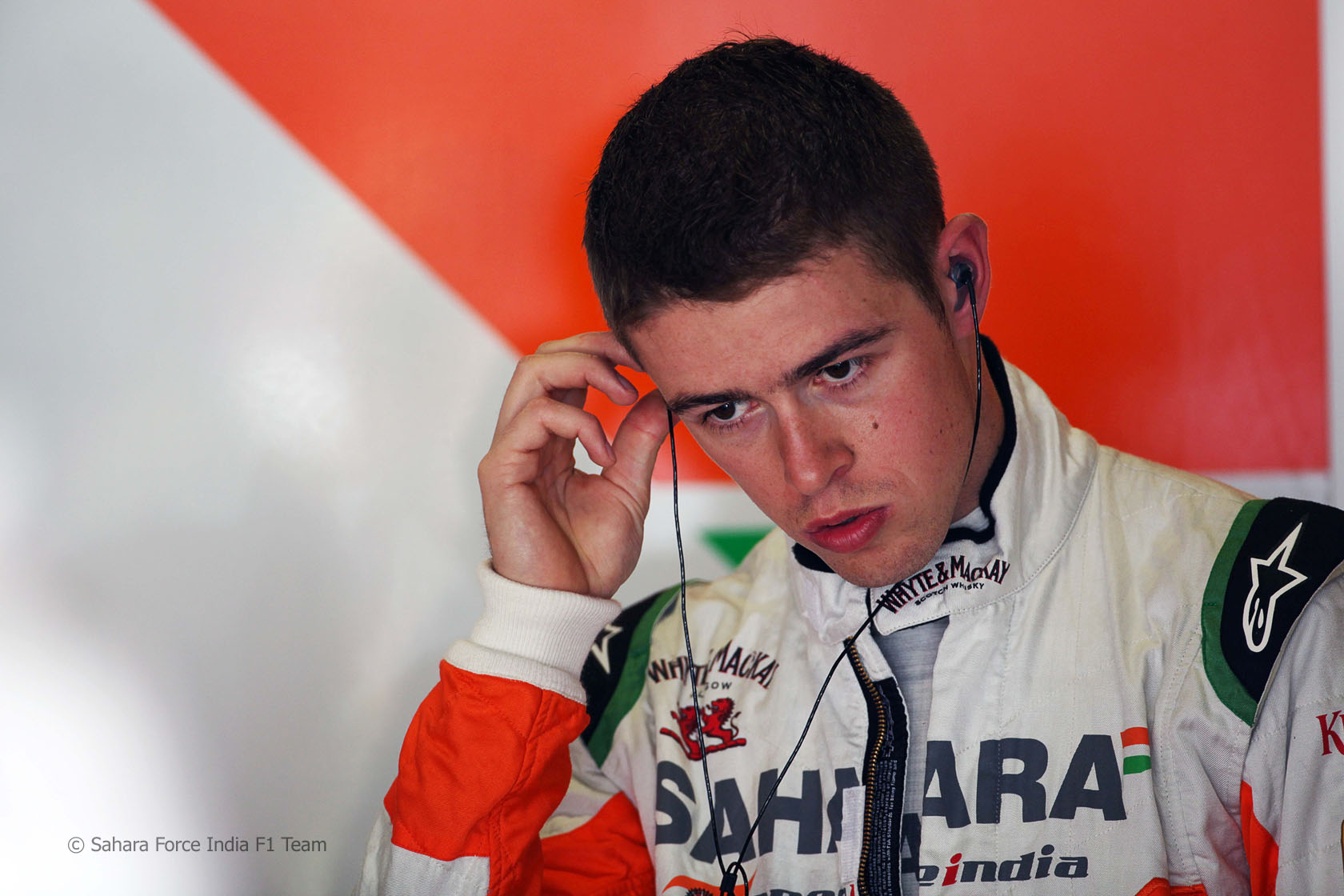 In the round-up: Mercedes’ Nick Fry says the team would look into running Paul di Resta if Michael Schumacher chose not to continue in F1.

Nick Fry: “Of course Paul’s on our radar. He’s done a fantastic job, he’s a nice guy, he’s great team player and he would be one of the drivers undoubtedly that, if Michael were to decide he didn’t want to continue, we would look at. But we haven’t reached that time yet in our thinking but we have all got a lot of admiration for Paul.”

“Motor racing business Formula One will start pre-marketing for its up to $3 billion Singapore initial public offering on May 22 after receiving approval from the city’s stock exchange for the deal, sources with direct knowledge of the plans said on Monday.”

“The Conservative Party was offered a ?óÔéĽ?Łserious?óÔéĽÔäó donation from an envoy of billionaire Formula One boss Bernie Ecclestone in return for Max Mosley becoming an MP, it emerged yesterday.”

“All the corners are difficult in their different ways, but the most challenging has to be the first chicane around the Swimming Pool. It is the fastest corner on the track, flat out in fifth gear in qualifying at about 150mph. It is enormously impressive to drive through there. You cannot afford to get it even slightly wrong, because if you do you have a big, big shunt.”

Penske vs Andretti at Indianapolis (MotorSport)

“Caterham were using a lot of flow viz at various points on the car over the course of the day, starting with the front wing endplates, on each run flow viz was used on other sections of the car including the front wing flaps, turning vanes, sidepods, exhaust exits & the rear wing & diffuser with the car doing one run up and down the runway each time.”

“It was so great to see him come back after his terrible accident in Hungary a couple of years ago, but at the moment it?óÔéĽÔäós a difficult situation for everyone.”

“Will be walking around F1 paddock and garages during GP this year. But never go close to the safety car. See you there, mates!”

“Damon Hill says he has no thoughts of a proper racing comeback ?óÔéĽÔÇŁ or perhaps doing a 24 hour race with son Josh ?óÔéĽÔÇŁ despite showing well in the VW Scirocco-R Cup at Brands Hatch last weekend.”

“Even though Pagani is building the Huayra now, they’ll still make you a Zonda if you ask for one. That’s what F1 star Lewis Hamilton did, comissioning a one-off version with 760 HP and manual gearbox.”

I think Monaco is the most interesting race on the calendar when it comes to strategy, especially since one stop may not be enough. Last year Vettel looked set to make it work (by accident, if I recall correctly, because the plan was to go super soft for the second stint as well), but several others failed to make it work, resulting in the huge pile-up that caused the much-lamented red flag. Moreover, with the soft compound softer than last year, a one-stopper could prove even more challenging this year.

What might make this year?óÔéĽÔäós Monaco even more interesting is that the gaps between the teams are so small. Last year, the front runners could pull out a big gap in the first 15 laps, and pit safely without having to worry about rejoining behind, say, Felipe Massa who is doing a long first stint on the soft tyres. On every other track, the combination of fresher tyres, KERS and DRS give the attacking driver at least a good chance of getting by. At Monaco, however, an ill-timed or slow stop (oh dear McLaren…) could completely ruin a race.
AdrianMorse

The two Ferraris of Niki Lauda and Carlos Reutemann claimed second and third.

Here’s footage from the race including an unusual angle on Tyrrell’s radical six-wheeled car:

62 comments on “Mercedes would consider Di Resta if Schumacher left”