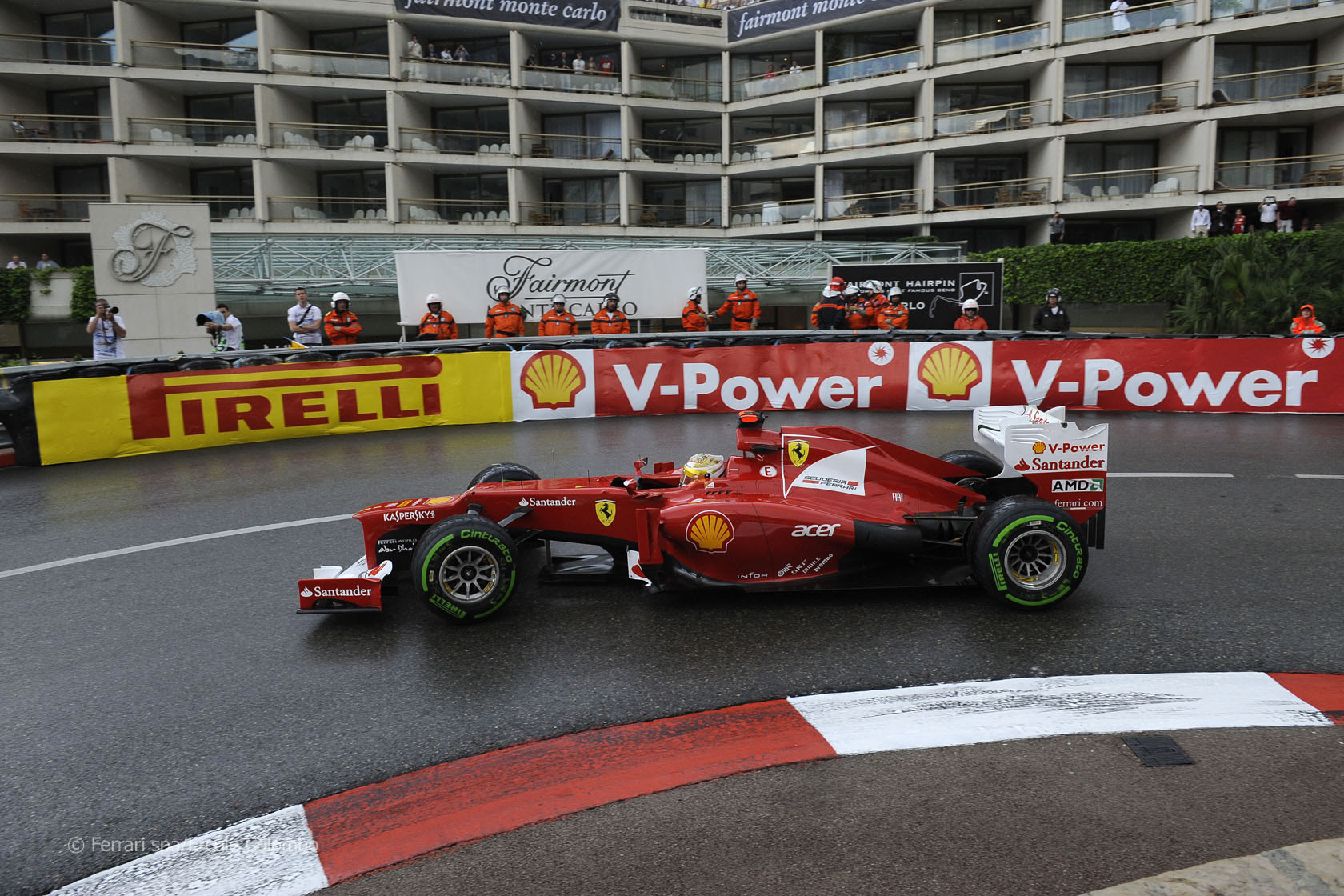 The rain that was forecast for Friday arrived a day early in Monaco, forcing teams to revise their plans for the second practice session.

Had the rain been expected further in advance, its likely some of the teams would have run the super soft tyre in first practice. As it was, Jenson Button and Kamui Kobayashi were the only drivers to set representative lap times on the tyre.

It also limited the amount of race preparation the teams could do in the second session, leaving them with busy programmes when practice resumes on Saturday morning.

This chart shows all the drivers’ lap times (in seconds) during their longest unbroken stint.

As we didn’t see the usual high-fuel runs on slicks in the second practice session, the graph uses the data from the first session instead, when all the teams were using the soft tyre:

“The most important job today was to try and get a decent high-fuel long-run on the super-soft tyre ?óÔéĽÔÇŁ which I don?óÔéĽÔäót think anyone managed,” said Button. “We?óÔéĽÔäóve got to see how the tyre works because its performance will play a considerable role in the race.”

This is going to mean a lot more guesswork when it comes to race strategy. Pirelli motorsport director Paul Hembery said: “Unfortunately the changeable weather conditions meant that the majority of the field were unable to compare the soft and super-soft tyres as much as we had hoped making Saturday?óÔéĽÔäós practice very important for the full fuel load runs.

“There will still be plenty of data for us to analyse tonight, and we would expect the soft tyre to last for around 50 laps and the super-soft to last for 35 laps, with a difference of about a second per lap between the two compounds.”

Alonso was on good form in the first session and pronounced himself satisfied with the Ferrari’s performance. Here as in Spain the F2012’s upgrades appear to have brought it within range of the front runners.

Kimi Raikkonen didn’t set a time in the first session and had little dry running in the second. “The steering wasn?óÔéĽÔäót to my liking so the team changed it for me,” he explained. “It’s something you change for Monaco and there?óÔéĽÔäós no way of knowing what it will be like beforehand.”

However Lotus look competitive once again – team mate Romain Grosjean was second in both sessions.

Technical director James Allison said the Monaco-specific upgrades the team had brought for the E20 are working: “We?óÔéĽÔäóre happy with today?óÔéĽÔäós performance as we came here with a certain amount of trepidation about whether our cars would be competitive.”

Maximum speed is never a priority in Monaco, the cars are around 30-40kph slower at peak speeds than at normal circuits.

21 comments on “Rain makes for inconclusive practice day in Monaco”