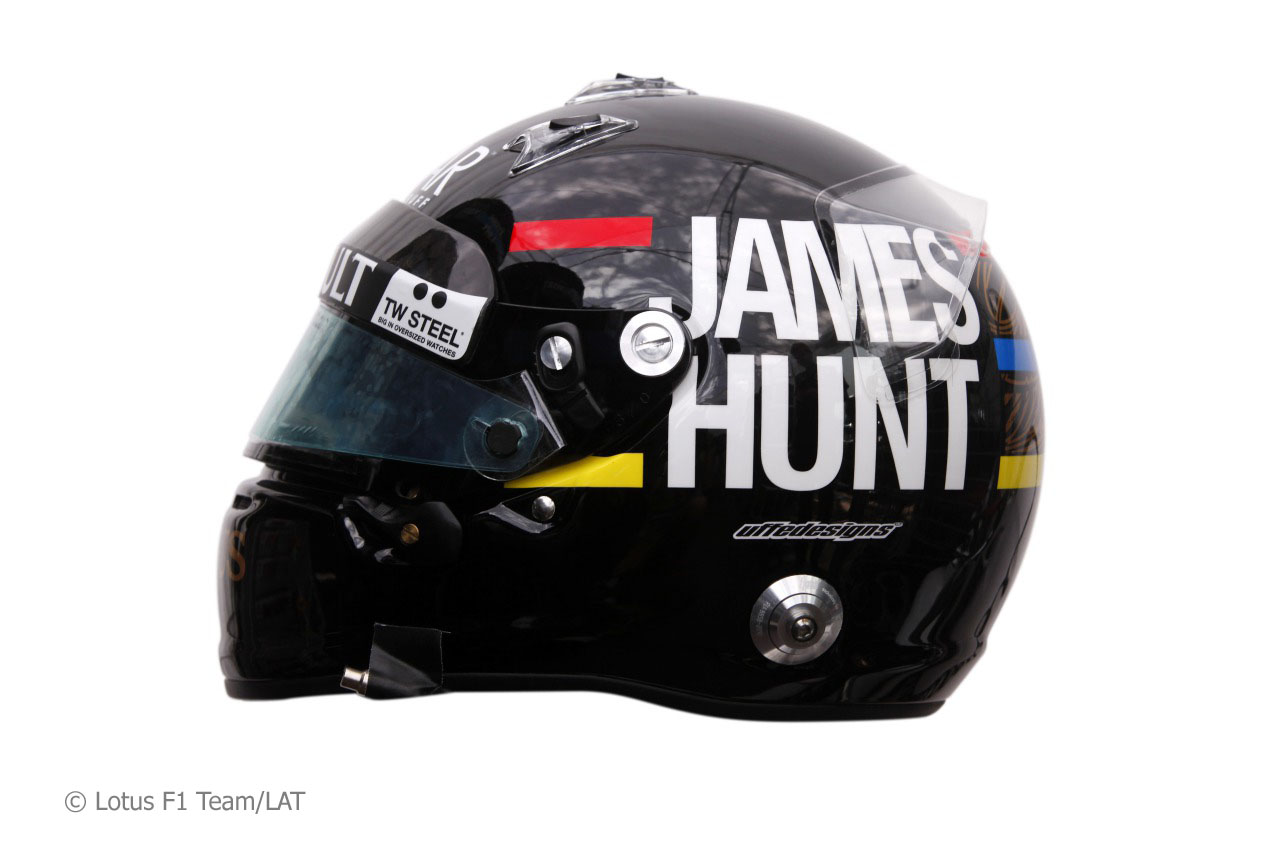 Jean-Eric Vergne is not the only driver using a helmet style borrowed from one of his F1 predecessors this weekend.

Kimi Raikkonen used the helmet design of one of his fellow world championship winners during practice in Monaco today.

It’s not the first time Raikkonen has acknowledged the legacy of Hunt, who died in 1993. Shortly before his debut for Ferrari in 2007 Raikkonen entered a snowmobile race using ‘James Hunt’ as a pseudonym.

Meanwhile Raikkonen has been refused permission to compete in the Rally of Finland by Lotus team principal Eric Boullier.