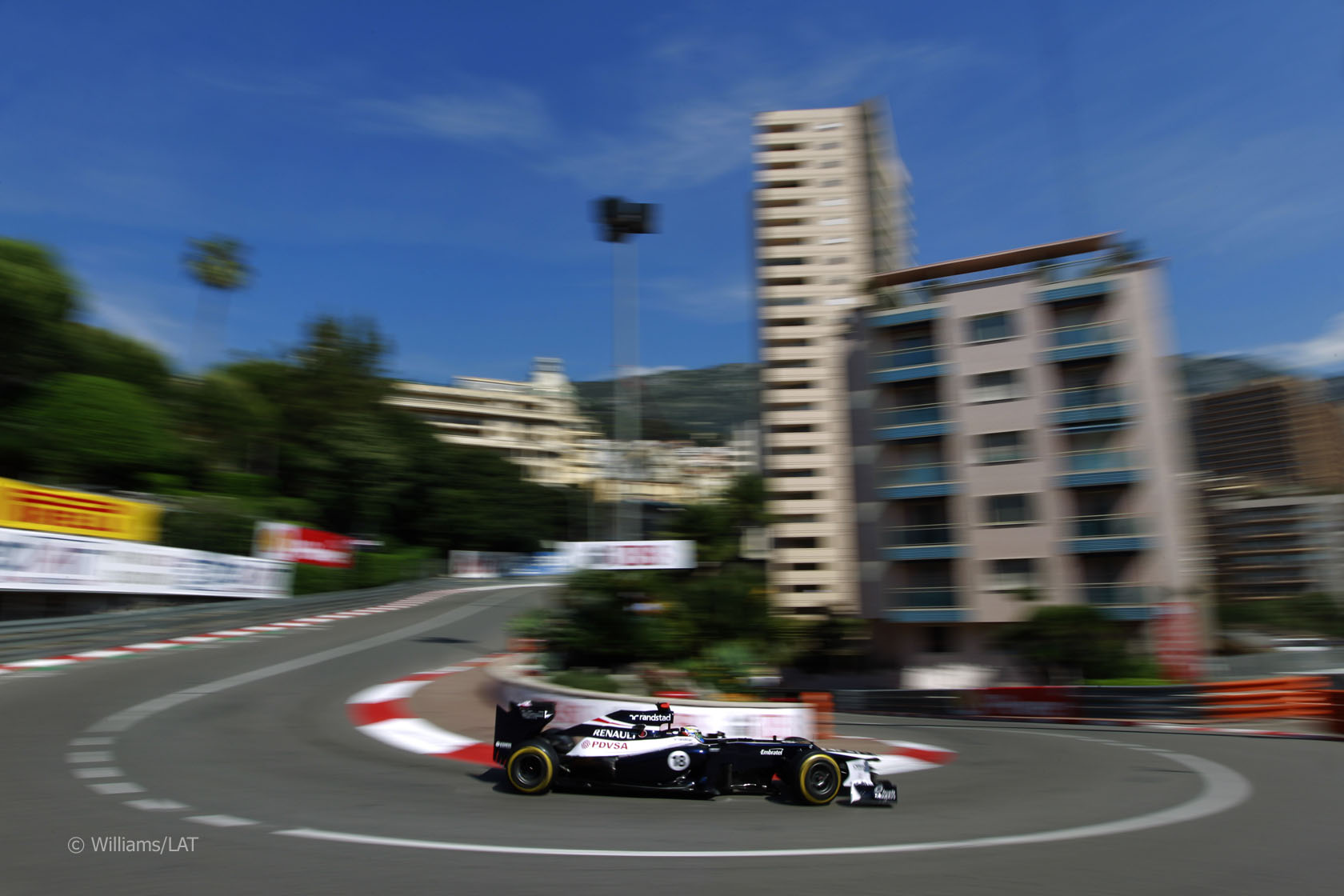 Pastor Maldonado will be moved back ten places on the grid for the Monaco Grand Prix.

The Williams driver collided with Sergio Perez towards the end of the final hour of practice on Saturday morning.

Maldonado, who scored his first F1 victory in the previous race in Spain, appeared to deliberately make contact with the Sauber driver.

Maldonado was involved in a similar incident with Lewis Hamilton during qualifying for the Belgian Grand Prix last year, for which he received a five-place penalty.