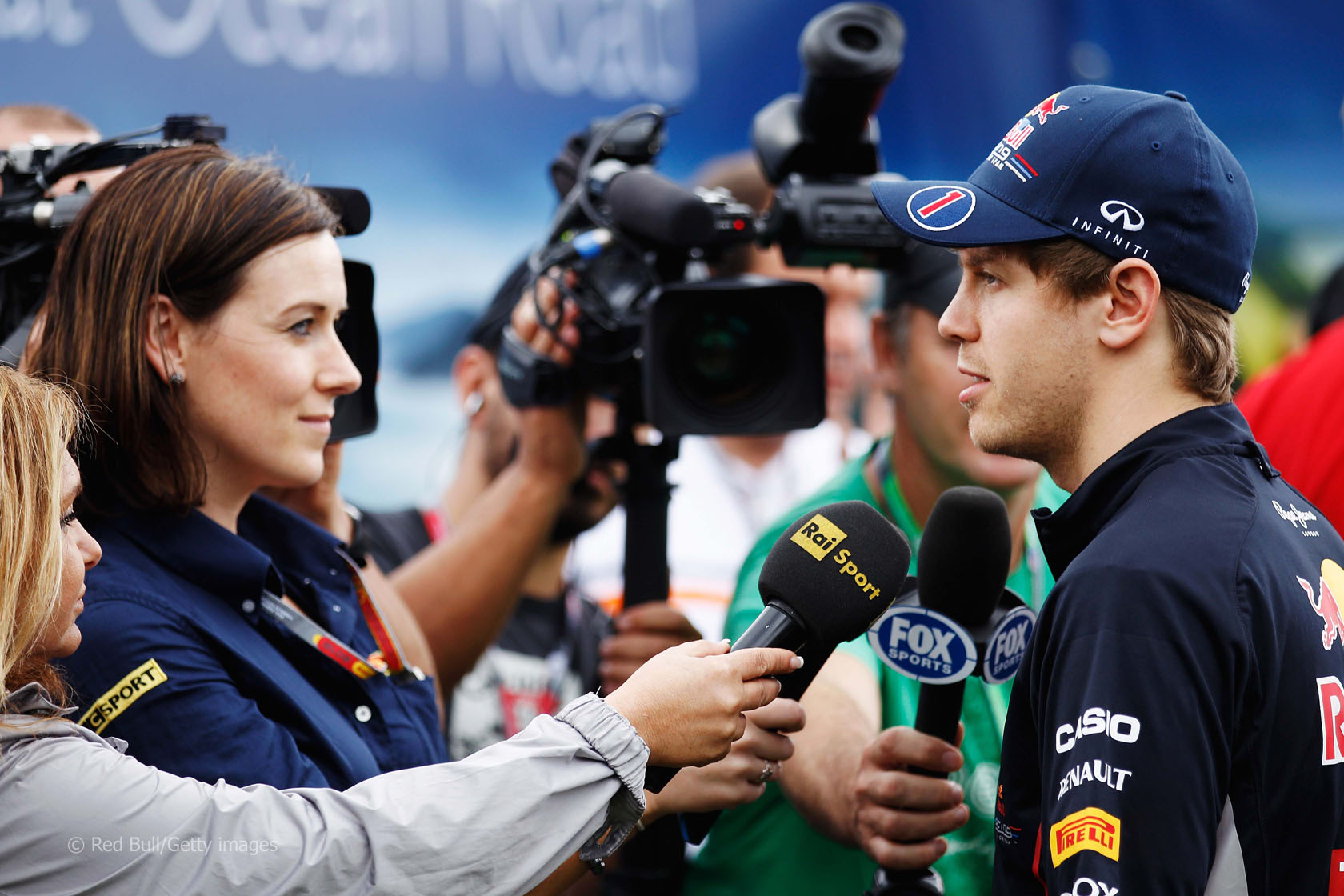 In the round-up: Bernie Ecclestone indicates F1 coverage in the UK could leave the BBC entirely.

Bernie Ecclestone: “We will never move all countries to pay?óÔéĽÔÇ˙per?óÔéĽÔÇ˙view only though it wouldn’t make any difference here in the UK. Sky reaches over 10m. We don’t get 10m on the BBC, normally about 6m or 7m.”

Bernie Ecclestone: “We have worked with Sky Italia in the past and I have no doubts about their production standards. We have a similar agreement in Britain that is working very well.”

“I’ve been told that Sky’s commitment to broadcast the races free from commercial interruption is a one-year thing, and that fans can expect ad breaks from 2013 onwards. But I’ve not been told that by anyone from Sky, so make of it what you will…”

No hurry for Hamilton (Sky)

“The championship is more important than what I plan to do, what my next contract will be. My future at the moment is not important – I might not even see next year! What’s important is making sure I capitalise and maximise on this year.”

“I wouldn?óÔéĽÔäót put the last two or three races into a professional like Lewis?óÔéĽÔäós mind in terms of where he?óÔéĽÔäós going to be comfortable in the future. We would like Lewis to continue racing for us. We have plenty of time. We don?óÔéĽÔäót need to make that decision until much later this year.”

“A statement issued today said the decision was made by the board of Group Lotus plc following the results of an investigation into a complaint made against Bahar by the company’s owner, DRB-Hicom.”

“It doesn’t mean anything. In Australia I couldn’t do much [with Pastor Maldonado], in Malaysia it was my mistake [with Michael Schumacher], I spun in the wet. And in Monaco what can you do? Trying to put a scooter and a bus into Sainte Devote together is difficult, so four cars side by side is too tight.”

Sergio Perez: “The only weekend we didn?óÔéĽÔäót have the speed was in Bahrain. We had a lot of degradation. All the other weekends, Barcelona I was in fourth place but then I had a puncture; Monaco in qualifying we had the speed to fight for a win, I think, but then we had a problem with the steering wheel and I just went straight. I think the speed is there and everything is there and it?óÔéĽÔäós just a matter of luck. We have been very unlucky in the last few races.”

“There is no respect amongst them. I think, 20 or 30 years ago, the risk of dying was high and there was that extra respect. They weren?óÔéĽÔäót little daddy?óÔéĽÔäós boys like now. They are still babies.”

“Michel D’Avignon, who organizes the downtown Peel Paddock event, said he has quadrupled security in light of the potential protests.”

“One day before Montreal comes alive with the sound of revving engines and cheering fans during the Grand Prix, police carried out a series of raids targeting 11 key suspects believed to have been involved in vandalism.”

“Wolff, who races in the German Touring Car Championship (DTM) and signed for Williams earlier this year, believes there will be a female F1 driver ‘within the next decade’.”

“F1 Fanatic should hit a major milestone tomorrow. Keep an eye out for a special article to mark it…”

I love how he?óÔéĽÔäós so frank. I wish every driver would just tell it how they see things.
Timi

Juan Manuel Fangio was badly injured in a crash at Monza on this day in 1952.

The reigning world champion had driven to the track overnight from Lyon, having flown there from Northern Ireland where he had been racing the day before.

Exhausted, he started the race from the back of the grid having not participated in practice. Nonetheless he passed 15 of his rivals in the first two laps.

On lap three Fangio lost control of his car in the second Lesmo corner and hit a straw bale. He was thrown from the cockpit of his Maserati and suffered neck and spinal injuries that kept him out of racing for the rest of the season.

169 comments on “Ecclestone: F1 may abandon free-to-air TV in UK”