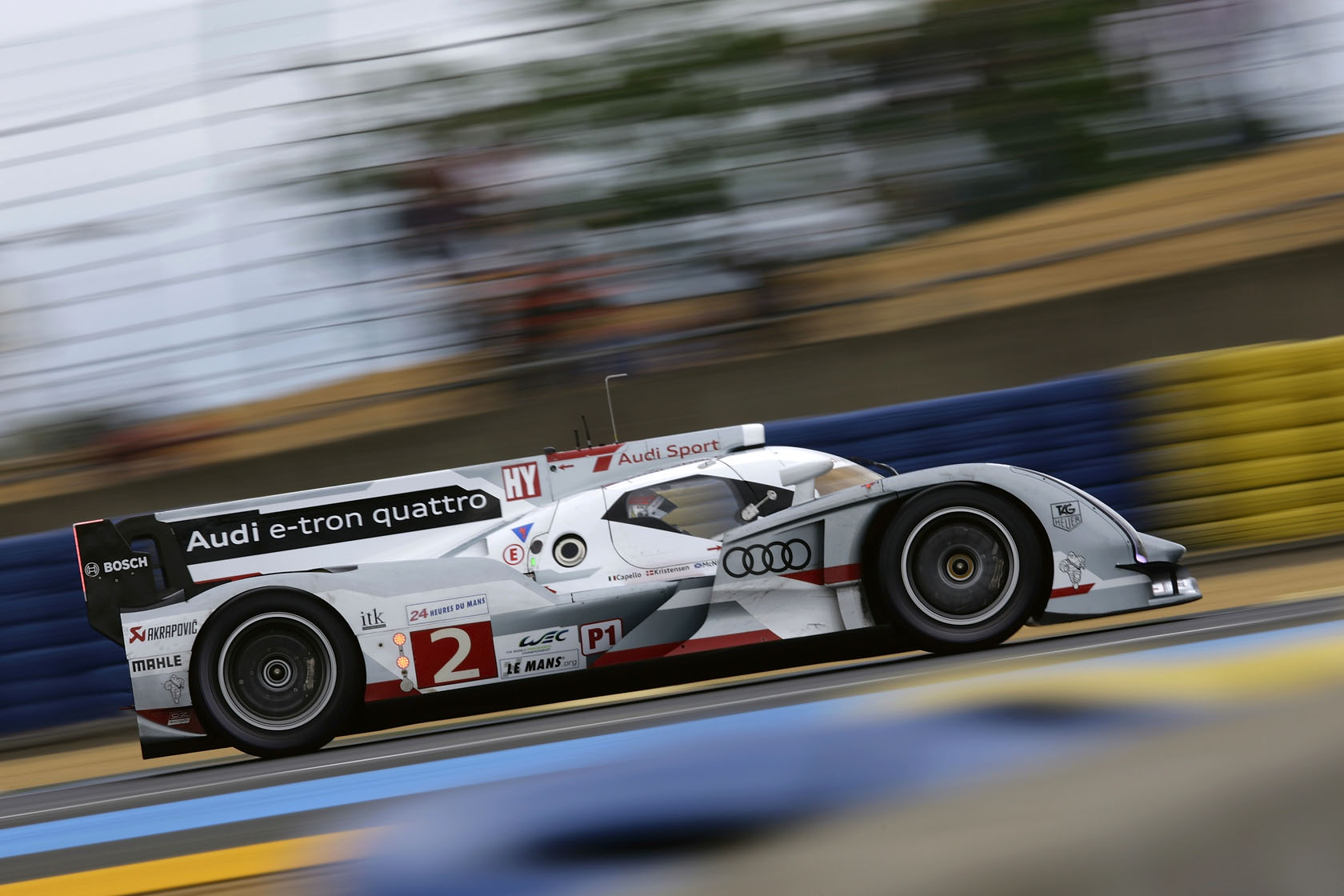 Since 2006, victory at Le Mans has been the preserve of the turbodiesel racers.

This year the technological focus is on hybrid power, with both Audi and Toyota fielding races using sophisticated energy recovery systems.

But they’ll have to prove themselves against the best conventional technology has to offer as Audi are also running two of their R18 ultras, which took victory in last year’s thrillingly close race.

Also look out for three drivers who were on the F1 grid last year who are competing this year – along with a pair of Sky’s Formula 1 pundits. Last October Toyota finally confirmed they would be making their long-awaited return to Le Mans with a new hybrid racer.

For a few months we had the enticing prospect of a three-way content between major manufacturers at Le Mans. Sadly, in February, Peugeot made the shock announcement it was cancelling its Le Mans programme.

It’s a lot to expect of Toyota to be able to challenge Audi for honours in the first year with their new LMP1 car. Particularly following the major crash which destroyed the first of their prototypes in testing, forcing them to cancel their planned appearance at Spa.

The team have declared their aim to be the quickest of the hybrid cars. That’s ‘quickest’ not ‘most reliable’. This is a team that has learned the hard way how easy it is to lose a win at Le Mans – recall how close the GT-Ones came to success in 1999 before one was hit by a rival car and another suffered a race-ending puncture.

Toyota at least have extensive experience of racing with hybrid power, although not on on their TF109 in their final year in Formula 1. They began with the Lexus GS 450h used in 2006 and the following year won the Tokachi 24 hours with a hybrid Toyota Supra.

Audi’s track record at Le Mans is nothing short of formidable. Since 2000 – the year after Toyota last competed – they’ve won ten times, missing out on victory only twice. Not for the first time at Le Mans, Audi are racing two substantially different cars. Their four-car assault includes two R18 ultras with turbodiesel engines and a pair of the new e-tron quattros which feature hybrid power and four-wheel-drive.

Audi’s all-star driver line-up of Tom Kristensen, Allan McNish and Rinaldo Capello share one of the e-trons and last year’s race winners occupy the other hybrid.

Like Toyota, Audi also suffered a major testing crash involving one of their cars, and driver Timo Bernard was subsequently declared unfit to race. Marc Gene, who won the race with Peugeot in 2009, has taken his place alongside Romain Dumas and Loic Duval.

The second ultra is piloted by Mike Rockenfeller, Oliver Jarvis and Marco Bonanomi. There’s one car in the field this year which you don’t need a spotters’ guide to see. The DeltaWing, being raced by Highcroft, was originally conceived as a potential replacement for the 2011 IndyCar, before the series opted for Dallara’s more conventional DW12.

The concept behind the DeltaWing was the radically reduced the frontal area of the car to allow high speed to be reached with a smaller engine capacity and less fuel. Power is supplied by a 300bhp 1.6-litre turbochanged Nissan engine.

Despite looking like racing’s answer to the Reliant Robin, it has a pair of narrow wheels at the front.

Some changes have been made from the original design created for IndyCar. The car is now based on a monocoque from an Aston Martin AMR-One. It’s also been shortened so it can fit in the pit boxes at the La Sarthe circuit.

The car will be driven by Marino Franchitti (brother of IndyCar racer Dario and cousin of Paul di Resta), Michael Krumm and Satoshi Motoyama. It has been given an entry under Le Mans ‘garage 56’ rules, which allow a 56th entry outside of the normal rules which will not be part of the official classification.

The team behind the entry hope it will achieve a performance level between the LMP1 and LMP2 categories. Having had little testing it will be a tremendous feat if this remarkable car makes it to the end of the race. Even if it doesn’t, it’s great to see there’s still room in some forms of motorsport for such radical thinking. The GT class will be contested by the class-leading Ferrari 458s and last year’s victorious Corvette squad. AF Corse has a trio of 458s, is co-running another with Michael Waltrip, and there are a further five of the Ferraris in the field.

Aston Martin return to the category after three years racing at the prototype level. That began with the attracted Lola coupe and ended last year with the disastrous AMR-Ones, both of which retired after four laps.

They can expect a much more competitive showing with their Vantage GTE. Darren Turner is retained from the squad which scored their last victory at this level in 2008, and is joined by Stefan Mucke and Adrian Fernandez.

There will be 22 former F1 drivers in the field this year.

Among their number are a trio who raced in F1 last year: Nick Heidfeld, Sebastien Buemi and Karun Chandhok.

F1 Fanatic Live will be running throughout the 2012 Le Mans 24 Hours.

Join us on Saturday afternoon for the build-up and all 24 hours of the race.

Will you be watching the Le Mans 24 Hours? Who are you supporting? Have your say in the comments.