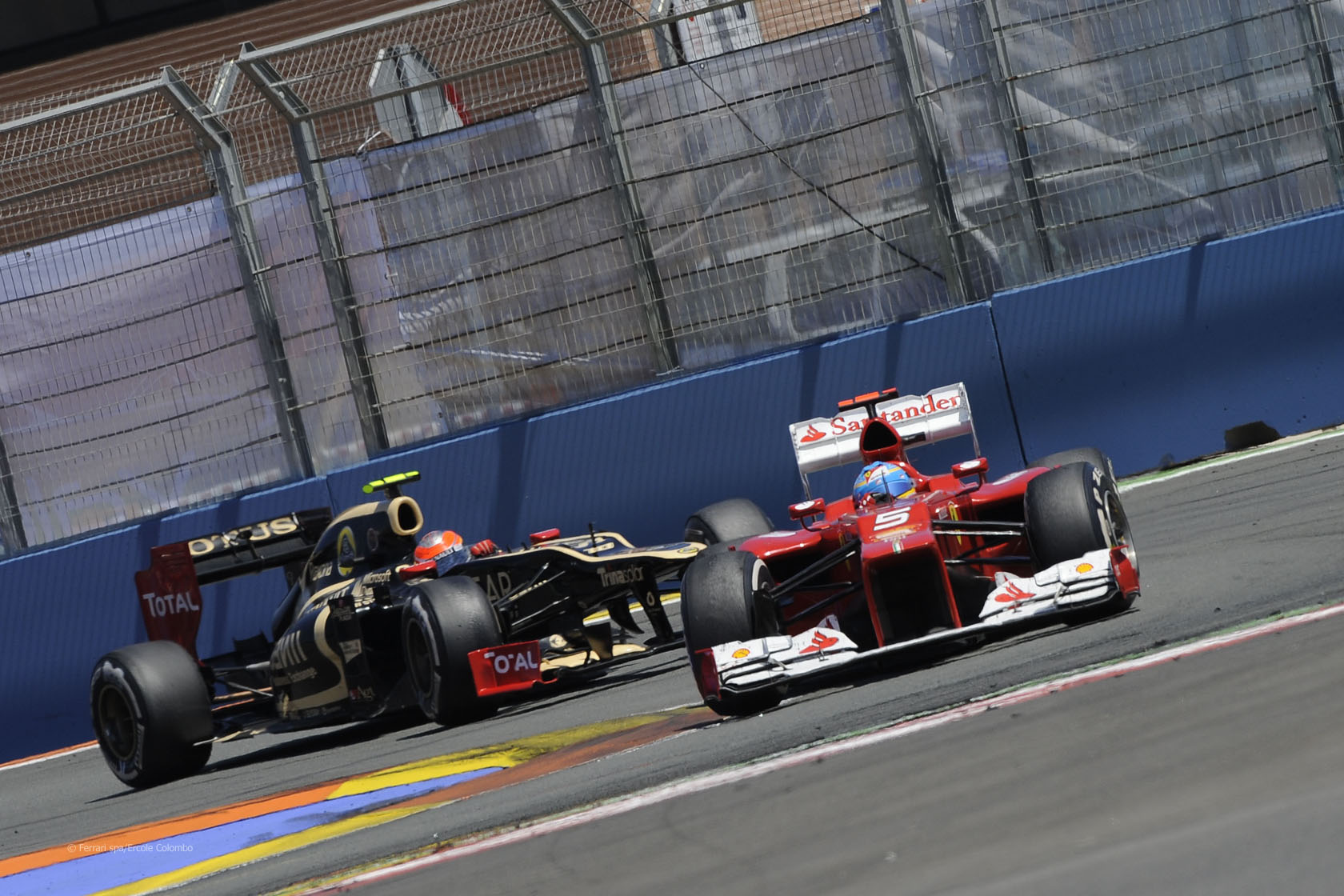 In the round-up: Fernando Alonso hails his European Grand Prix victory as “probably the best victory I ever felt in terms of emotions”.

Alonso: “Feeling very proud to be a Spanish sportsman at the moment and winning in Spain this race is probably the best victory I ever felt in terms of emotions. Nothing maybe compares to this one.”

“In Schumacher’s case he was received a DRS activation in the tow of Narain Karthikeyan. At the same time he was told by his engineer, who knew a yellow had just some out, ‘don?óÔéĽÔäót use DRS.'”

“He tried to put me out of the track and he didn’t leave any room for us to do the corner side-by-side. I jumped over the kerb and couldn’t avoid the accident. I don’t know why he drove like that, he was struggling too much with the tyres, he was completely lost and at that moment I was gaining at a very good pace.”

“It’s bad, but you can’t change it now. Up to that point we were very strong. I felt happy, we were very quick.”

Renault Sport F1 deputy managing director and technical chief Rob White: “We don’t yet know whether it was the same incident on both cars, but it is very, very suspicious to all of us that it happened to both cars at such a similar point in the race.”

CVC accelerates to bumper return on F1 investment (The Telegraph)

“Private equity firm CVC is set to make a return of over 600% from its $1bn investment in Formula One motor racing, according to new research.”

Mark Hitchcock is not impressed with Bernie Ecclestone’s comments on the New Jersey race:

That’s the key thing about these stupid public statement Bernie makes. If a powerful figure on the sport casts doubt on an event, what investor in their right mind would throw money at it?
Mark Hitchcock

Apologies for the slow performance of the site following yesterday’s race which was due to an unprecedented amount of traffic.

We increased the resources on the server to cope as a short-term measure and will look into further steps we can take to prevent a repeat later this week.