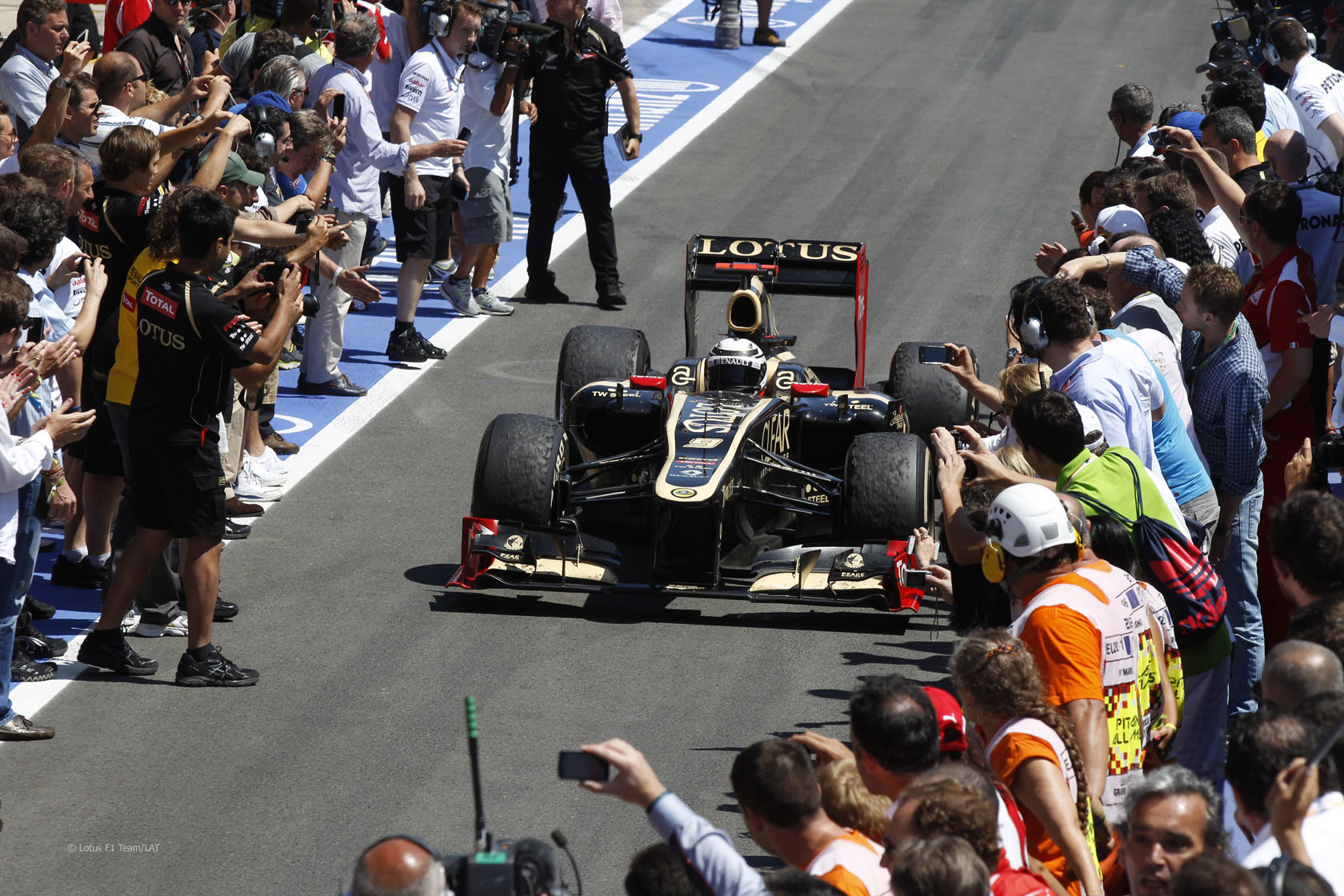 Kimi Raikkonen says he’s disappointed not to have won a race yet after finishing on the podium three times so far this year.

The 2007 world champion said: “If you asked me before the start of the season whether I would be happy with podiums I would have said yes, but now I?óÔéĽÔäóve had some good results, I want more.

“In the last few races the results haven?óÔéĽÔäót been as strong as I?óÔéĽÔäóve wanted. We?óÔéĽÔäóve finished well but I?óÔéĽÔäóm disappointed not to have a win yet. We just have to get everything together and I?óÔéĽÔäóm sure it can come.”

Raikkonen was running ahead of Fernando Alonso in the European Grand Prix before a slow pit stop let the Ferrari driver past on his way to victory. Raikkonen finished second.

“The race wasn?óÔéĽÔäót perfect for me,” said Raikkonen. “I got a good start but then I got blocked and lost quite a few places. I managed to retake some positions but it wasn?óÔéĽÔäót easy.

“At the restart, I lost a place to Lewis [Hamilton]. I just got too much wheelspin out of the corner.

“Then, when I was in third place, a few cars retired and I thought I would save the tyres a bit and try to get Lewis at some point. I saw him sliding and it wasn?óÔéĽÔäót until the last few laps when I could make the move, but I got him in the end.”

He added: “After the bridge, I made a mistake and Lewis got past me. It was my own mistake. I would have overtaken him sooner to get the place back if I could have done. I was not waiting for the last or second last lap; I just didn?óÔéĽÔäót have the speed. I had to wait until he ran out of tyres.

“Then I got the chance. I tried to get closer and closer but I was not fast enough earlier on. If Lewis had not got past me I would have had a better chance against Fernando, but it?óÔéĽÔäós one of those things; if you make a mistake you pay the price.”

Raikkonen was also a close second to Sebastian Vettel in Bahrain. The Lotus driver finished third in the Spanish Grand Prix but was rapidly closing on the leading pair at the chequered flag.

47 comments on “Raikkonen “disappointed not to have a win yet””