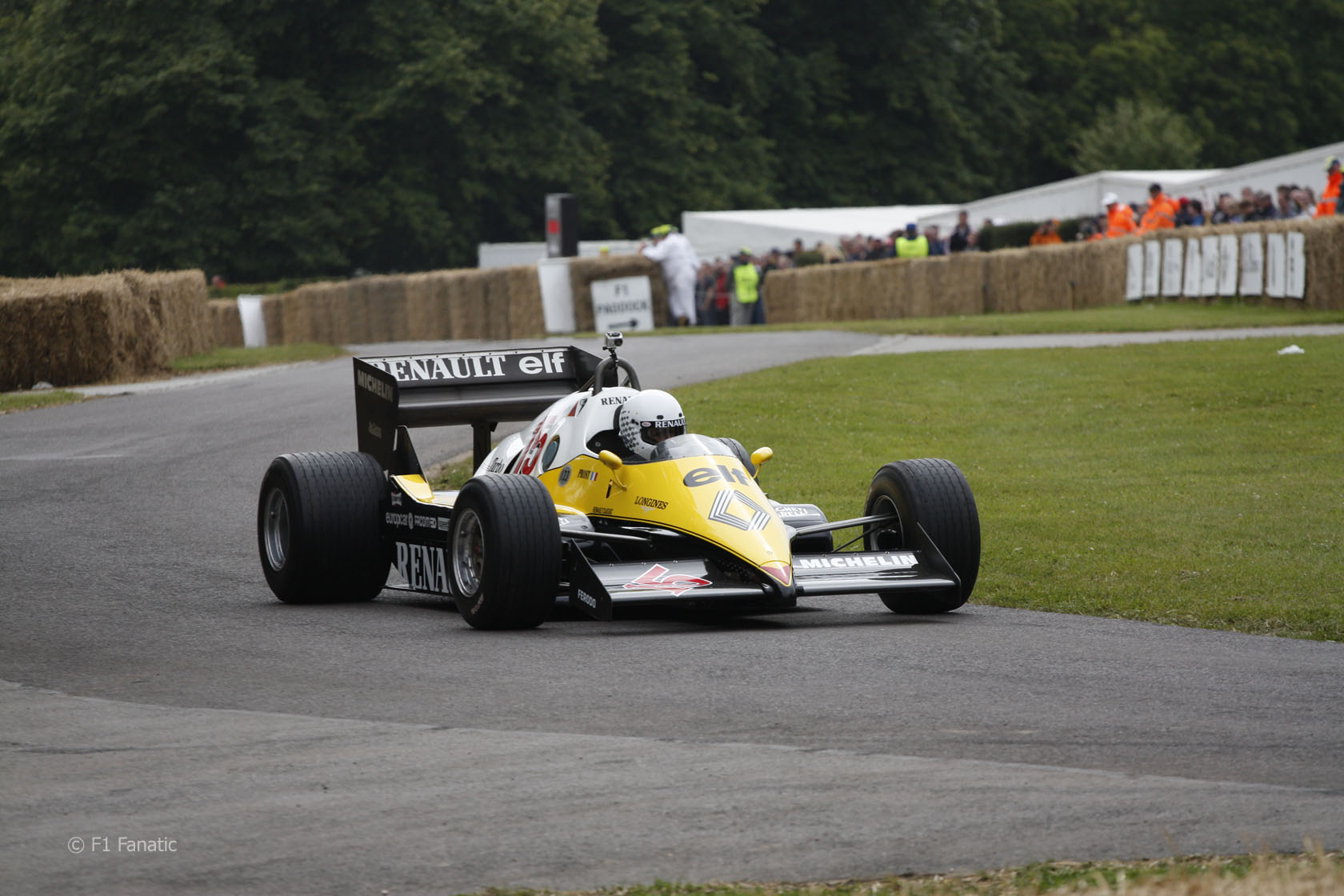 The Renault RE40 could – perhaps should – have been the first turbo-powered car to win the world championship.

When Alain Prost scored an emphatic win with the car in only its second start in the 1983 French Grand Prix it seemed as though Renault had finally found the reliability to go with the latent performance of its predecessor, the RE30B.

The Michel Tetu-designed car was Renault’s first all-carbon fibre design, following the lead set by McLaren two years earlier with their MP4-1. With the fuel injection problems that plagued the team in 1982 largely licked, the RE40 was competitive straight out of the box.

The team planned to start 1983 with a development of the previous car. But despite Prost putting the RE30C on the front row of the grid at Kyalami, the team decided it wasn’t up to the pace of the competition.

So in the next race at Long Beach Prost drove the team’s ’00’-chassis test car while team mate Eddie Cheever retained the old car. Prost’s chassis, which had covered many miles in testing, finished three laps adrift, but once he switched to a new chassis it proved competitive.

As usual Renault ironed out their reliability niggles in time for their home race, which was next on the calendar. Prost beat title rival Nelson Piquet’s Brabham by half a minute, Cheever taking third.

In a hectic start to the season, five different team/driver combinations won the opening races. But Prost was first to double up, winning in Belgium. He kept the victories coming at Silverstone (pictured) and the Osterreichring – the Renault EF1 V6 turbo excelling on these ‘power’ tracks, producing around 650bhp.

However the RE40 was not only competitive on circuits which gave its drivers a chance to stretch its legs. Prost put the car on pole position in Monaco and finished third. Here the team pioneered an innovation which has recently come back in vogue: directing its exhaust gasses into the diffuser to boost downforce.

After Austria Prost was 14 points clear of Piquet in the championship with four rounds remaining (a win was worth nine points). His and Renault’s wait for championship glory finally seemed to be at an end.

But Prost was concerned over the growing threat from Piquet’s Brabham. He urged his team to make a final effort on car development with the end of the season in sight, but saw the team’s efforts going to waste amid internal wrangling.

The Dutch Grand Prix brought a pivotal moment: Prost made a rare error, colliding with Piquet, taking both out. Piquet increased the pressure with a win at Brands Hatch while Prost finished second. The Renault driver’s championship lead was cut to two points with one race remaining.

Unreliability had been Renault’s Achilles heel prior to 1983: Prost’s car had let him down seven times the year before. The RE40 had been a substantial step forward in that respect and Prost’s Zandvoort gaffe was his first retirement of the year.

But in Monza and at the season finale in South Africa the turbo failed. A disconsolate Prost watched the final laps from the Kyalami pits, vainly hoping a similar misfortune would befall his rival.

It was not to be: Piquet won the drivers’ title and Ferrari beat Renault to the constructors’ crown. Prost and Renault parted company at the end of the season and went to experience vastly differing fortunes.

Prost joined McLaren, won for them on his debut and claimed three world championships in the next six years. Nonetheless he retained an affection for the RE40, despite it failing him in the final round, praising its handling.

His Austria win was Renault’s last with turbo power, a technology they had introduced to F1 in 1977 yet failed to reap the ultimate reward with.

In 1984 Renault suffered the ignominy of being beaten by a rival team – Lotus – using their customer engines. A year later, the Regie abandoned its chassis programme, remaining in F1 solely as an engine supplier.

It wasn’t until after their 2002 return that they finally tasted championship success of their own, winning back-to-back constructors’ titles in 2005 and 2006.

Renault RE40 at the Goodwood Festival of Speed

Prost was reunited with a Renault RE40 at the Goodwood Festival of Speed. Here are pictures of the car and him driving it:

6 comments on “Renault RE40: Prost drives car he almost won title in”