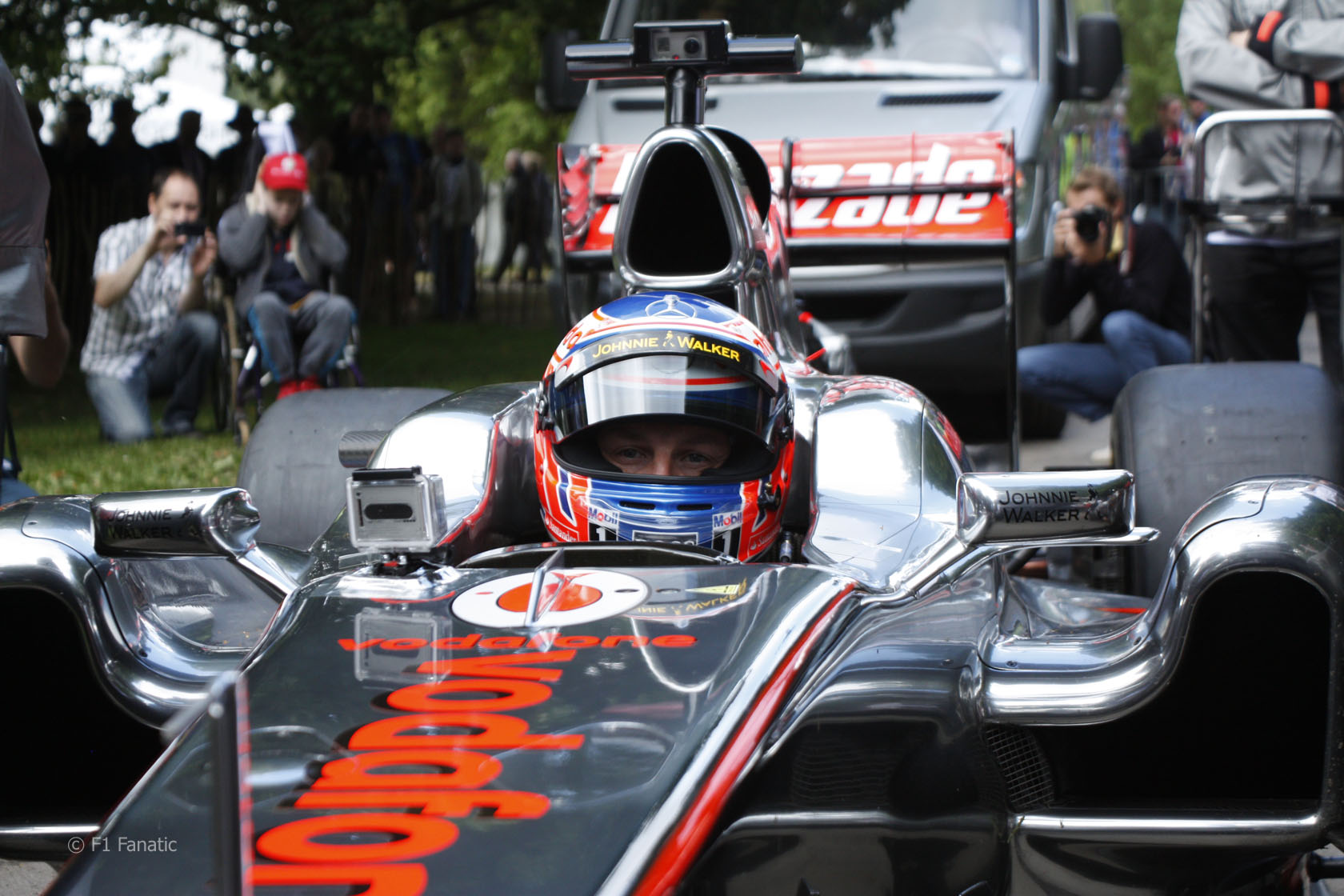 In the round-up: Jenson Button says winning at Silverstone – where he is yet to finish on the podium – would “mean so much more”.

“If I win at Silverstone, I will get really emotional. I’m not sure I will be blubbing like a girl but I will be emotional. It will mean so much more. That was what it felt like after winning the world championship [in 2009] after so many years trying to get the right car and the right team. It meant so much.”

“One person familiar with the process said that Vodafone?ů‘ťľ‘šůs sponsorship cost ‘tens of millions of pounds’ every year, and that such high costs needed to be evaluated in the more difficult financial climate that has hit mobile phone businesses in many markets in Europe.”

“I can understand why people are thinking that there is a problem between Mark and myself. Yes, we might not be best friends, but I have no problem with him and he has no problem with me.”

Hamilton back on track and on the attack (The Telegraph)

Lewis Hamilton: “It’s the best trophy I have ever seen. But Ron [Dennis] keeps every trophy, which isn’t good and definitely won’t be happening in the future.”

“Bernie [Ecclestone] now seems to have ceased his ‘hate’ campaign against the famous venue. The many improvements that have been introduced, to turn it into an even more suitable and professional racing circuit, may have made it colder and, in some ways, less welcoming than in years gone by but it remains the ‘Home of British Motorsport’ and that can only be good.”

Everything about the Jordan 191 just looks right. The drooping nose, the swooping front wing, the beautifully sculpted airbox that almost comes to a point, the triple element rear wing, the impossibly low and slender sidepods, it is just a gorgeous gorgeous thing that looks right from every angle. The fantastic green and blue livery just makes the car come alive.

Over the years I have come to love this car, it really is my all time favourite. If I?ů‘ťľ‘šům asked what an F1 car should look like, I?ů‘ťľ‘šůll always respond by pointing to a picture of the Jordan 191. It really is a piece of art.
GeeMac

A pivotal moment in the life of Helmut Marko, Red Bull’s adviser and key figure in the career of Sebastian Vettel, occured 40 years ago today.

Racing for BRM in the 1972 French Grand Prix at Clermont-Ferrand, Marko was struck by a stone on lap nine, which cost him the sight in one eye, and ended his career as a racing driver.

Jackie Stewart won the race by 27 seconds from Emerson Fittipaldi and the Matra of Chris Amon. The latter had led the first half of the race before suffering a puncture.