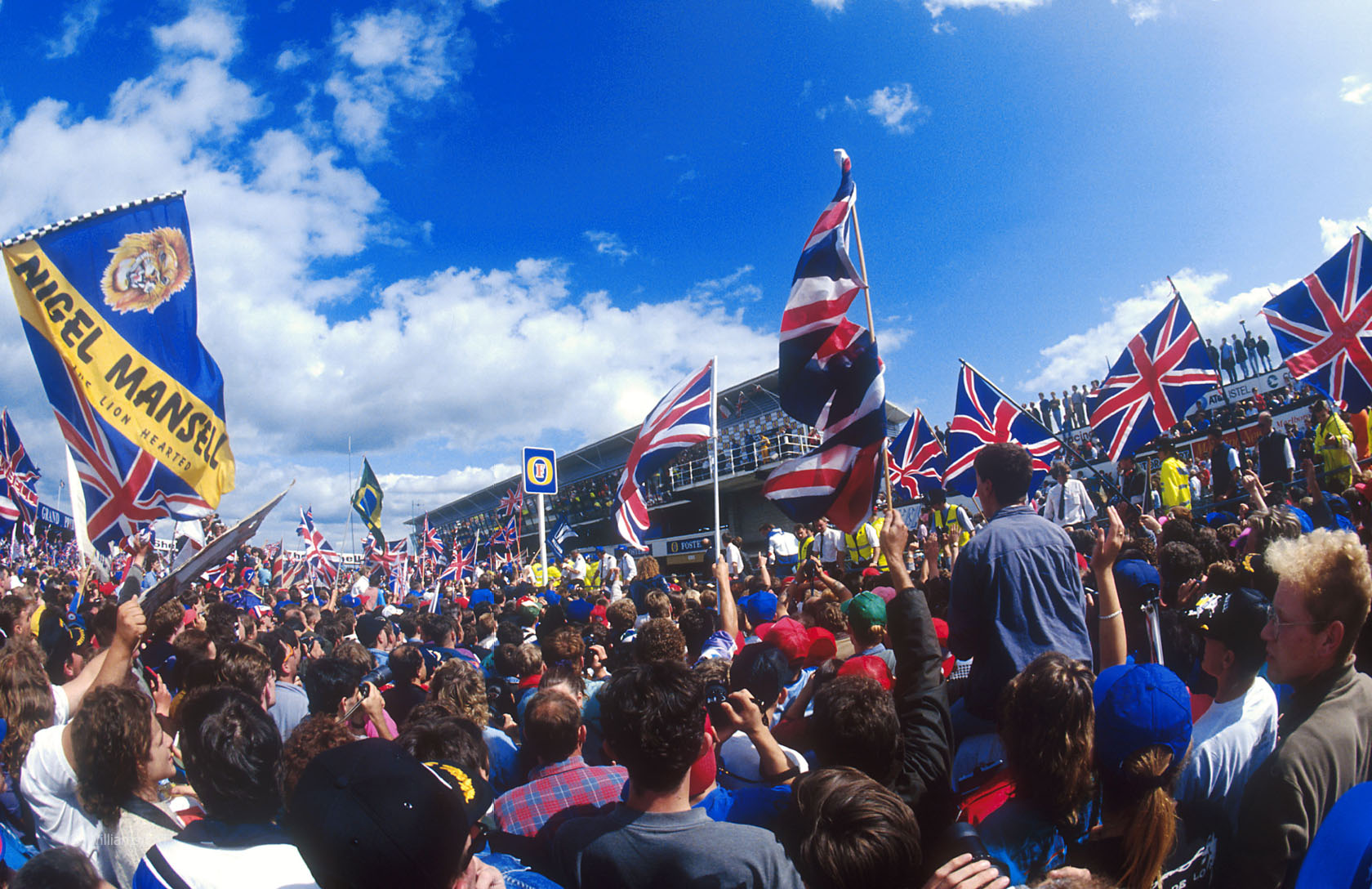 Nigel hasn’t missed Britain’s round of the world championship once since then, having been in the crowd for the last 37 consecutive British Grands Prix.

In the intervening period the race has moved away from Brands Hatch, Silverstone has had two major alterations – and prices have gone up quite a bit. “?é?ú3.50 for admission seems to ring a bell,” begins Nigel. “The programme for 1975 cost 50p…”

For his second British Grand Prix Nigel headed to Brands Hatch where he witnessed a famously controversial race:

“I was sitting in a stand just beyond Clearways heading onto the start/finish straight. The atmosphere was electric.

“There was a huge accident heading into Paddock Hill involving [Niki Lauda] and Clay Regazzoni, which resulted in a red flag.

“The remaining cars all made their way around the circuit except [James] Hunt, who thought it would be a good idea to take a shortcut and enter the pit lane from the back.

Changes for the better – and worse

Nigel laments the loss of variety in the other on-track races at the Grand Prix: “The support races used to be so much better than they are now: Formula Ford, Formula Atlantic, Touring Cars. Celebrity races also, especially at Brands Hatch, were always entertaining.

“Unfortunately now the races are the same every year, I still enjoy them apart from GP3 or Formula Lawnmower as I like to call it – they are probably the worst-sounding race cars of all time!”

But some things have changed for the better, like the notorious Silverstone traffic. “It really isn’t a problem now if you know where you are going,” he says.

“When I first started going in the seventies, I used to drive up the night before find a lay-by and try and sleep or get to the circuit find an entrance and park up in order to be first in. You used to be able to drive right into the circuit and park on or just behind the banking.” Nigel witnessed many of the race’s great moments, such as Keke Rosberg’s record-breaking 160mph lap of Silverstone in qualifiyng in 1985: “I was sat at Woodcote, I can remember watching the car as it gripped incredibly on what was one of the greatest corners ever.”

Over the following years a driver whose name became synonymous with Silverstone gave the crowd plenty to cheer about: Nigel Mansell.

“I was particularly fond of Mansell,” his namesake admitted. “I work in the aviation business and used to meet Mansell on a regular basis on his commute to the Isle of Man. He always had a lot of time for me and we would always discuss how the last race went.

“On one occasion there was a test coming up at Brands Hatch in preparation for the Grand Prix. I said to Nigel that I intended to go down to Brands that day. He said that after the lunch break in the Goodwood Suite if I could get his attention he would take me across to the pits and Lotus garage.

“True to his word he came out of the Goodwood Suite and got mobbed by a lot of fans. I nervously called out, next minute he told me to hold on to him, then moments later I was walking across the tarmac at Brands and promptly sat in the Lotus pit drinking tea. I couldn’t believe it!”

For several years Nigel spurned offers of accommodation – until one famously wet race in 1998: “I used to go with my brother, who would take some clients of his along. They would stay in a nice hotel or similar and we would meet up at the circuit.

“The hotel was always offered to me but, being a diehard fan, I opted to sleep in the car. I used to park at Club and was quite happy to go back after the day’s racing, have a barbeque and soak the atmosphere up. It was a bit lonely sometimes but people always stopped and talked.

“I did this for many years until the 1998 race weekend. It rained and rained and rained. I trudged back to the car absolutely soaked to the skin at 5pm on Saturday evening, got in and quite simply didn’t move. It was awful – I had to dry my clothes using the car heater.” His enthusiasm for the race hasn’t dimmed despite clocking up almost four decades of visits: “I like to arrive early and soak up the great atmosphere, that’s one thing that has never changed over the years.

“I have always gone with friends or family. My wife comes along again now, she enjoyed the Mansell years and came along to the memorable races of 1986 and 1987 and of course 1992.

“We stay now and have done for about eight years, half an hour away in Staverton. We have met some great people over the years and have become true friends with a couple from Belgium that we meet up with throughout.

And who will he best supporting at his 38th consecutive British Grand Prix? “Over the years I suppose I have supported the Britons more than anybody else: Hunt, Mansell, Hill and of course more recently Hamilton and Button.

“I’ve also got fond memories and admiration for Ayrton Senna and Michael Schumacher.

“This year i am keeping a close eye on the Lotus team with Kimi Raikkonen and Romain Grosjean – their first win may come soon!”

Has anyone out there been to the British Grand Prix – or another race – more times than Nigel?

If so, we want to hear from you. Leave a comment below or get in touch via the contact form.

And if you’re heading to this year’s race make sure you join in the discussion here: