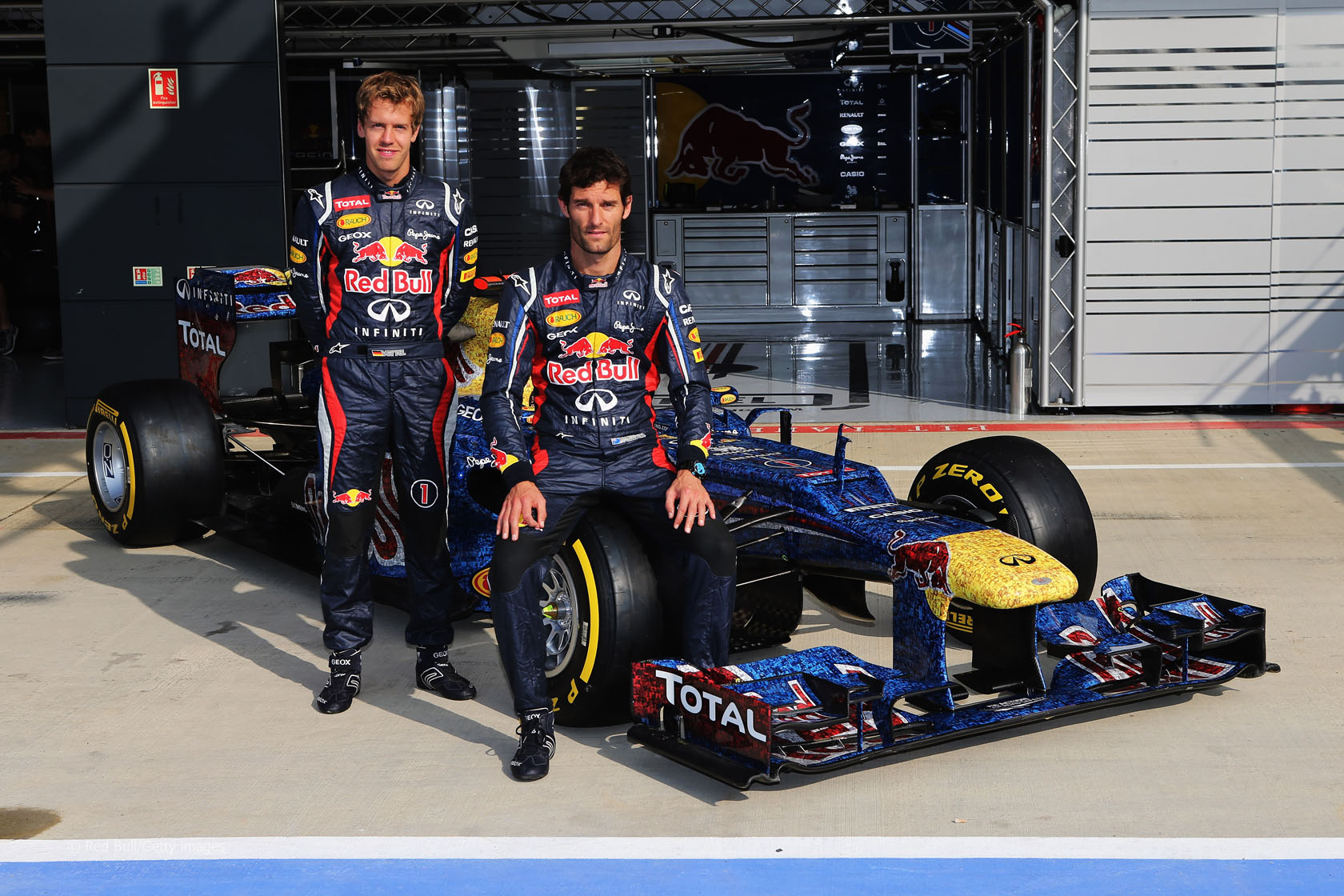 Red Bull have revealed the special livery they will run on their cars at this weekend’s race.

The Red Bull RB8s will feature the pictures of 1000s of people who donated to the team’s Wings for Life charity.

The team ran a similar scheme five years ago at the same race.

Sebastian Vettel said: “I think chances like this for the fans to be involved are great ?óÔéĽÔÇŁ I will have thousands of wing men and women with me on every lap of the track this weekend.

“The Wings for Life cause is a special one, I care a lot about the work they are doing and have been an ambassador of the charity for many years. It?óÔéĽÔäós great for the fans to be able to join Mark, the Team and me at this year?óÔéĽÔäós race in Silverstone ?óÔéĽÔÇŁ I?óÔéĽÔäóm looking forward to it.”

Mark Webber added: “The paint scheme on my car for this weekend looks awesome, the guys have done a great job. It?óÔéĽÔäós great that the fans can travel with me round the circuit for the whole weekend, while supporting an incredible cause ?óÔéĽÔÇŁ let?óÔéĽÔäós hope the livery gets a good result.

“I?óÔéĽÔäóm proud to be an ambassador for Wings for Life, which is doing fantastic work in its search for a cure for spinal cord injury.”

Here are images of the car as it will appear this weekend.