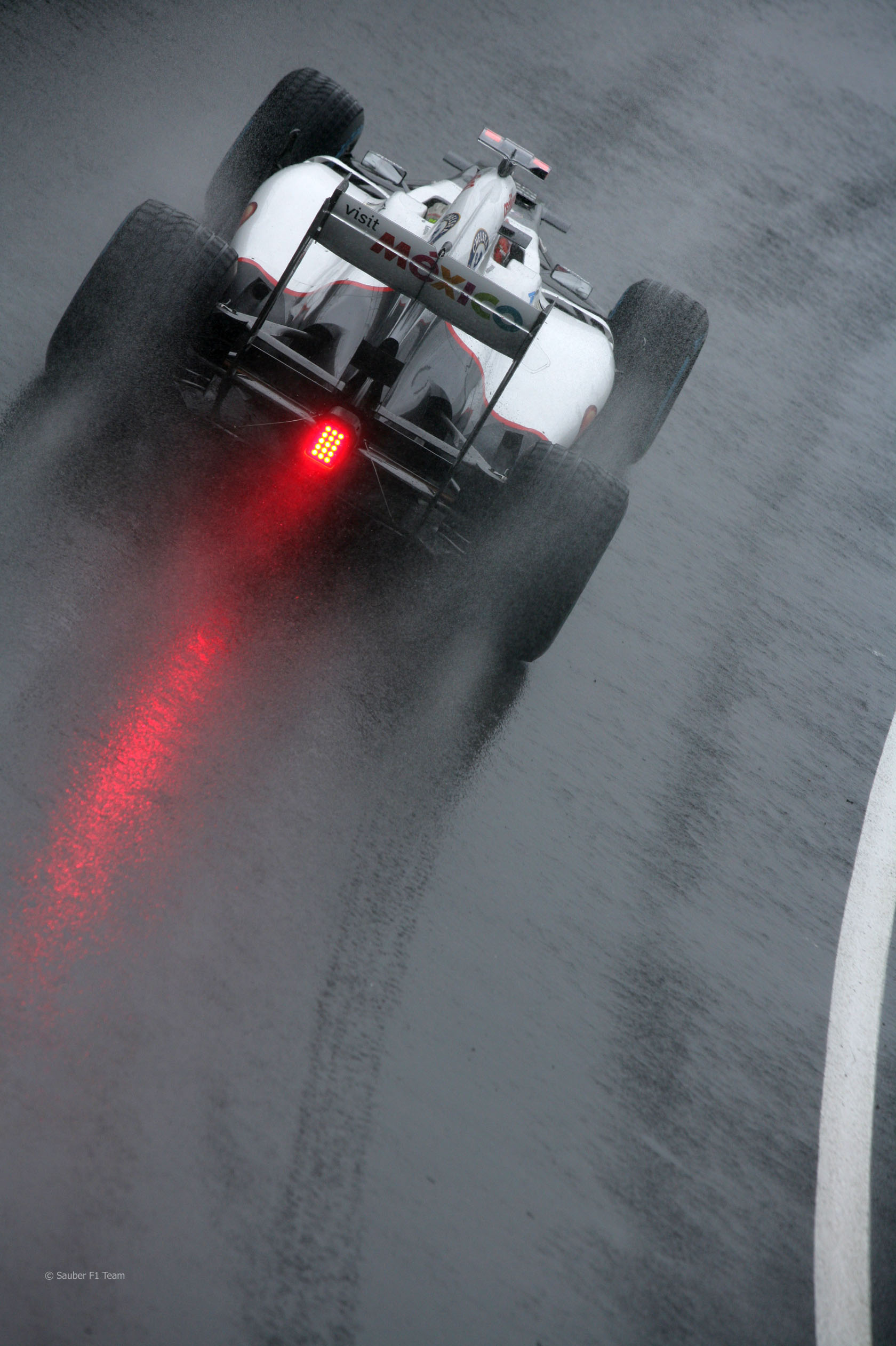 “I found the day very boring,” said Sergio Perez after today’s washed out practice sessions. “There wasn?óÔéĽÔäót much we could do and it was impossible to complete our test programme.”

If it was bad for him, it was much worse for the thousands of fans who had queued for hours to get in who were greeted by little practice running. Unluckiest of all were those who failed to make it in at all.

For those looking for clues as to how the weekend might unfold, today’s two practice sessions offered little insight.

While Lewis Hamilton topped the times the likes of Sebastian Vettel and Fernando Alonso ran intermediate tyres in the second session, despite the heavy rain, to preserve their tyre allocation. There are likely to be two more days of very wet running still ahead.

Alonso’s crash at the end of second practice cost him one of the team’s new specification front wings. Fortunately for Williams, Bruno Senna was not running their latest kit when he crashed at Chapel.

Incidents like this explain much of the teams’ reluctance to turn practice laps in very wet conditions, particularly when the rain is still falling and the pools of standing water are swelling.

For what it’s worth, here’s the data from today’s practice sessions: