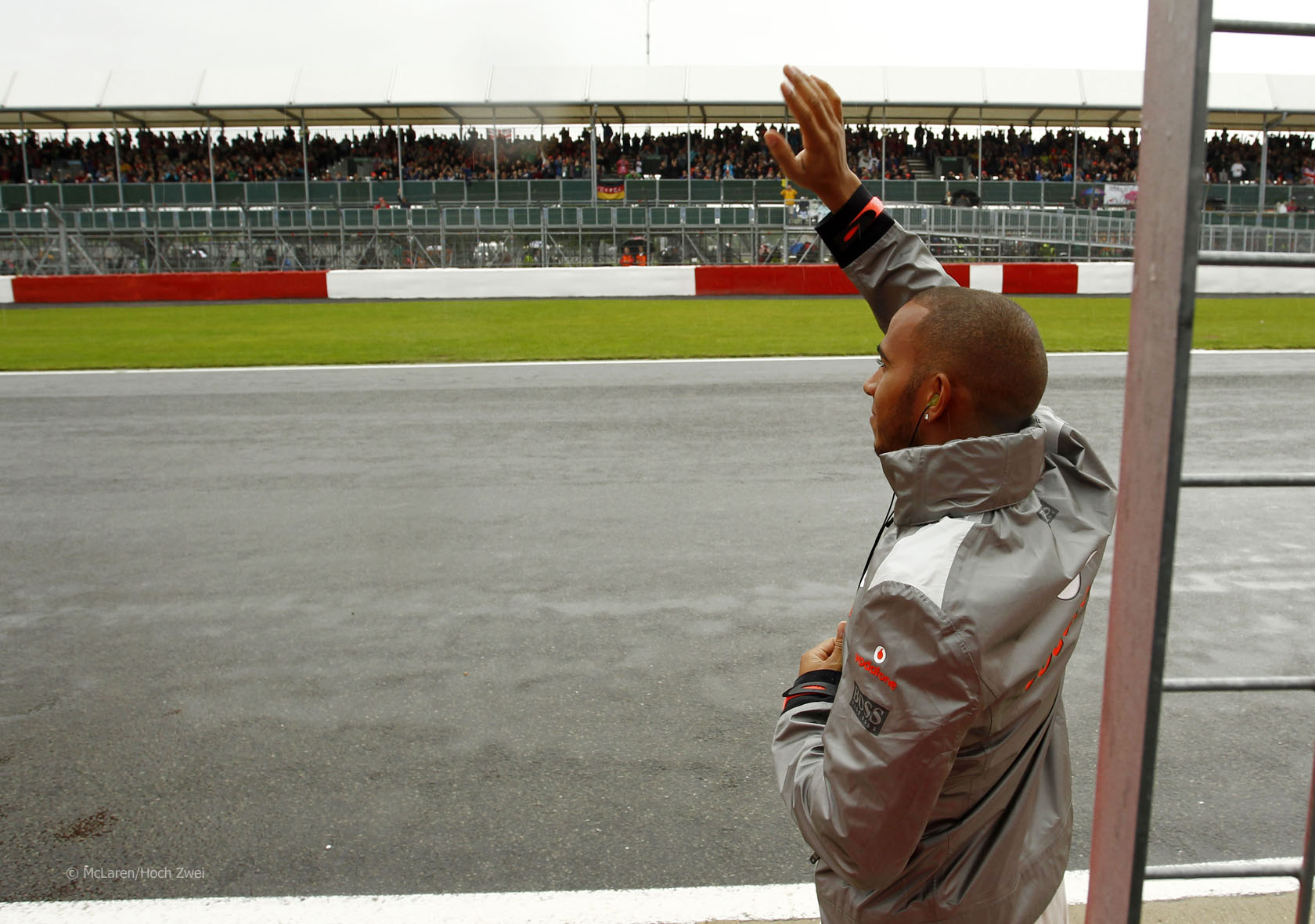 The weather worsened for the second practice session and for almost all of the first hour hardly anyone ventured out on track at all.

Bruno Senna and Timo Glock were the first to set times but both quickly returned to the garage saying there was no point in running as the track continued to get wetter.

It wasn’t until there was less than 40 minutes left that the rain finally stopped and drivers began taking to the track. Kamui Kobayashi was the first and gradually other followed him.

But the session was stopped shortly afterwards as Senna crashed at Chapel. The Williams driver lost control of his car coming onto the Hangar straight and damager both ends of the FW32 against the barrier.

Once the session was resumed the track got busier again, with Kobayashi again leading the way. But Lewis Hamilton – who had gone for a stroll up the pit lane with an umbrella during the worst of the rain – took over at the top of the times with a 1’56.345.

Several of the other front-runners only appeared on intermediate tyres, not wanting to use up their limited allocation of wet-weather tyres. They included Sebastian Vettel, who was so slow he held up Timo Glock and was overtaken by the Marussia.

Fernando Alonso also went out on intermediate tyres and set a time good enough for tenth. But he spun at Stowe on his final lap and clipped the barrier, taking off his front wing.

The session ended with Hamilton on top ahead of the busy Kobayashi. Romain Grosjean and Daniel Ricciardo – the fastest two drivers from the first session – opted not to set times.

29 comments on “Hamilton heads another wet practice session at Silverstone”