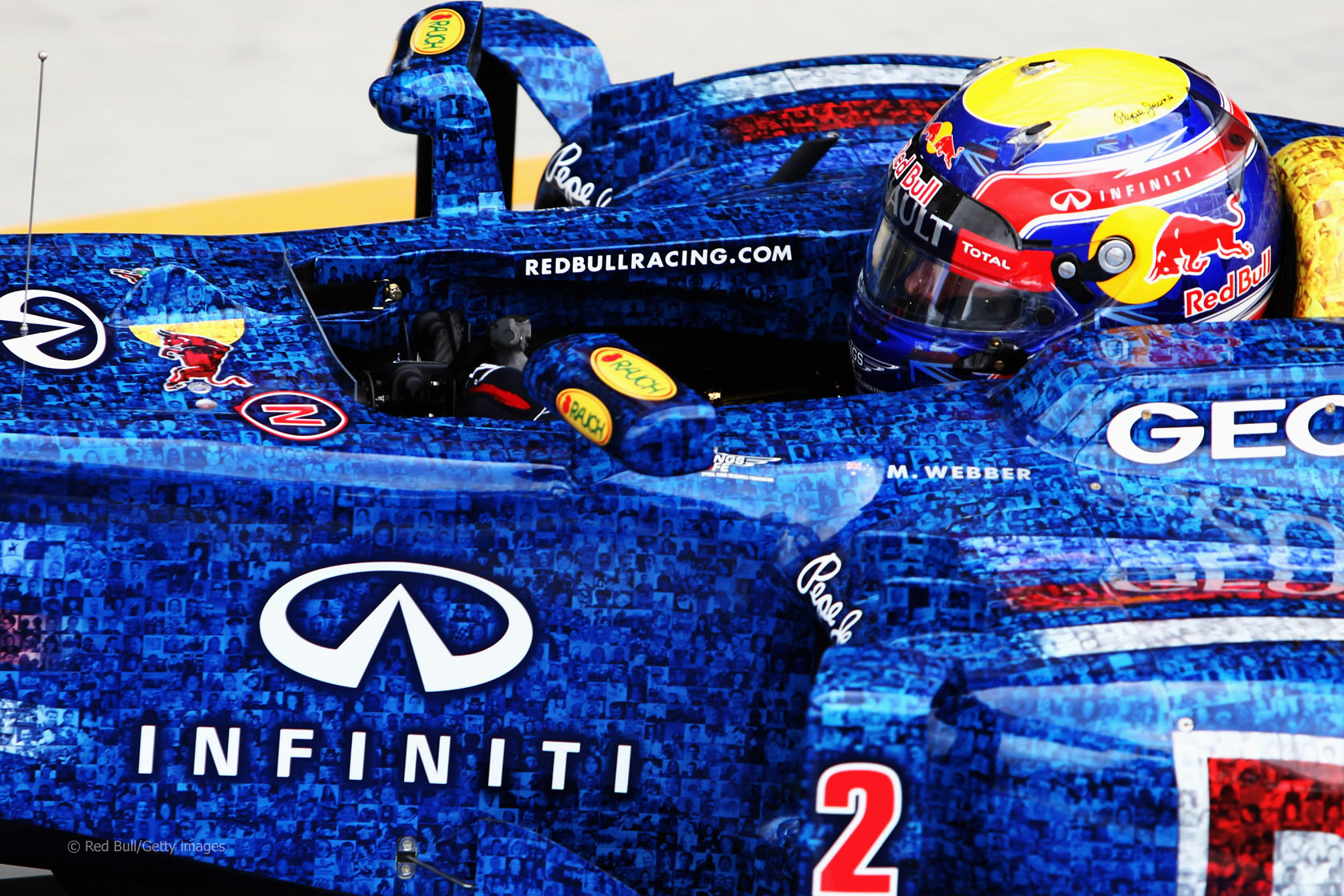 Mark Webber will continue to drive for Red Bull in 2013, the team has confirmed.

Team principal Christian Horner confirmed Webber’s contract had been extended for another year. He said: “Mark has driven very well in the first nine races of this season and his performance has been impressive.

“Much of his Formula One success has been during his time with Red Bull Racing and together we have achieved 10 poles, nine wins and 31 podiums.

“As there was a strong desire from both sides to continue the partnership, it was a logical decision to extend our relationship and it is with great pleasure that we confirm Mark will drive for us in 2013.”

Webber added: “I?¾įķ╝įõ¾ve been with Red Bull Racing since 2007 and have achieved nine Grand Prix wins during that time. I?¾įķ╝įõ¾m high on confidence at the moment and firing on all cylinders. I know the team well and I?¾įķ╝įõ¾m very comfortable here; we have grown together over the years and it feels like absolutely the right thing to stay with Red Bull for another season.

“The team is constantly working hard to improve in all areas and we?¾įķ╝įõ¾ve shown that together we can win races. It?¾įķ╝įõ¾s great to be able to make this announcement off the back of the win in Silverstone at the weekend and I?¾įķ╝įõ¾m looking forward to competing on the edge and pushing myself in every race again next season.”

Webber admitted he had talked to other teams about 2013: “There were discussions with Ferrari, but my decision was to stay here.”

He described his working relationship with Sebastian Vettel as “very good”:

“Obviously with Seb, we?¾įķ╝įõ¾ve worked very, very close together for a long period of time now. I think no-one would really have envisaged how long we have worked together, so that?¾įķ╝įõ¾s probably been a bit of a surprise.

“There are not many team-mates staying together for that long in Formula One, but it?¾įķ╝įõ¾s proved to be a successful partnership with both of us working very hard with the key technical members of the team. It?¾įķ╝įõ¾s been a potent operation.

“We?¾įķ╝įõ¾re still competitive when we hit the track, no question about it, especially in 2010 and this year. Last year there wasn?¾įķ╝įõ¾t much racing between Sebastian and I, but in 2009, 2010 and this year, there have been some great battles.

“That?¾įķ╝įõ¾s been enjoyable for the team, sometimes stressful too as it?¾įķ╝įõ¾s not easy for both of us to be at the front and I can understand that, as both of us are thinking about ourselves sometimes, but ultimately we know that we need to get the cars home and get the best results for us and the team.”

Webber refused to be drawn on whether he would call time on his career in the sport after next year: “I?¾įķ╝įõ¾ve been asked this question for the past four years and my answer remains the same.

“It?¾įķ╝įõ¾s a results-based sport at the front of the grid so the future lies in my own hands. It?¾įķ╝įõ¾s down to me to deliver the on-track results.”

He added that having his contract for next year finalised would make it easier to focus on delivering results this year: “That?¾įķ╝įõ¾s another reason to just get it to bed.

“I’ve been hearing different rumours and reasons for a long time now. At the end of the day I know everything that has been going on. You want to make sure your focus is clearly on driving the car and the guys that you?¾įķ╝įõ¾re working with. It?¾įķ╝įõ¾s important the team knows you?¾įķ╝įõ¾re 100% with them, which, of course, I am.”