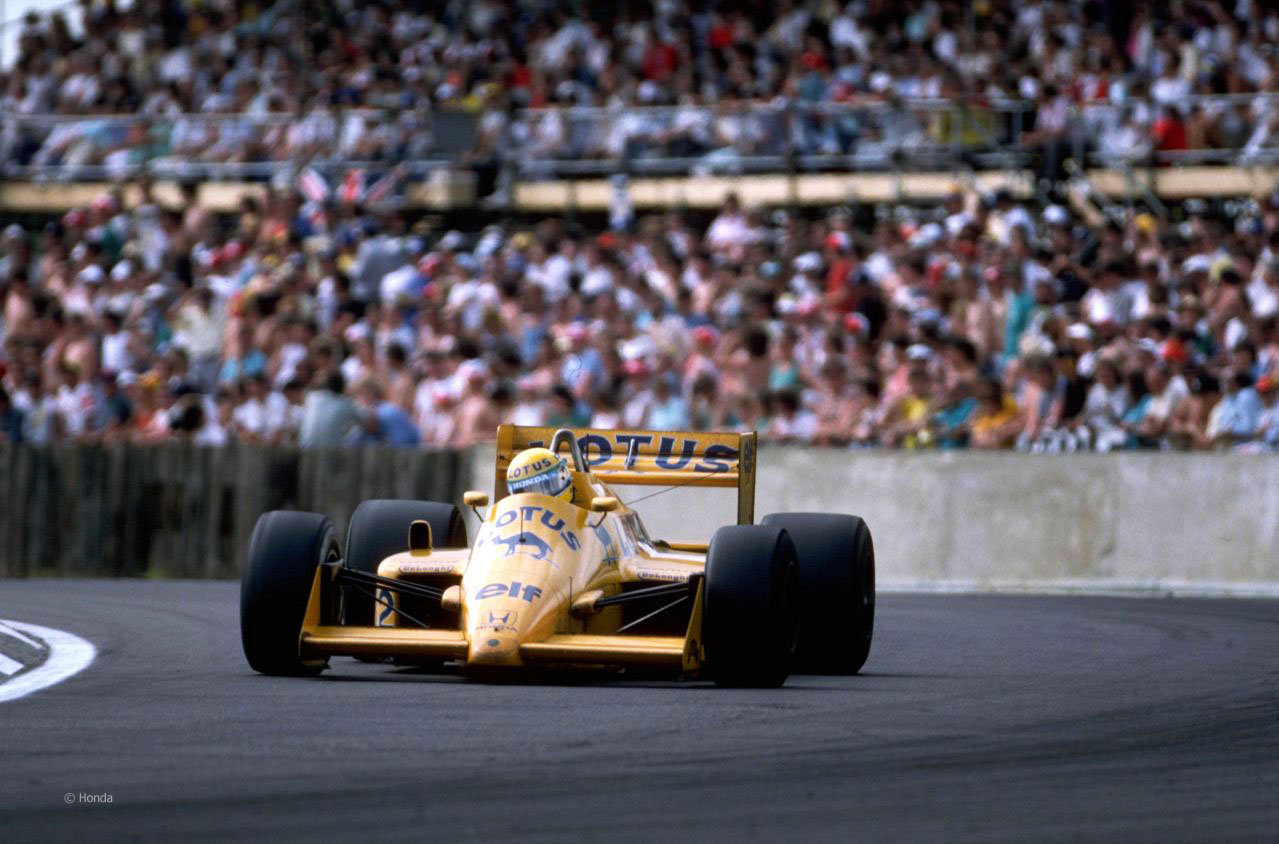 Ayrton Senna drives a Lotus-Honda 99T during the 1987 British Grand Prix at Silverstone.

Senna went into the weekend leading the drivers’ championship after wins at Monaco and Detroit.

He was outclassed by the Williams pair at Silverstone, qualifying a second slower than them.

He was a lapped third in the race but scored enough to retain a one-point lead in the championship over Nelson Piquet and Nigel Mansell.