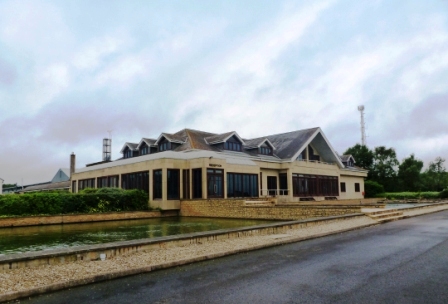 Caterham has begun renovating the Leafield site in Oxfordshire where the team will relocate to later this month.

Team principal Tony Fernandes said: “It is hard to believe that it is less than three years since we first walked into the empty factory in Hingham where we started the F1 team back in 2009.

“At that point we had four full-time employees, a couple of notepads and a rather daunting joblist that many people said was utterly unachievable.”

Fernandes added: “We have had a couple of well documented issues along the way, but we are now in the middle of 2012, 34 months since work started on our first F1 car and I think we have reached the most important point in our development so far.

“The F1 and GP2 teams will be first in place in Leafield, and Caterham Cars will be moving its HQ to Leafield in due course. Caterham Composites will remain in Norfolk and CTI will retain its offices in Germany whilst expanding production into the Hingham site to join Caterham Composites at the base we have owned since 2009.”

Fernandes continued: “To any observer of what we have achieved in such a short space of time this is incredible. From a starting point of zero we now have more than 500 staff working on a range of extremely exciting projects.

“Our F1 team is about to make the final step to join the established teams ahead, our GP2 team has already won in Monaco and we will soon start sharing the plans we have in place for Caterham Cars, fuelled by CTI who are leading the design and production concepts we have for our roadcar operation.

“Caterham Composites will be making a couple of announcements in the next few months that will propel them to the forefront of their cutting-edge industry and, alongside the roadcar work, CTI is already branching into a number of new industries that will see their expertise showcased in some very surprising environments.

“Work has now started at Leafield. The first task is to refurbish the whole site and prepare it for a long and successful future. While that work is taking place the F1 team?óÔéĽÔäós race trucks have left Hingham with our 2012 race cars for the last time.

“The next time they are back in the UK they will go straight to Leafield and that is excellent news for everybody associated with Caterham Group. More than 200 of the F1 team staff are making the move to Oxfordshire over the next few weeks and when we have finished the refurbishment, in late October 2012, we will have a facility that will put us on a par with the teams we are trying to catch in F1.

“Importantly, it will also give us the base we need to allow Caterham Group to achieve the impossible for many years to come. This is why I am so excited about what we have ahead of us, and this is why I am now dreaming of bigger, better and more ambitious plans than ever before.”