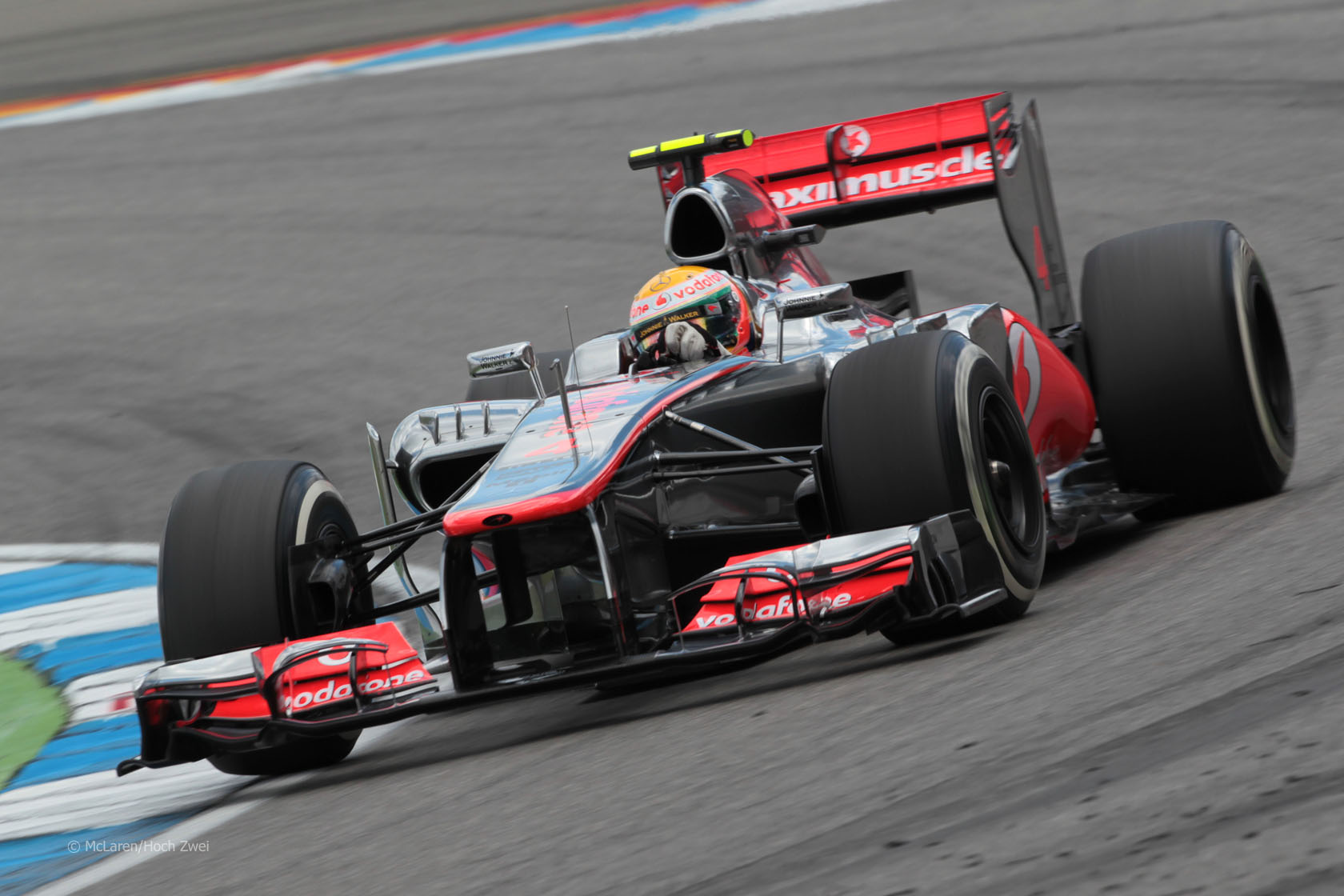 In the round-up: Lewis Hamilton defends his driving after being criticised by Sebastian Vettel and Christian Horner for unlapping himself during the German Grand Prix.

Sebastian Vettel: “It’s a bit stupid to disturb the leaders. I think that potentially lost us the position to Jenson [Button].”

Lewis Hamilton: “It doesn?óÔéĽÔäót really bother me what he says, I guess. It shows his maturity. I don?óÔéĽÔäót think I?óÔéĽÔäóve made any silly decisions throughout the race. I had nothing to gain apart from staying out of the way of my team mate.”

Christian Horner: “Why was he interfering with the race leaders? He should have respected the fact that they were ahead on the track.”

Intelligent Alonso shows he has all the answers (BBC)

“After standing on his Ferrari’s nose to milk the applause, Alonso turned to Button and said: ‘You couldn’t beat me?’ He then pointed to Vettel and said: ‘He couldn’t either.'”

Hamilton: “My second-lap puncture was incredibly unfortunate: there was debris scattered across the full width of the track and I didn?óÔéĽÔäót have any option other than to drive straight through it. What?óÔéĽÔäós more frustrating is that, at the time, I was the eighth car through ?óÔéĽÔÇŁ so to be the one to get the puncture is just cruel luck.”

“I believe we still don?óÔéĽÔäót have the fastest car, if we had the fastest car maybe it would be easier to win. We need to improve the car, and we need to make sure our car is good in all the different conditions, wet/dry, different kinds of tyres, and so on.”

Stefano Domenicali: “When I first saw the note from the technical delegate, I said ‘stay focused on our job today.’ This is something that engineers see and they try to think about. But no, stay focused on what you have to do. Forget about what is happening.”

“After his office intimated that he would fly in late on Saturday, Ecclestone apparently had a change of heart, saying that he did not want to be ‘a distraction’. German media had speculated on Friday that Ecclestone might be arrested if he attended the race.”

Button on his flat spot during the final stint: “It gave me a little bit of a headache, but that was about it. It was unusual. I guess they just weren’t up to temperature when I hit the brakes that time. We’ve been very good with front-locking in this race. Normally it’s a big issue with the McLaren. In testing we had big issues with front locking. We did some set-up work and we’ve solved a lot of that, which is great for us.”

There’s been a lot of discussion recently over Ferrari using Italian in their team radio messages. Bullfrog reckons it’s up to TV broadcasters to translate them instead of forcing Ferrari to use English:

Sky are asking people to pay a premium for their service ?óÔéĽÔÇŁ the least they can do is find someone to translate the messages, instead of making lame jokes and sounding amazed that people speak in funny foreign languages…
Bullfrog

Five years ago today a furious Scott Speed claimed his Toro Rosso team were trying to force him and Vitantonio Liuzzi out.

Sure enough, it soon turned out Speed had already started his last race: he was replaced by Sebastian Vettel at the Hungarian Grand Prix. Liuzzi was dropped at the end of the season to make way for Sebastien Bourdais.

197 comments on “Vettel and Hamilton at odds over unlapping”